If you haven’t already, check out our definitive oral history commemorating 20 years of High Fidelity. In the meantime, grab a Cosby sweater, put on a “Little Latin Lupe Lu”, and pull up a stool next to our favorite record-shop snobs, Dick and Barry.

“That’s what I love, Todd. You didn’t even tell him I was gonna be on the horn.”

Jack Black and Todd Louiso make up the perfect mismatched comedy team in High Fidelity. Todd’s subtlety made for a great marriage with Jack’s, um, less-than-subtle approach. Watching the two of them onscreen together, as Barry and Dick, respectively, is like watching two really great musicians who are talented on their own get together and lay down a kick-ass track. Together, it’s sheer magic. And as we would come to find out, that same dynamic would extend offscreen.

“If there was a universal battle between Jack and Todd,” says Steve Pink, High Fidelity’s co-screenwriter, “there would be no winner. And that’s hard to do when you’re facing off against Jack. And so that was the brilliance of Todd Louiso: that he could hold his own against one of the most brilliant maniacs ever on-screen.”

To mark High Fidelity’s 20th Anniversary, we compiled an extensive oral history with the film’s cast and crew. When we reached out to Todd Louiso to conduct his interview for the piece, he said yes almost immediately. However, little did we know that he had a surprise in store for us.

The following is some of what transpired. Without a doubt, this conversation would find its way into any journalist’s personal top five. So much of what we had to work with went beyond the confines of the oral history format, but was also way too good to hit the cutting-room floor. So here are some additional bonus excerpts from our glorious, freewheeling conversation with Todd Louiso and his special guest.

Thanks for doing this, Todd.

Todd Louiso: No problem. So, it’s me and Jack you’re talking to.

This is a fantastic surprise.

I feel so ambushed right now, you have no idea. 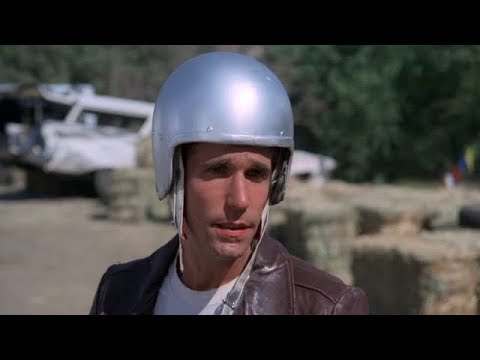 Louiso: Yeah, we decided we would give you a big Malachi Crunch.

Black: Are you familiar with the Malachi Crunch?

Louiso: I don’t know. He might be too young.

Black: It’s a wrestling term. I think it’s from way back in the days of like Iron Sheik.

Louiso: It’s not a wrestling term! Oh, my God. I can’t believe you just said that. Malachi Crunch is from Happy Days.

Louiso: It’s from the demolition derby and the Malachi brothers … they would do this thing where they’d crash their cars into you at the same time.

Black: Yes, I stand corrected. That is the correct origin of the Malachi Crunch. 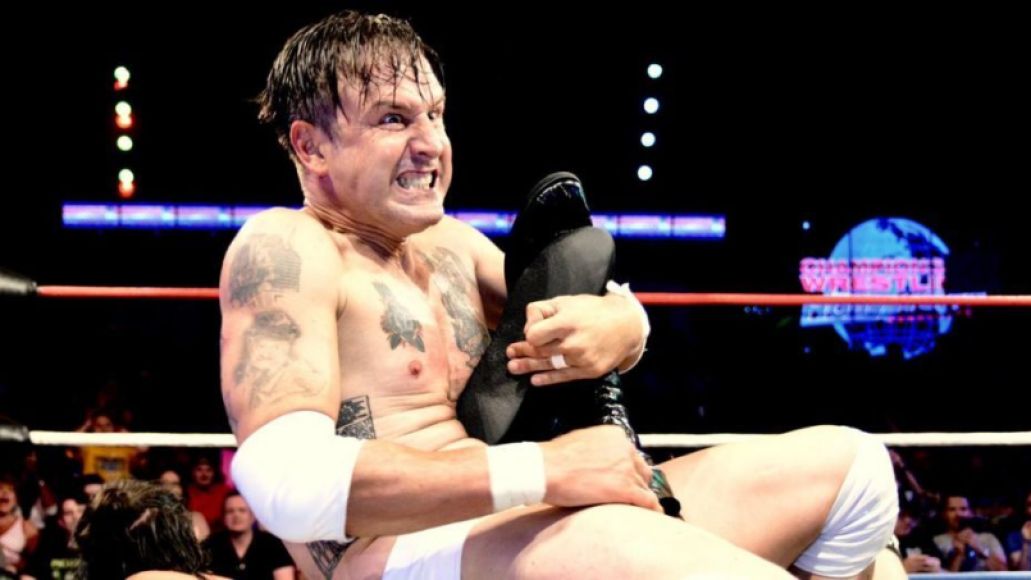 Louiso: They had offered my part to David Arquette first, and he passed. And then glory came to glory. Glory hole. I knew I’d find some way to work glory hole in. Thank God he passed.

It’s all full circle back to the Crunch.

Black: He’s doing the Malachi Crunch whenever he gets the opportunity. The famous wrestling move.

Louiso: With the Iron Sheik.

Black: That’s right. David Arquette and the Iron Sheik, who will forever be known for the legendary Malachi Crunch.

Louiso: I’m so disappointed in the wrestling Malachi Crunch.

Black: Let me tell you something. The moment we get off this call, I’m going straight to Wikipedia to see if there’s any alternate usages. Was it really just in drag car racing, or was it then appropriated by the Iron Sheik in 1978 for the Malachi Crunch?

Louiso: My screen grab of the cars. You weren’t confused by that at all?

I promise I will find a connection between Happy Days and High Fidelity somehow.

Black: Oh, yeah. There you go.

Black: But who’s the Fonz?

Louiso: I guess that’s the thing. It has to be … Um, Tim Robbins?

Oh yeah, it would have to be Springsteen.

Black: Fonz didn’t get a big part, but it is very memorable. 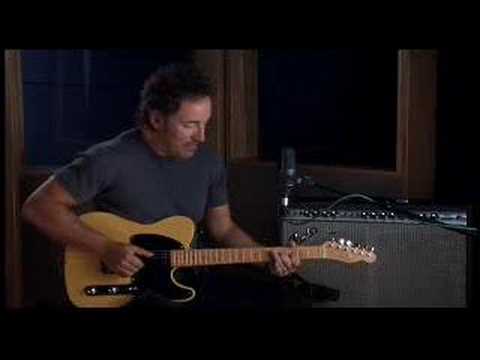 Speaking of Springsteen, did you guys feel a connection to this world of music?

Black: Yeah. It was mostly the influence of Dan Koretzky. One of the writers, DV DeVincentis, was really good friends with Dan Koretzky who owns Drag City, a little indie music label.

Louiso: That was really incredible. He introduced me to so many people. So many singers and songwriters. It was amazing.

Black: Recently, one of the Drag City artists passed. The Silver Jews.

Black: But yeah. A profound impact on indie rock of the ’90s but carrying through to today. But that was cool to be in close proximity to that kind of culture. And that was key to the success of the movie, too. I feel like it came at a time out of the indie rock steam of the ’90s, because it came out in 2000 when it was still riding that crest of fascination with indie rock and small indie record stores. It’s kind of the last the Mohicans. It’s this last shining moment and we kind of captured it.

Louiso: And the Royal Trux. 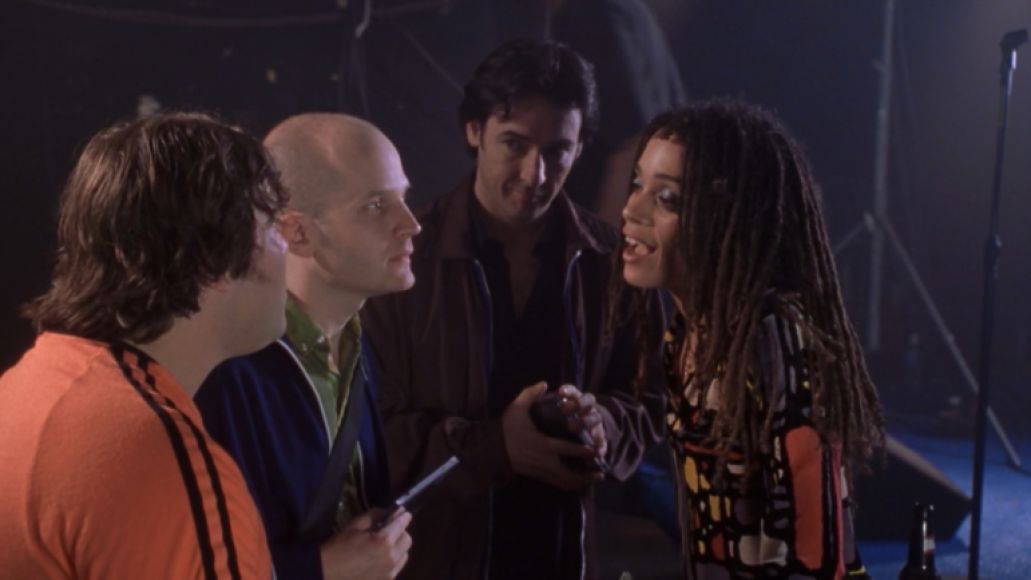 It all feels like a time capsule for that moment in time.

Black: Yeah. Remember we were hanging out one night, just wandering the streets of Chicago, and Dan Koretzky had invited us to some kind of party in the groovy kind of neighborhood in Chicago? We wandered in there and it was like a scene out of High Fidelity. It was just a really dark, fun hang. And it was an invariable who’s who of the music underground. Tell me if I’m remembering correctly. Wasn’t that dude from Pavement there?

Louiso: Yeah. It was after the Pavement show. I remember this. I made you leave early.

Black: That’s right. You were right to do it.

Louiso: I don’t know if I was in hindsight, but maybe.

Black: Well, I was interested in a girl; I think her name was Demon. And you pulled me away from her, and I’m grateful, but I did always wonder, “What would’ve happened to Demon and I?” If we connected on a deeper level.

Louiso: I won’t get into that.

Black: You didn’t trust Demon. I don’t know why. With a name like Demon.

Louiso: I was looking out for you.

Black: She had the number of the beast tattooed on her forehead. I just thought it was so charming. (Laughs) 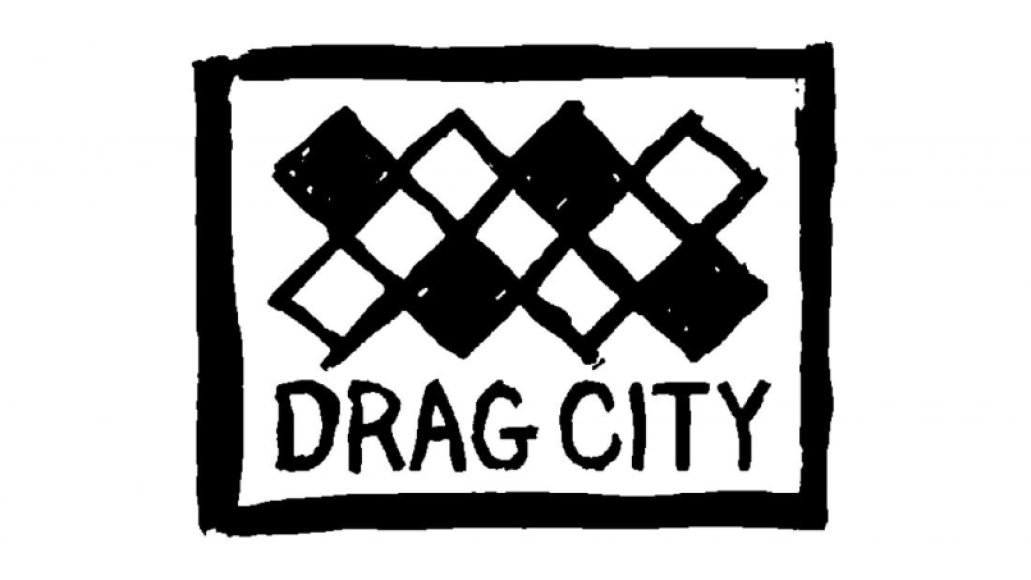 Black: Who was the lead singer from Pavement? Stephen Malkmus.

Louiso: There were some things happening at that party. It just got late. That’s all it was.

Black: There was a Smog song on the soundtrack, and we got to meet Bill Callahan, the lead singer of Smog.

Louiso: And the Beta Band.

Black: And there was that band called Plush. There was that one dude, and he was super eccentric and apparently super hard to nail down to do things. Rufus Blake-y but a lot of genius. There was a lot of that energy around the world that Drag City kind of brought to the movie. It added an air of legitimacy because those people were involved. And they were in the movie, too.

Louiso: Going out to places like that. You and me being able to go out to bars and parties like that helped create that world. One of the highlights of my life was getting to sing backup on a song they were recording. I just loved it. 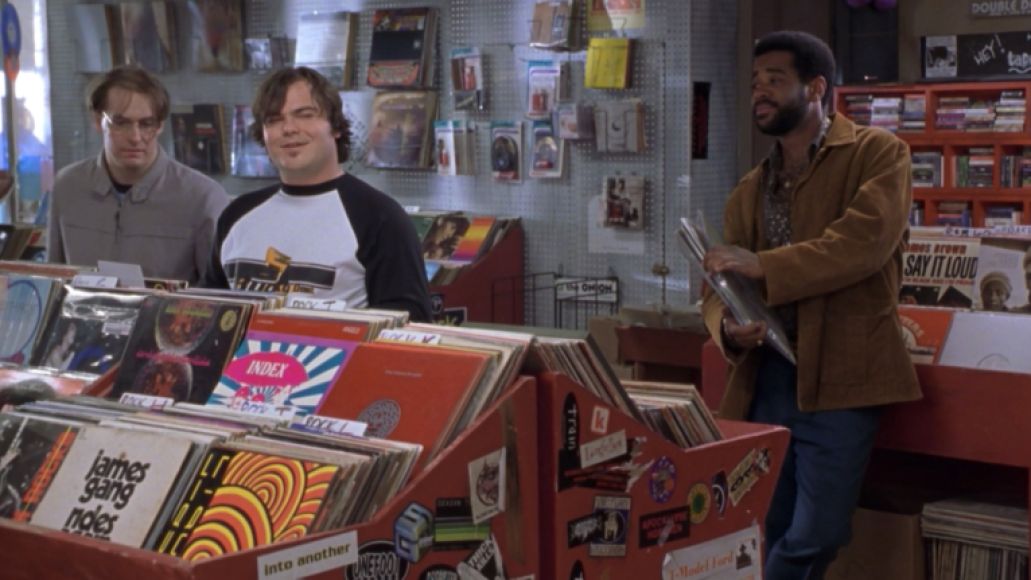 What was the song?

Louiso: We were just recording something at Drag City.

Black: It was a weird time machine we got in there.

Louiso: Black, by the way, you remember when you changed hotels on me?

Black: Yeah. Wait, we were at The Drake. Where were you?

Louiso: We were at a really nice hotel.

Black: Yeah, we were at a really nice hotel, and I bumped it up. Yeah, what was with me? Already, even though I wasn’t used to this big-time Hollywood thing, it didn’t take me long to say, “I deserve a better hotel than this four-star hotel. Four Stars? Is that all you got? Where’s the five-star hotel? Thank you!” (Laughs). It did not take me long to get very entitled. You’re right. I forgot about that. 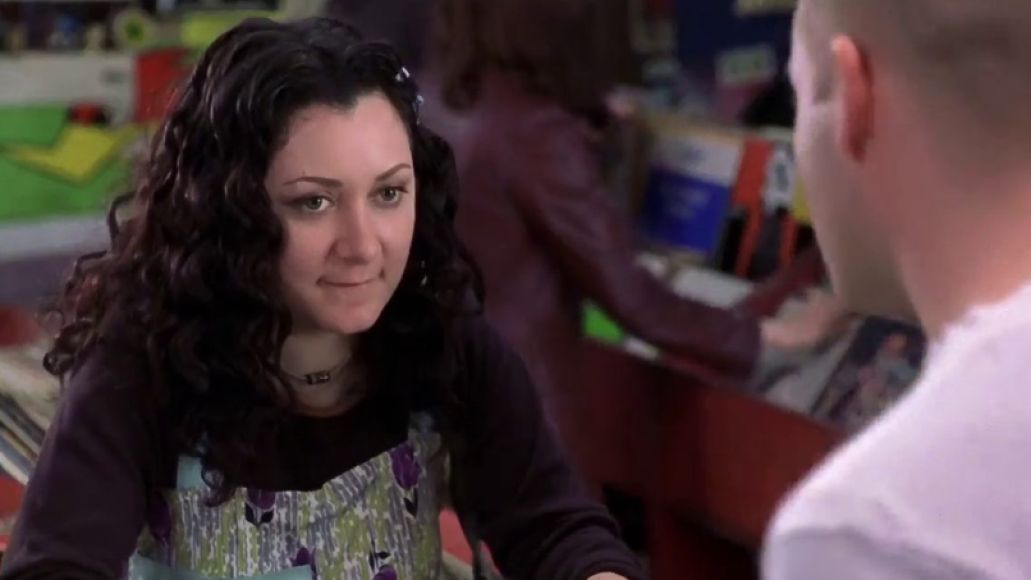 Louiso: It wasn’t a snub, but it was like a desertion.

Black: Yeah, I left you in the dust, and I apologize for that. I would say that I’ve felt guilty about it this whole time, but this is the first time I’ve remembered it in 20 years.

Louiso: But you would come pick me up at the hotel and then we’d hang at the Drake and at the other hotel.

Black: And funny, little story. The doorman at the Drake hotel was a guy that used to be friends with Eddie Vedder back when Eddie Vedder was just starting out in Chicago as a singer, before he was in Pearl Jam. And he said, to prove it, there’s a song about him that Eddie Vedder put on an album called “Leadbetter”.

Louiso: And is it the truth?

Black: I don’t know. Apparently, I met a good, old friend of Eddie Vedder’s, named Leadbetter, that felt a little abandoned by Vedder because they were tight, and then Vedder went into the stratosphere, and this dude was still the doorman of the Drake. So, I think he thought he deserved to be on that rocket ship to the moon. Maybe he let Eddie crash on his couch for a few months or something? I don’t know. But Eddie, if you read this article, give your buddy Leadbetter, I don’t know, some tickets to the show. What does a guy have to do to get a backstage pass, Eddie?? But I guess Leadbetter felt a little bit like you did, when I bunked up at the Drake and left you in the dust. 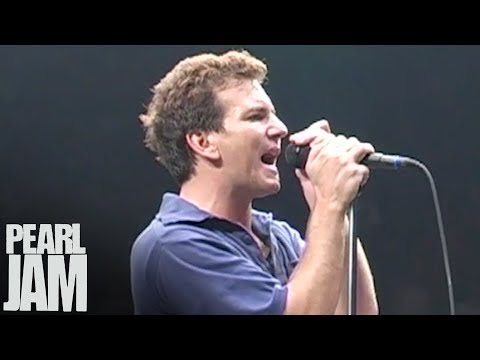 Louiso: Kind of, yeah. I’m still doormanning over at the Omni.

Black: (Laughs). The Omni. I think it was the Omni. Was Lisa Bonet at the Omni?

Louiso: She was. I don’t want to say I blew it, just because I wouldn’t smoke the pipe with her.

Black: And then Jason Mamoa swoops in. The lesson of the story is always smoke the pipe when Lisa Bonet offers.

Louiso: I was keeping everybody in line.

Black: Actually, I think Lisa Bonet may have been the Fonz of the bunch.

Black: She’s even cooler than The Boss. 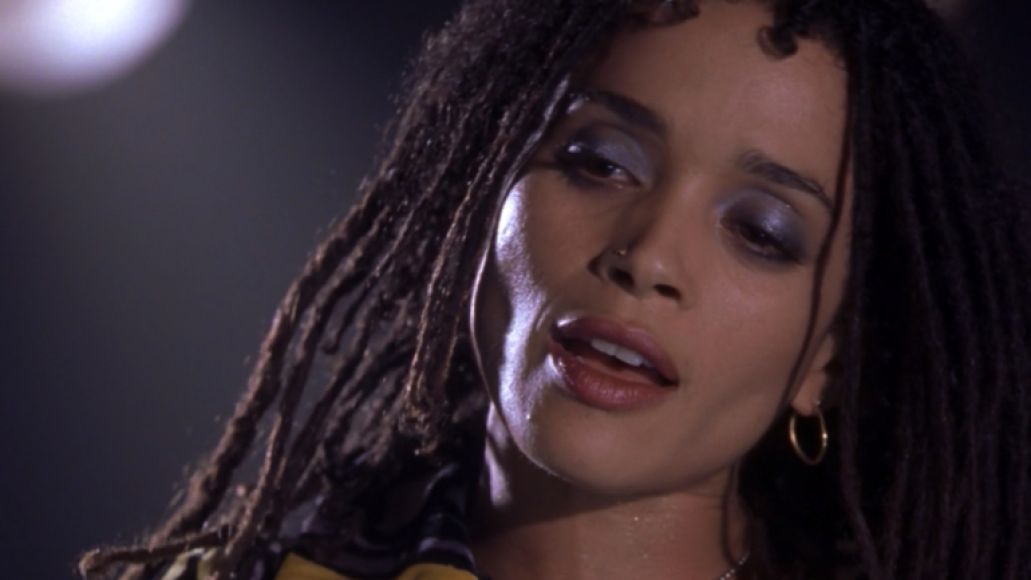 Louiso: I had a story. I was walking, on one of our days off, and I ran into her on the street. And she started walking with me. And we went kind of shopping with me and she put her arm through my arm.

Black: Well, you know what? In that moment, I contend that you were a thing. 100 percent. That thing was not boyfriend and girlfriend, but it was a thing that was warm, and there was a real affection.

Louiso: And trust. I’m so happy that we found out that Lisa Bonet is the Fonz.

Black: Oh, yeah. That should be the headline of the whole piece. Lisa Bonet equals Fonzi. Arthur Fonzarelli. 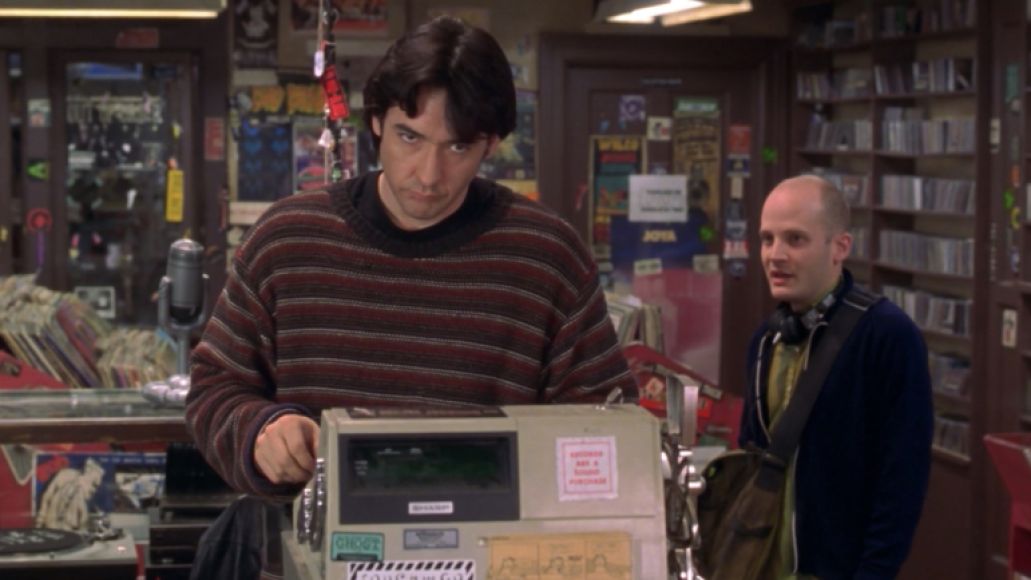 Well, thank you both so much for doing this. This was absolutely epic.

Black: I hope you enjoyed this intense Malachi Crunch. You weren’t expecting it.

Black: That’s what I love, Louiso. You kept it down low. You didn’t tell him I was gonna be on the horn.

Black: Take care, guys. You’re the best. And Louiso, I’ll see you at the Drake.