The Pitch: Sure, vampires drain the blood of the innocent in gory and violent ways on a nightly basis, but most of the time, they’re just trying to get by. For Nandor (Kayvan Novak), Nadja (Natasia Demetriou), Laszlo (Matt Berry), and ‘energy vampire’ Colin Robinson (Mark Proksch), that couldn’t be more true: more of their energy is spent just trying to coexist as roommates in their creaky Staten Island Victorian than stalking the night looking for human prey. But there’s a new dynamic in the house now that a.) the Vampiric Council has cast them out for killing the Baron and b.) Nandor’s familiar Guillermo (Harvey Guillén) has learned he’s a long-lost descendent of Van Helsing. 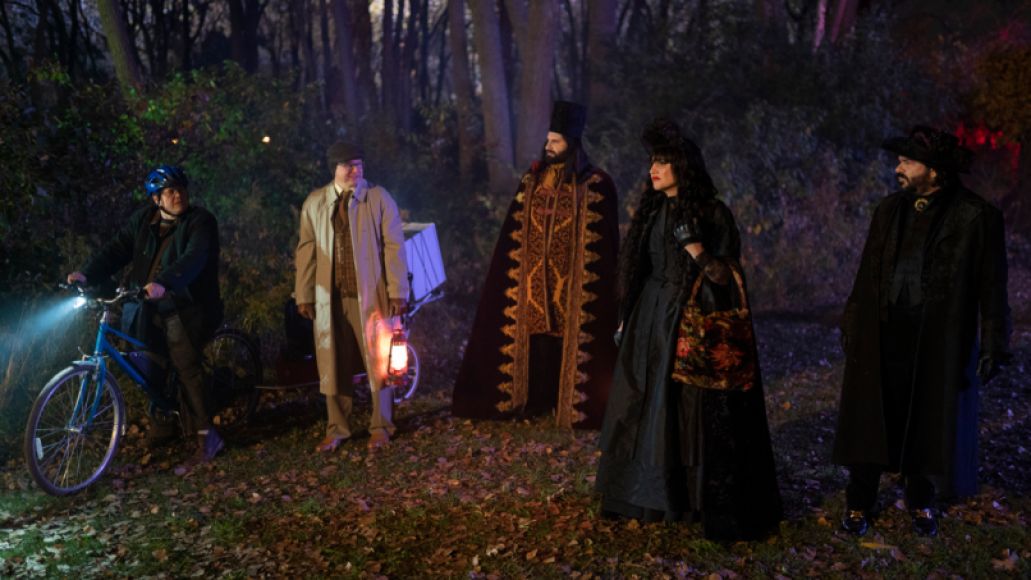 A Taste of the Familiar: Showrunners Stefani Robinson and Jemaine Clement hit the ground running in Season 2 with some new supernaturally-domestic troubles for our band of down-to-earth undead. Novak, Demetriou, Proksch, and Berry are as pitch-perfect as ever; Nandor is a petulant vamp-child emotionally wounded by the slightest inconvenience (which we learn, once Nandor gets a rare chance to reunite with his long-dead spirit, was true even when he was alive). Laszlo remains a sex-crazed lothario who’ll jerk off his own ghost if it means his business on Earth is done. And in the middle of it all is Nadja, as frantically exasperated as ever with the undead fools she has to surround herself with. (And don’t forget Colin Robinson, though if he starts droning on to you about how motion smoothing “should be on for sporting events, but off for films and television”, flee the room.) 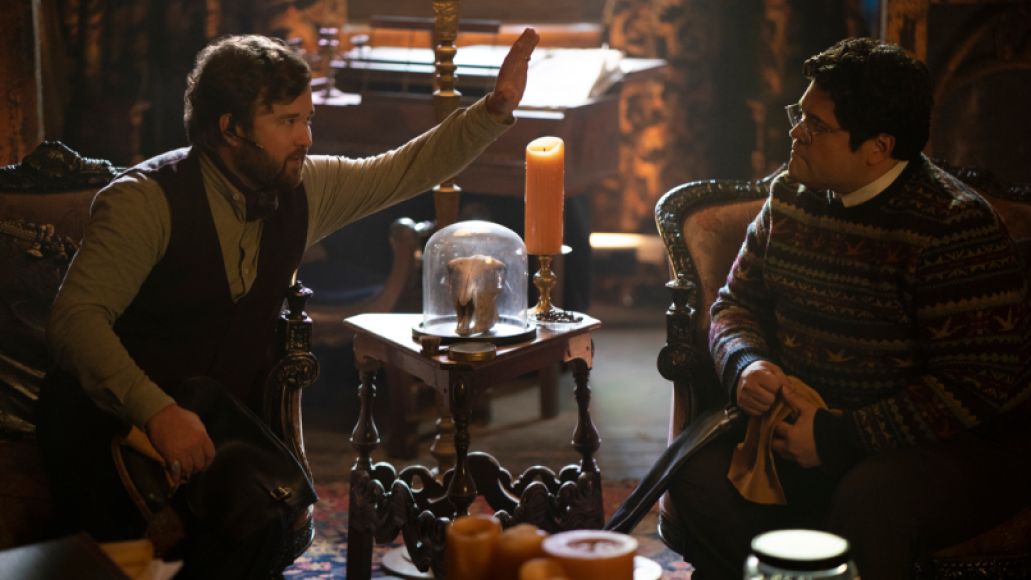 BAT! Like Season 1, the show still has an uncanny ability to mine the inherent comedy out of the most arch of Gothic horror tropes, from headless ghosts to the innate theatricality that comes with vampirism. There’s Laszlo and Nadja’s well-liked familiar Topher (Haley Joel Osment), who ruffles Guillermo’s feathers (and even more when he has to be resurrected). There’s a chain-email curse from Bloody Mary that the trio desperately try to pass on before they suffer a terrible fate. And a Super Bowl party goes horribly awry when their attempt to hypnotize their neighbor Sean (Anthony Atamanuik) ends up giving him the “brain scramblies.” And all of this is punctuated with the charmingly lo-fi effects work (much of it practical) that hits a nearly impossible sweet spot between corny and terrifying.

Some of the horror-comedy moments work better than others: for every clever scene where they visit a scatting, con-man necromancer (Benedict Wong), there’s an extended gag about the vampires thinking they’re going to a “Superb Owl” party, a 2011-Twitter-era joke if ever I’ve heard one. But thankfully, those moments are few and far between, and even Shadows‘ weaker moments still make for delightfully silly television. 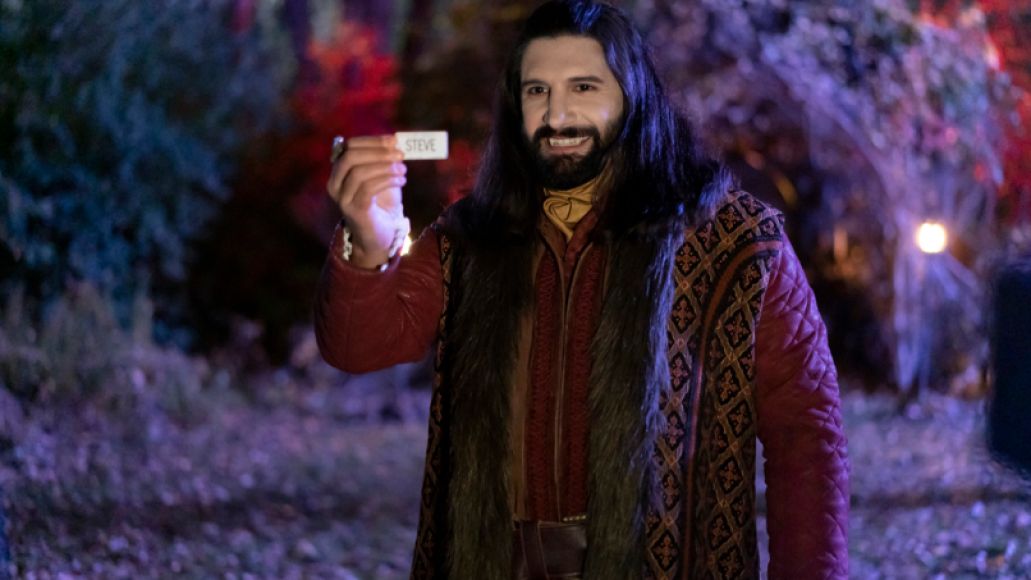 Raising the Stakes: But Season 2 of What We Do in the Shadows feels like it’s going to be Guillermo’s time to shine, the sweet, well-meaning familiar who’s finally allowing his building resentment towards Nandor’s empty promises to send him on more interesting paths. While the rest of the main cast get to flourish and chew scenery as ravenously as they do human throats, Guillén’s perpetually-accommodating straight man is being pushed to the edge this season. And when he runs into a group of amateur vampire hunters (led by Craig Robinson) who like him and want to bring him into the fold, his loyalties are split even further. Seeing the long-standing frustration of a spurned familiar meet the temptation of not just an ancestral destiny, but a healthier friend group, makes for some of Guillén’s best moments of the show thus far. 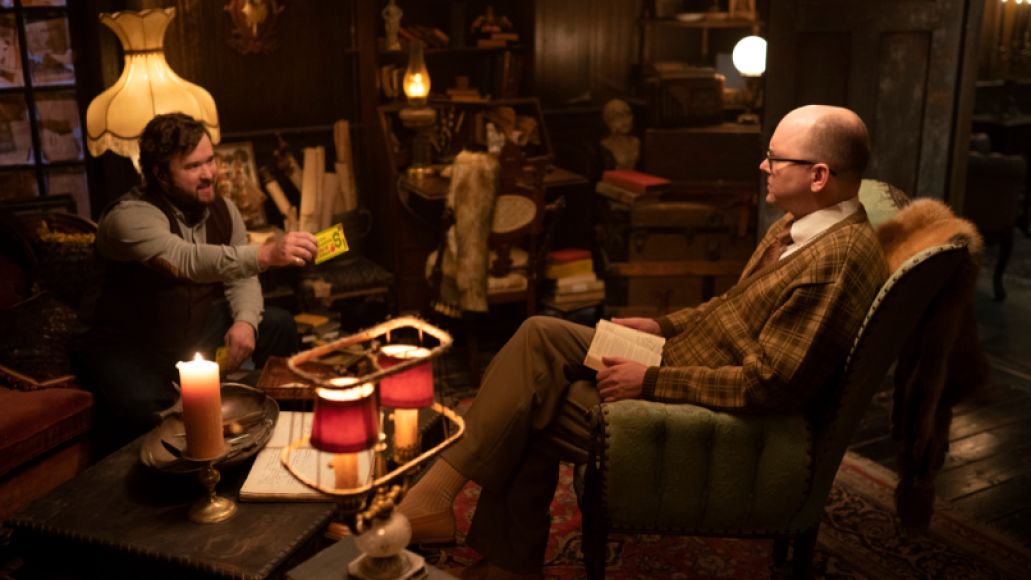 The Verdict: The first season of What We Do in the Shadows was a giddy, grateful surprise, that rare TV adaptation of a feature film that matches, if not surpasses, the original. If the four episodes provided to critics before the season premiere are any indicator, the second season keeps that same joyfully droll energy while promising some much-needed shakeups to the house dynamic in the future. Regardless of the prospective shakeups, though, the show remains clever, pleasingly ridiculous fun.

Where’s It Playing? What We Do in the Shadows enters your home (if invited) for a two-episode premiere April 15th on FX, and runs Wednesday nights at 10pm. (Episodes appear on FX on Hulu the following morning.)

TV Review: What We Do in the Shadows Season 2 Raises the Stakes and Turns the Spotlight on Guillermo