Right before the lockdown started, I was lucky enough to take in performance of the truly phenomenal Jagged Little Pill. With Broadway remaining closed through at least Labor Day, it’ll be some time before people get to witness the stage show again. Thankfully, Alanis Morissette will bring a piece of the production into your home when she hosts the cast and crew for a benefit livestream on Tuesday, May 19th.

Dubbed “You Live, You Learn: A Night with Alanis Morissette and Jagged Little Pill” and taking place from 8:00 to 9:00 p.m. EDT on the Jagged Little Pill Facebook and YouTube pages, the event will benefit the Actors Fund’s COVID-19 relief efforts. As Rolling Stone reports, Morissette will perform and co-host the livestream with SafePlace International founder Justin Hilton

The event will also feature performances and interviews with members of the Jagged Little Pill cast, as well as appearances by many of those responsible for adapting Morissette’s iconic 1995 album for the stage. Confirmed participants include writer Diablo Cody, director Diane Paulus, choreographer Sidi Larbi Cherkaoui, and orchestrator/arranger Tom Kitt.

Fans have an opportunity to participate, as well. They can submit covers of Morissette’s songs via the Broadway show’s website, with select performances to be featured during the livestream. There will also be a chance to enter to win “special surprises” ahead of Tuesday’s event.

In a statement, Jagged Little Pill producers Vivek J. Tiwary, Arvind Ethan David and Eva Price said, “Led by our spiritual guide Alanis Morissette, the entire Jagged Little Pill family is excited to come together to share music and our musical’s messages of joy, healing, resilience and gratitude. We give immense thanks to AmEx for giving us the opportunity and for our cast and creative team for keeping the Jagged Little Spirit thriving during this trying time.”

For a taste of what “You Live, You Learn” might be like, watch the Jagged Little Pill cast’s quarantine performance of “Thank U” in dedication to those fighting coronavirus on the frontlines.

Meanwhile, Morissette was recently forced to postpone her Jagged Little Pill 25th anniversary tour in light of the health crisis. She’s also delayed the release of her first album in eight years, Such Pretty Forks in the Road. 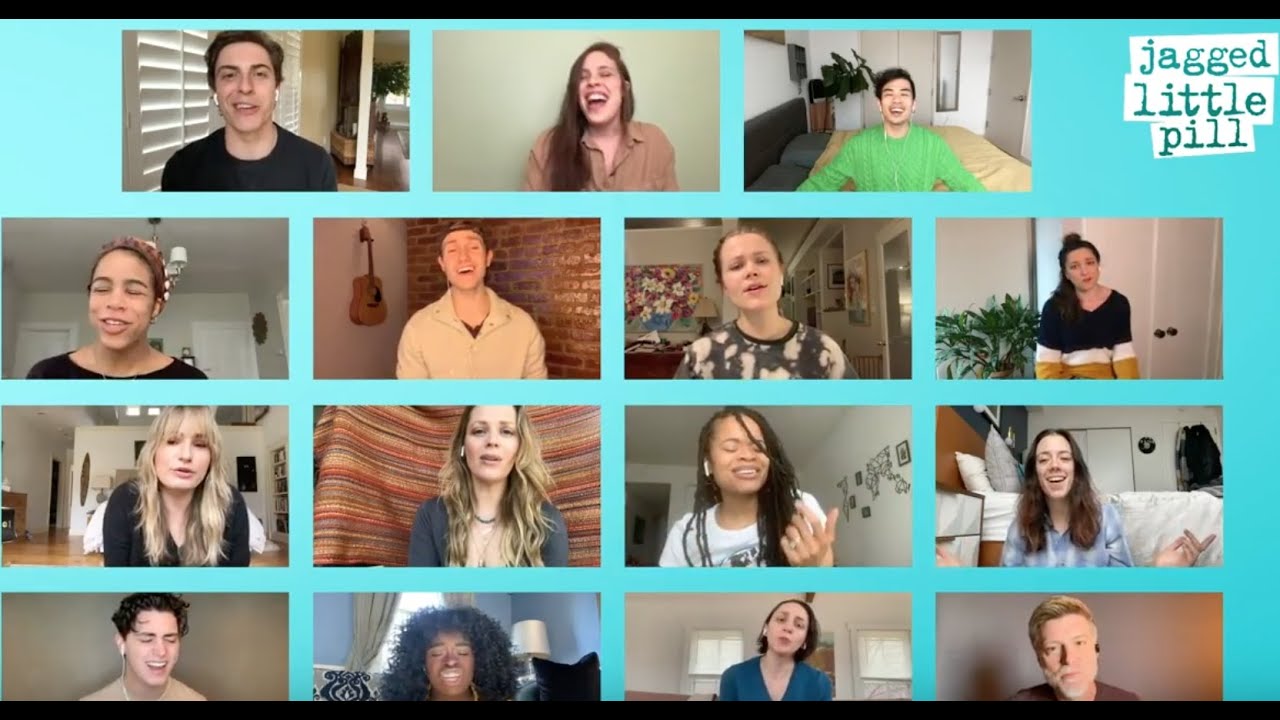