Like we’ve been doing all week, the Death Cab for Cutie frontman was celebrating the 50th anniversary of The Beatle’s final album, Let It Be. Even so, he didn’t actually play any Let It Be tracks, instead opening with “I’m So Tired” off The White Album and “For No One” from Revolver. He later played “Here, There & Everywhere” and “I’m Only Sleeping” off the latter LP, and delivered the former’s “I Will” on piano. He also played the Rubber Soul cut “You Won’t See Me” on the keys before returning to acoustic guitar for that record’s “I’m Looking Through You” and “In My Life”. A Hard Day’s Night also made an appearance with “I’m Happy to Dance with You”.

In the middle of the set, Gibbard took Beatles-themed questions from fans. He said Paul McCartney was his favorite of the Fab Four because “I like Paul’s songs the best.” He continued, “I think George is the coolest Beatle, because he kinda hung out and saved all his songs for All Things Must Past, just kinda chilled and stopped giving The Beatles songs…. I feel John would have been the most annoying to hang out with.”

Emphasizing his choice, he picked Macca’s Ram as the best post-Beatles solo effort. “I feel like the right answer for that is always usually the first [post-breakup] George Harrison record, [All Things Must Past],” he added, “but I dunno, I love Ram. I also really love [John Lennon’s] Mind Games, too.”

50 Reasons We Still Love The Beatles’ Let It Be

Gibbard also talked about his first encounter with a Beatle, a momentary interaction with McCartney on a flight from Los Angeles to London. The Death Cab for Cutie members were talking with the guys from Keane when DCFC’s Nick Harmer got hit in the head with a bass case. He looked up to see the guy behind the person who’d just bumped him with the case was indeed Paul McCartney, heading to first class. Gibbard recalled,

“For the next nine hours we’re 40 feet away from Paul McCartney. But we’re of course not going to go up there and try to talk to him or anything like that, because that’d be totally rude… I think I might have sent him a note that said, ‘Hey, thanks for the name,’ or something like that, because we had taken Death Cab for Cutie from ‘Bonzo Dog’ in The Magical Mystery Tour… Passed a note to the flight attendant, they pass it to him, flight attendant comes back, ‘He says’thank you.'”

Watch the whole performance, which came in support of Seattle-based non-profit Amara and their efforts to help foster care kids and their families, below. 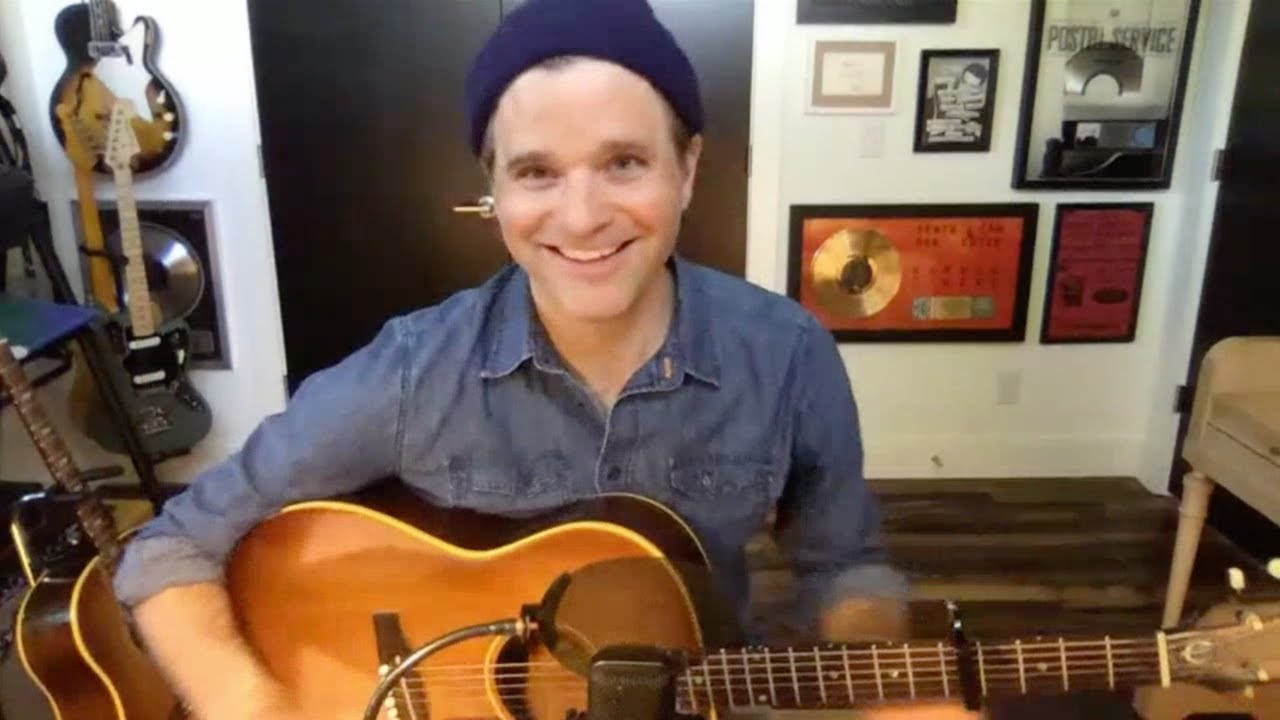