Oral History offers the most comprehensive retelling of a pop culture artifact.

Kevin Smith is no Silent Bob. Contrary to his on-screen persona, the New Jersey filmmaker was the loudest slacker of the ’90s, and he used that voice to define his generation. At the time, Generation X appeared confused and lost to boomers everywhere, who all felt their eldest children lacked the necessary drive to figure out what should come next. Smith capitalized on that perception with a script that mined the angst and anxiety of his fellow maligned twentysomethings.

It proved successful. With Clerks, Smith joined a cadre of young independent filmmakers in the mid-’90s, who all would help usher in the next era of Hollywood filmmaking. Unlike his peers, though, Smith stuck to his guns, refusing to leave his great state, and spent the rest of the decade carving our parables in the Garden State. He created his own universe, long before his influences would go on to create theirs, and it spawned both a devoted cult following and a unique brand.

By the turn of the millennium, Smith could do anything. With Mallrats, Chasing Amy, and Dogma behind him, a pivot into mainstream Hollywood filmmaking was all but a guarantee for Smith. Instead, he turned away from the cameras, ditched the sets, and embraced the ink he grew up on to create an animated series. But not just any animated series, one based on the very film that gave Smith the proverbial keys to his kingdom.

Even now, the idea of Clerks: The Animated Series seems like a stretch; after all, it’s not like the lewd, black-and-white comedy screams for the animated treatment. But, by bringing in Seinfeld writer Dave Mandel, longtime producer Scott Mosier, and surrounding himself with some of Disney’s sharpest animators, Smith unlocked the shudders on the Quick Stop, and recalibrated his own source material into an entirely new medium and universe.

And so, Clerks: The Animated Series premiered on Wednesday, May 31st, 2000 via ABC, only to be canceled two episodes into its six-episode order. It was gone in the blink of an eye, seemingly scrubbed from pop culture, and to no one’s avail. But then something funny happened: The show eventually made its way on to DVD, then on to networks such as Adult Swim or Comedy Central, garnering a cult following that continues to thrive 20 years later. Even now, all Smith has to do is tweet a single phrase, and the show’s legion of fans will reply with their favorite quotes — all from six episodes. 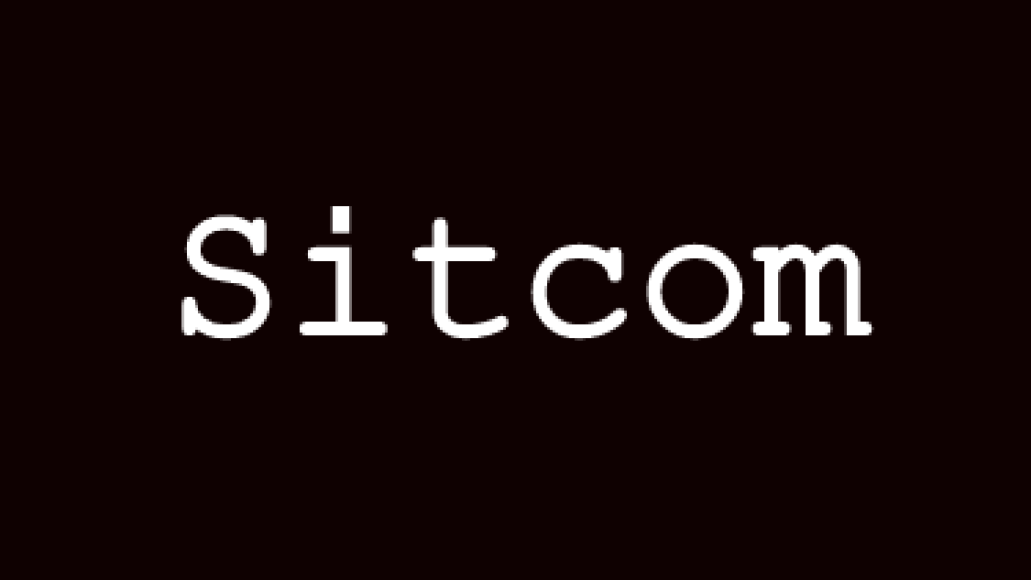 Long before Dante and Randal were ever inked to paper, there was an earlier ill-fated attempt at bringing the film to television.

KEVIN SMITH (CREATOR OF CLERKS/”SILENT BOB”): When we got home from making Mallrats, Scott [Mosier] and I — and when I say home, I actually mean Los Angeles because Paul Dixon the editor was going to be cutting the movie in Los Angeles — went to L.A. for post. And while we were there, Renee Humphries, who was in Mallrats and played Trish, she had emailed me and said “Hey, can you put in a good word for me for the Clerks audition tomorrow?” And I called her because I was like “What Clerks audition?” And she was like, “Oh, there’s a sitcom and I’m going in on it tomorrow.”

RICHARD DAY (WRITER CLERKS LIVE-ACTION PILOT): I was on a TV show, and another producer on that show, who had a deal with Disney, came in mocking that he had been pitched Clerks as a potential series and “Isn’t that a bad idea?” And I heard that and went, “Oh my God. That’s a great idea. I want to do that.”

First of all, I really liked the movie a lot. I also thought it was this chance to do something that you ordinarily couldn’t do on TV if you were the likes of me. As somebody with no particular reputation, they would make me do like a Home Improvement rip off or a Friends rip off. Either a family show or a show with young, attractive people with glamorous jobs.

And Clerks was none of that. It was ordinary looking people in dead-end jobs who didn’t have any real ambitions. I thought that was a good idea for a show. And I thought the fact that they wanted to adapt Clerks meant that they knew what it meant to do an adaptation of Clerks, and that I wouldn’t be held to the same rules that I would have been if I had just gone in cold and tried to pitch without a movie property attached.

And I was wrong. 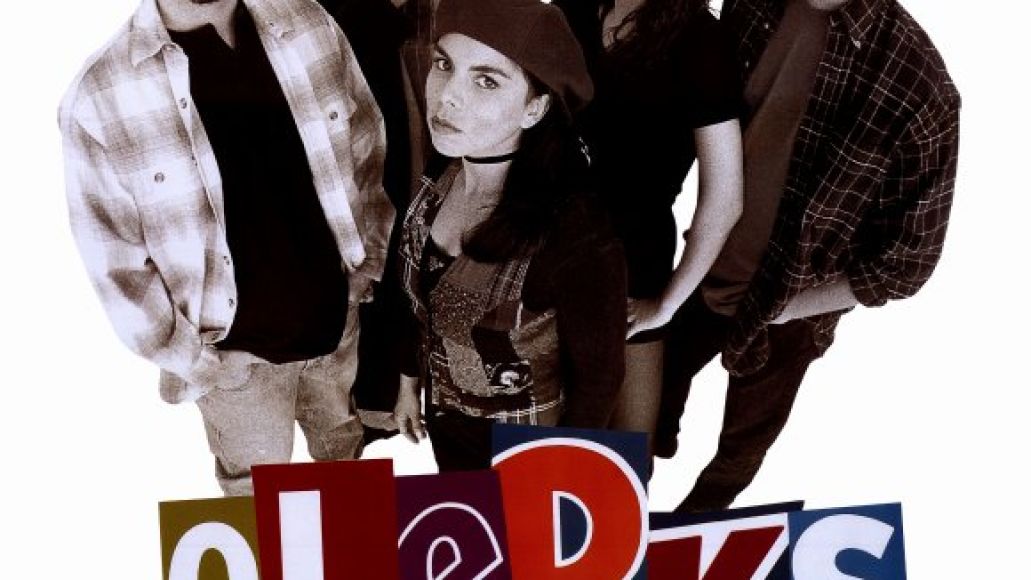 SMITH: I called up my agent — I was at CAA at the time — Tori Metzger and said, “So there’s a Clerks sitcom?” And she said, “Uh yes. When you did the deal with Miramax, when you sold Clerks, part of the deal included television, sequel, and remake rights. So they decided that they wanted to do it as a sitcom.” And I said, “Oh. Who’s doing it? Can I be involved? We’re done with Mallrats.” I obviously didn’t know what we were going to do next. So all of a sudden, the idea of this Clerks sitcom that I had no idea was even being talked about, I was like, “Oh shit. I can go work on that. I’ve got plenty of Clerks stories.”

DAY: Right after I sold the idea that I would do a Clerks show to the WB, I got a call saying Kevin would like to meet you meet you. I assume somebody in his world said, “They’re doing a show based Clerks, do you want to meet the guy who did it?” And he said, “Sure.” So, we had a very short meeting. There was nothing of substance really that happened at that meeting. But you know, he got to meet me.

So, I sit down with him, and it must have been awkward for him in some weird way. Here he was moving forward on a project, and suddenly the guy who created the movie the project is based on shows up. Akin to perhaps Robert Altman or the author of the book M.A.S.H. showing up and being like, “Oh, I want to be involved now in the show.”

So I sat there talking to him during the meal, and we started talking about the show and what it’d be. Eventually, I said, “I’ve got an episode I’ve always wanted to do. A story I want to tell, where basically I want to do an Outbreak episode where Randal thinks the pet store down the street that has a monkey has the Motaba virus.”

Essentially, the episode of Outbreak we did for the Clerks cartoon.

DAY: And here’s what I think was really interesting about those scripts. I won’t say they weren’t Clerks, because Clerks is whatever he says it is, but they weren’t anything that anybody adapting Clerks into a TV show would have felt justified in doing to the property. He took it in a very big direction.

SMITH: And I’m not saying, “What an asshole he is.” I was new to the business, so I never even heard of this term. He goes “Yeah, that sounds like a good B story.” In sitcoms, you’ve got an “A story”, your main story, and then there’s something going on with some of the other characters in a “B story.” So, as he told me the Outbreak thing with Randal was a good “B story,” I was like, “This is never going to work out.” [Laughs.]

DAY: He’s written either two or three full scripts and I don’t know what they are for because we can’t flip one out for the pilot. The network and studio would never let you do that. And there is no show to write episodes for yet. So, I don’t want him to have wasted his time. And I just said something like, “You know, these are good. Maybe there are some ‘B stories’ we can use.” And he was apparently very insulted by that.

SMITH: In any event, we go to the auditions, and we’re there for a few hours. We saw Jeff [Anderson] and Brian [O’Halloran] audition. We saw a lot of young Hollywood audition at that point. Some of the same people we’d seen audition for Mallrats months before. And then we were there for about four hours and it was coming up to lunch time. So, me and Scott were avid cigarette smokers and I said, “We’re gonna go outside and grab a smoke.”

So we went outside to smoke, and as soon as we stepped outside, and the door closed, I lit my cigarette and turned to Scott and said, “Let’s get out of here.” And he goes, “Yeah?” And I said, “Yeah, man. This ‘aint ours. It’s so weird. I feel weird being in there. We don’t even get to say who’s good, who’s not, and who gets to be the guy. They’re not gonna use Brian or Jeff. All of this feels weird, so let’s go.” So, off we went.

DAY: I feel bad that the pilot became as laughable in the wrong way as it did. And part of that were elements outside of my control, such as who the studio wanted to cast. The best things happen, though. Because it failed, Kevin got to do a Clerks show. And he’s the one who has a right to do a Clerks show. So, I’m glad I didn’t prevent him from doing that, because certainly that was a positive experience in his life. Clerks remained a very big part in his work.

Read ahead as Dante and Randal head to ABC…