Recordings from Death’s 1990 and 1991 tours have been unearthed for the fourth entry in the legendary metal act’s archival Non:Analog live album series. The latest installment features tracks recorded at various shows while the band was touring in support of 1990’s Spiritual Healing and 1991’s Human.

LIVE 1990, 1991 UNKNOWN features staple Death songs such as “Flattening of Emotions”, “Zombie Ritual”, “Living Monstrosity”, and “Denial of Life”, among others. The release revisits a seminal turning point in the career of the iconic death metal band. After the pioneering sonic filth of 1987’s Scream Bloody Gore, the late Chuck Shuldiner and company adopted a leaner, more technical approach.

Spiritual Healing is that transitional pivot, touting precise thrashing and a more discernible vocal mix that put Shuldiner’s lyrics to the forefront. Gone was the conceptualized gore-y horror of the first album; instead, Shuldiner looked toward the actual atrocities of society and the human condition for his words.

Human takes this even further. Opening track “Flattening of Emotions” is a clinical, psychological masterpiece of technical death metal. At this point, Shuldiner surrounded himself with musical virtuosos that matched his own level of skill, notably two members of Cynic: guitarist Paul Masvidal and late drummer Sean Reinert. They would help write, record, and tour Human, before leaving Death to concentrate on Cynic’s own opus, 1993’s Focus.

Masvidal and Reinert are ostensibly on the Human tracks on UNKNOWN, but as its namesake implies, any other information about the tracks such as when and where they were recorded appears to be lost.

Unearthed Live Recordings of Death Being Released as Part of New Series: Stream

The Non:Analog series has been gradually mining the Death archives for previously unreleased live takes and audience recordings. Curated by the band’s label home, Relapse Records, the series has a homespun bootleg quality that’s truly obsessive. Fans will have a lot to comb through the label continues unearthing live releases. Previous installments include a 1995 show in Montreal, a furious Chicago 1987 gig, and a 1990 performance in Tijuana.

Stream LIVE 1990, 1991 UNKNOWN and check out the artwork and tracklist below. Purchase it digitally here. 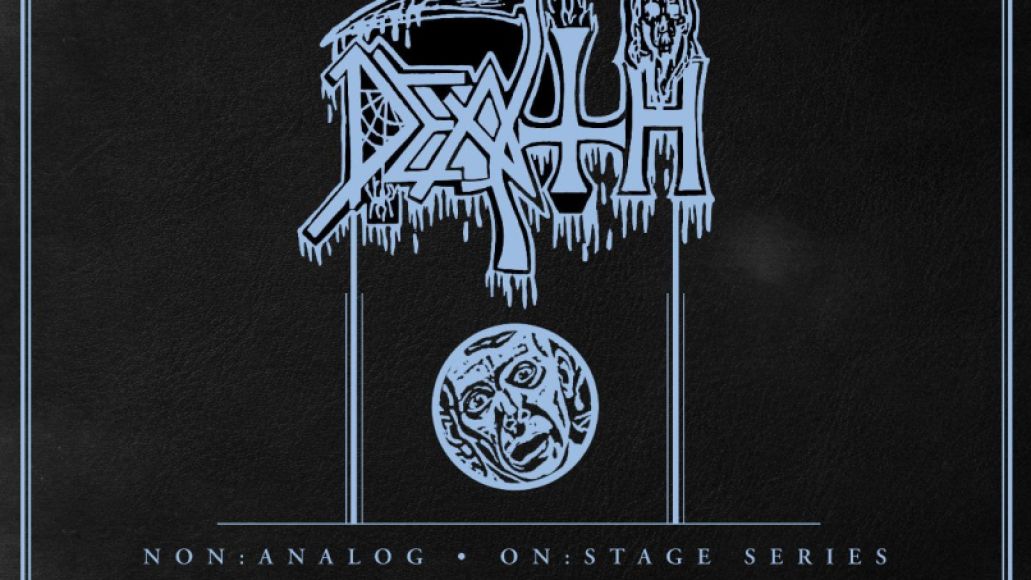