This July marks the 25th anniversary of Elliott Smith’s sophomore self-titled album. To celebrate the occasion, Kill Rock Stars has announced a deluxe reissue of the LP, set for release on August 28th.

Official Smith family archivist Larry Crane pulled the closest possible recordings to the original Elliott Smith mix downs from scores of reels, cassettes, files, and DAT tapes to give the album a fresh remaster. The special edition comes housed in a 52-page coffee table book featuring handwritten lyrics, stories from Smith’s friends and collaborators about the era, and two dozen previously unreleased images from photographer JJ Gonson. One of those new photographs is the original image that became the album’s cover art.

What’s more, the collection includes the previously unreleased Live at Umbra Penumbra. Capturing a September 17th, 1994 performance at Portland, Oregon’s Umbra Penumbra, the album is the earliest known recording of Smith playing a solo acoustic show. Crane cleaned up the audio from high-quality cassette, notes in a press release, “There are fan-traded MP3s out there of this show, but when people hear what I was able to extract from this original tape, they’ll be shocked.”

As a sample, the Umbra Penumbra version of “Big Decision” has today been shared. Listen below.

Kill Rock Stars has also tapped a number of artists to release covers of Elliott Smith songs in the run-up to the anniversary edition’s release. Confirmed participants include Bonny Light Horseman, Marisa Anderson, MAITA, and Prateek Kuhad. To start things off, Califone has shared a rendition of “Needle in the Hay” as an Amazon Original exclusive. Stream it now at Amazon Music.

Gonson will also be getting in on the silver celebration. Starting today, she’ll put one Smith photo print a month on sale for a limited time. The series runs through August, with the 8×10 prints selling for $200 via the Morrison Hotel Gallery.

Pre-orders for the Elliott Smith: Expanded 25th Anniversary Edition are going on now, available in both vinyl and CD configurations. 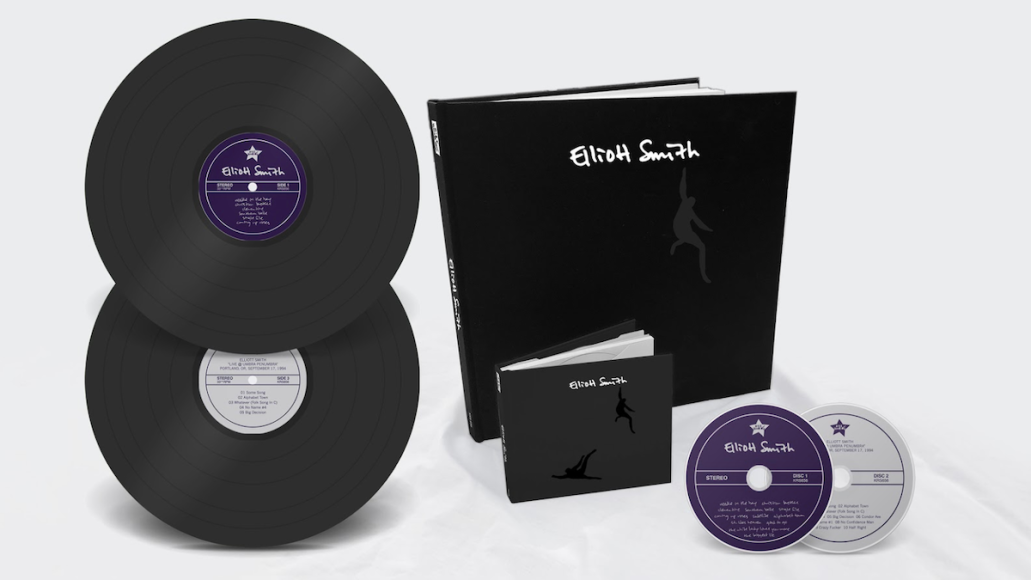