Fantastic Negrito has announced his new album Have You Lost Your Mind Yet? The follow-up to the Grammy-winning Please Don’t Be Dead arrives August 14th, and to promote it, the blues rocker ripped through a fiery performance of the lead single “Chocolate Samurai” on Colbert.

Xavier Dphrepaulezz began his Late Show set alone, holding two kinds of tape — measuring and duct —  and marking out six feet of distance for his band. For the concert, he wore a fuzzy bucket hat and what looked like a military uniform made out of the Bible’s coat of many colors. Fantastic Negrito has a powerful voice with an inimitable grind; he approaches the notes with the unstoppable force of a locomotive barreling down the tracks. Throughout “Chocolate Samurai” he strutted and danced, refusing to allow even a single lazy second go by. Check out the performance below.

“Chocolate Samurai” is the album opener for Have You Lost Your Mind Yet? Other tracks include the recent single “How Long?”, and “Searching for Captain Save A Hoe,” featuring E-40, which is a modern reinvention of the Bay Area hip-hop classic. In a statement, Fantastic Negrito said that while, “On the first two albums I wrote about broad topics,” for Have You Lost Your Mind Yet? he “wanted to write about people I knew, people I grew up with, people whose lives I could personally affect, and whose lives have impacted me.” He said,

“It was the hardest album I’ve ever written. What do I want to say to these people, and to the world? If I had the chance, I would tell them the pain they are feeling, the darkness they are going through is temporary – especially if you consider the span of a human life. I would tell them we can’t fight these obstacles alone. We need each other. Get offline. Talk to people. I would tell them I am here for you. We can’t hide from the pain. We need to look right at it. To really look into someone’s eyes is to feel their power and their vulnerability, to feel humanity, and to feel love.”

Have You Lost Your Mind Yet Artwork: 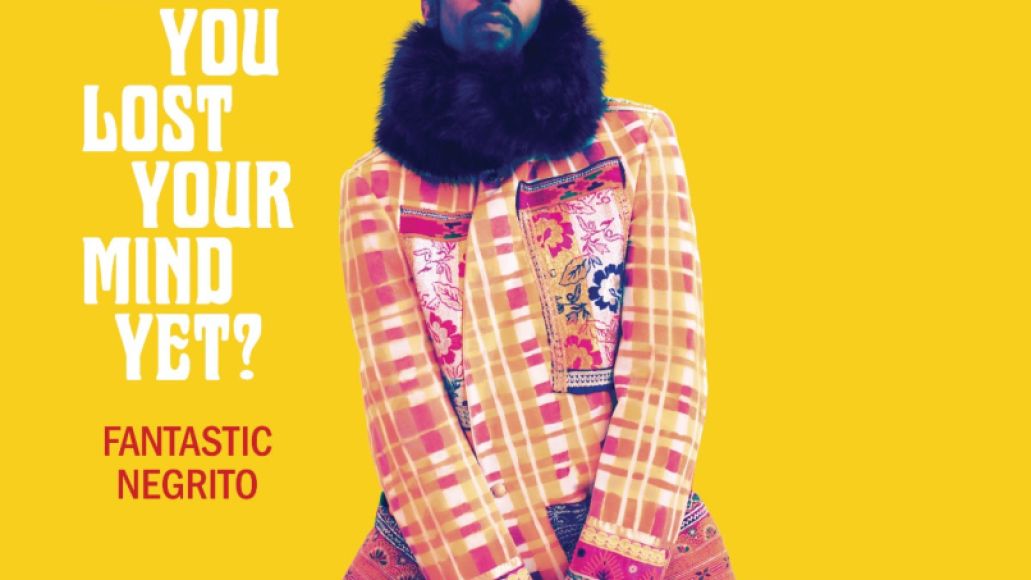