The Pitch: Alfonse Capone (Tom Hardy) was once the scourge of the FBI and law enforcement across the nation. He was Public Enemy Number One, the king of Chicago’s underground, the scourge of FBI agent Elliot Ness, who lived high on the hog and killed people with a gold plated Tommy Gunn. Now? It’s the mid-40s and untreated syphilis has caught up with the aging Capone, decrepit before his time and the FBI is getting sick of surveying him at his home on Palm Island, Florida.

Supervising Agent Crawford (Jack Lowden) thinks there’s something Capone still knows, that he’s still hiding. Capone, now going by Fonzo to keep his profile low — even as he lives on a sprawling estate with his wife (Linda Cardellini), full battery of protection, and serving and gardening staff — starts to imagine he can’t trust anyone anymore. So, he phones an old friend (Matt Dillon) to confess something. He hid a big pile of money on the estate … he just doesn’t remember where. The question is: Will the rest of his crumbling brain turn to scrambled egg, to quote another Tom Hardy character, before he digs it up?

The Untouchables: Josh Trank is a name you likely know from dozens of hostile listicles, exposes, and reviews, a man who went from indie darling to pariah in record time without changing a thing about his playbook. Trank made the excellent Chronicle from a script by Max Landis (about whom the less said the better), which opened the door for him to make the new Fantastic Four movie for Sony in 2015. 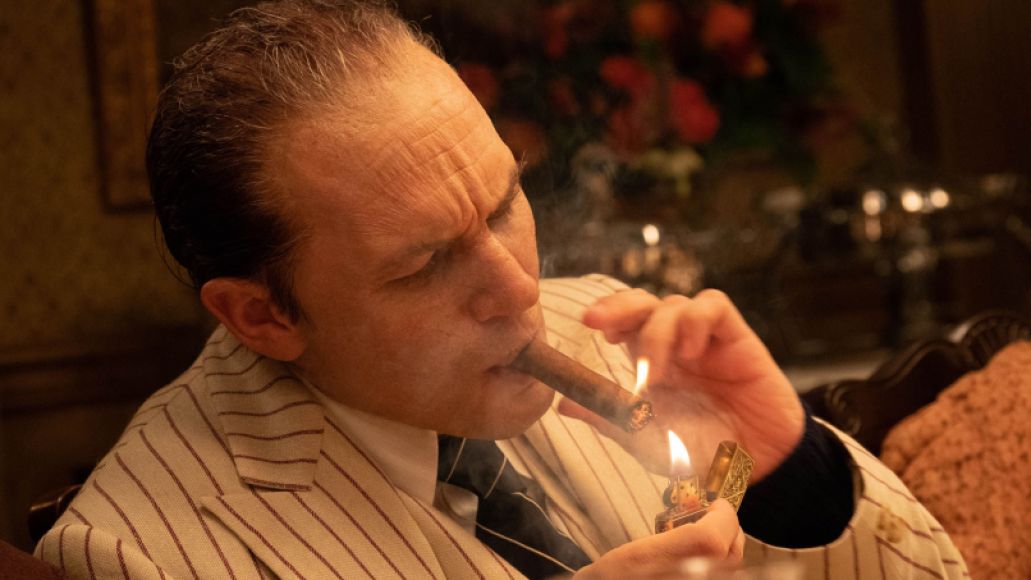 Despite dreadful reviews Trank’s obvious skill with actors and interest in overturning the emotionally obvious for the more dark and daring was plainly in evidence. It’s perhaps not worth anyone’s time to rush to the defense of a superhero movie, but Trank’s remains one of the few good ones from the last decade’s glut of the things, an honorable attempt at making an airless genre human again without sacrificing its thrills.

Capone is similarly pitched at bringing its legendary hero back down to human size, to make him seem in fact, entirely too human. Trank was similarly brought back down to human size after the making of Fantastic Four, but he’s lost nothing of his ability to enquire into the mind of myths, to investigate the utter horror of the dreadful human condition. Capone is already one of the most polarizing films of the year and I don’t imagine he’d have it any other way.

The Unmentionable: Hardy’s Capone pisses himself, he drools on himself, he shits himself, he has painful strokes, he barely remembers words and where he is, and Hardy as Capone spares us no sign of the unbearable indignity, terror, and suffering. It’s a truly Wild performance, unafraid of anything. Hardy sweats like James Brown in service of his character. Trank and Hardy are firmly entrenched on the same earnestly grim wavelength and their joint creation of Capone as Daffy Duck after losing a battle with his dick, his heart, his lungs, and his stomach is so unwieldily that even if it didn’t work (it does), the sheer volume of effort to create something so deliciously antisocial and grotesque would still have to be commended. 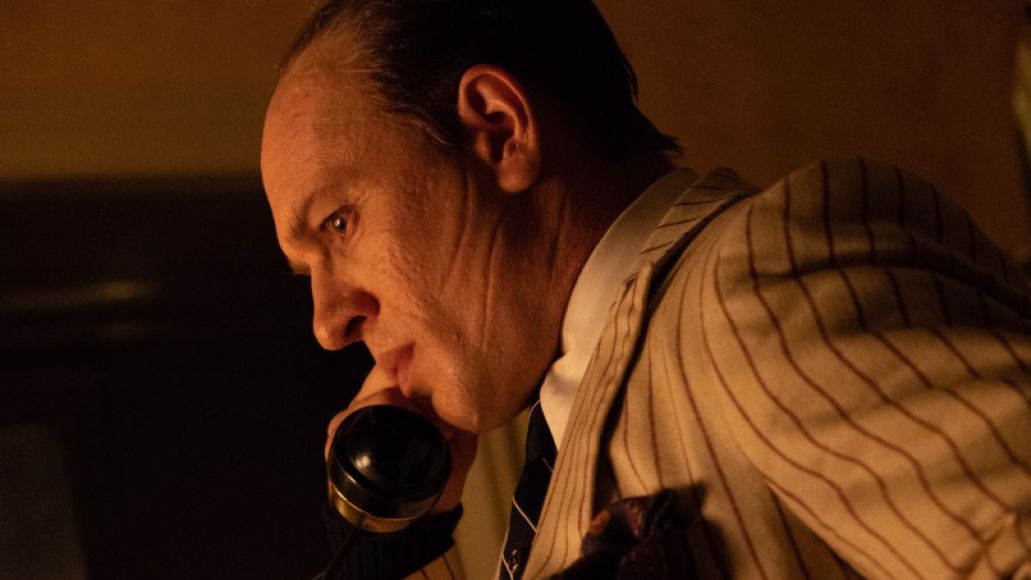 Hardy is an actor who clearly got bored with every aspect of film production after The Dark Knight Rises. In that admittedly rather flawed work, he transformed himself in every way to give a villain performance that could stand shoulder to shoulder with the reptilian highs of Heath Ledger’s Joker … and succeeded. The culture could not stop talking about Bane and Hardy’s work in the role, but a lot of that talk was negative. It seems that afterwards he would show up on set with his character having been worked out months in advance, get bored, and just mess around until the movie collapsed into the sinkhole that is his performance.

Movie after movie fell to his wild ad-libbing and tics. The Drop, Locke, The Revenant, Legend, no movie can contain him. He’s barely contained by Mad Max: Fury Road for heaven’s sake. That Trank and he saw eye to eye enough to make a runway for Hardy at his most outlandish? Give them Oscars and the keys to the city. We may never see synergy like this again.

The Unthinkable: Somehow, Trank had energy left over, despite wrangling one of the most eccentric performers working, to make a satisfying haunted house film as well. Capone is sort of about literal ghosts (and Capone sees plenty), but more than that, it’s about the death of our archetypes. Capone constantly hears radio broadcasts where his violent exploits are dramatized. He has The Wizard of Oz screened for him. He dreams of Louis Armstrong inviting him on stage. There are obvious references to The Public Enemy, Scarface, The Untouchables, and The Godfather just in setting up the character of Al Capone and his palatial home.

This is a film in which the history of popular art is a haunted house — Capone’s own personal Overlook Hotel — and he’s trapped wandering through his own history and the history of the cinematic gangster. It’s a film that needs you to admit that it’s all been said, and it’s all been done, which is very risky, even more so when you’re Josh Trank, but this is not a film that looks to make sure you’re riding its wavelength. It just levitates to the next attack — on decency, on Capone’s health, on our sense of decency, all while corpses real and imagined pop in to say hello and then pile up around us. Great party, isn’t it?

The Verdict: Trank became Hollywood’s punching bag for daring to follow his very understandable impulses and play with our understanding of popular forms (superheroes and gangsters) and he’s made little but enemies for his troubles. I hope money for his quietly subversive work never dries up because I have enjoyed watching him dismantle everything from the superhero economy to the crime picture to the image of the public artist. Trank’s had to suffer a lot to get to make his art, and Capone is one of the most bravely singular and uncommon films you’ll see this year. Give me something like this 12 months a year.