For her first two full-lengths, Kenney enlisted the help of two special musicians; Toro y Moi produced 2017’s Night Night at the First Landing, while Jenn Wasner of Wye Oak handled production on the 2018 follow-up, Perfect Shapes. Kenney has again brought in outside talent for Sucker’s Lunch, this time turning to all of Wye Oak — both Wasner and Andy Stack.

All three artists co-produced and pieced together the new album during quick studio sessions held in Durham, San Francisco, and Kenney’s hometown of Oakland. Musically, the forthcoming LP is said to lean more into Kenney’s earlier, guitar-driven output.

Hop Along, Wye Oak, and Middle Kids On the Dangers of Power

In terms of subject matter, the indie rock songwriter thought carefully about love songs and the different forms that they can take. “I’m not interested in something easy or immediately apparent,” Kenney explained in a statement. She continued,

“My experience writing these songs wasn’t easy, it was painful and difficult. I was terrified of falling in love, and as much as I’d like to write a sticky sweet song for someone, it doesn’t come naturally to me. Instead I wanted to explore the tiny moments; sitting alone in my room guessing what the other person was thinking, spiraling into a maze of logical reasons to bail and finding my way out again.”

“Sucker” is our first window into Kenney’s Sucker’s Lunch mindset and it features vocal contributions from Lambchop’s Wagner. According to Kenney, she wrote the track when she learned that a musical hero of hers was about to lose their healthcare and didn’t have enough money to go on tour. “It blew my mind and broke my heart that such a genius had to struggle with uncertainty in trying to make their art,” she said.

Check it out below via its official video, directed by Kenney herself. Pre-orders for the new album can be found here. 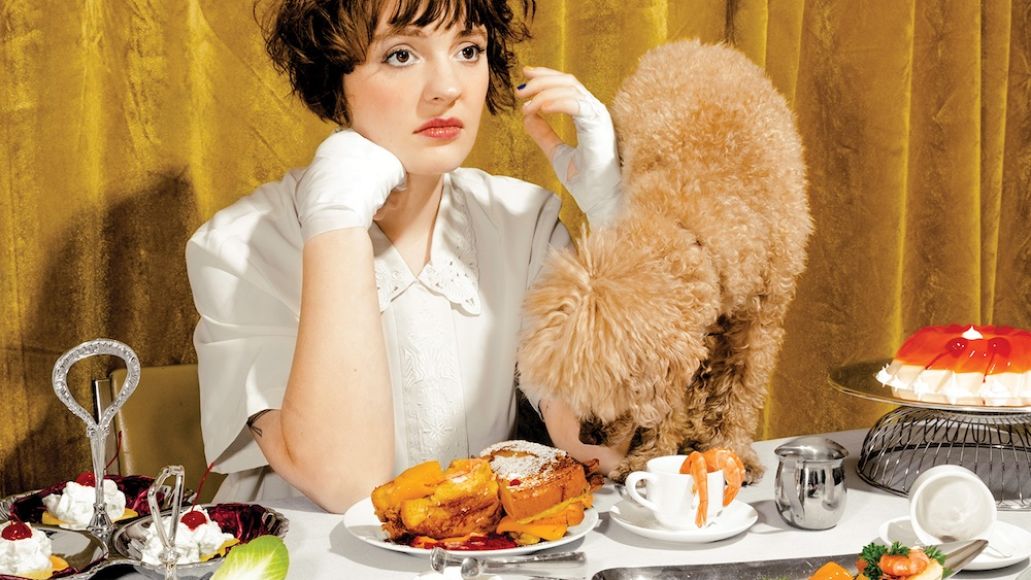