Pearl Jam is no stranger to Chicago sports. They’ve performed at Wrigley Field multiple times. They’ve brought out a rolodex of athletes on stage. Hell, they’ve even written a song for the Cubs. In a sense, they’re as much a Chicago band as they are a Seattle export, and all of this has to do with the Midwestern blood that pumps through frontman Eddie Vedder. So, it’s not just poetic, but rather fitting that Vedder and co. would close down shop on ESPN’s The Last Dance, the fantastic 10-episode docuseries on Michael Jordan and the Chicago Bulls that have kept us sane these past five weeks.

“Time to go,” a now-grey Phil Jackson says of his Chicago Bulls. Soon after, the soft strings of Pearl Jam’s “Present Tense” begin — and with it the emotions. Slowly, we float around Chicago’s United Center, the arena of the former gods. There’s the empty seats. The waxed-up court. The banners that still watch over the fans today. And as the No Code gem gently carries on, Jackson and the rest of the similarly wisened champions reflect on their beautiful, final moment together: a fiery ritual. 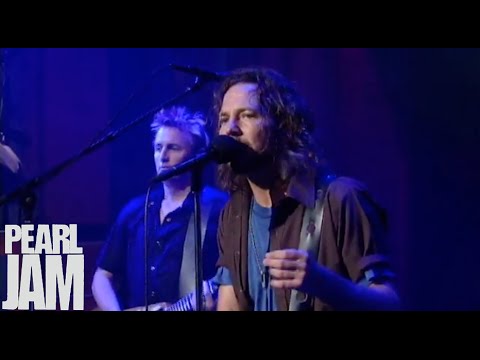 “My wife had gotten her Master’s in social work, and she was part of a group that went in to help people who were grieving,” Jackson reminisces. “One of the things they did was a ritual which they kind of put things to rest.” As Steve Kerr adds, “He says, ‘You know, this is it, this is the last dance, last time we’re ever going to be together. He asked everyone to bring in anything you want to write about what the team means to you.” And that’s what they did: They put all their thoughts and feelings into words, placed them in a coffee can, and watched it all burn away together.

“Present Tense” seamlessly parallels this act. Throughout the near-six minute epic, Vedder ruminates on the long passage of time. “Are you gettin’ something out of this all encompassing trip,” he waxes existential, contending, “You can spend your time alone re-digesting past regrets oh…/ Or you can come to terms and realize/ You’re the only one who can forgive yourself oh yeah../ Makes much more sense to live in the present tense…” Figuratively speaking, those lines alone capture The Last Dance as a whole, particularly our intimate moments with Jordan, who’s spent much of the documentary revisiting past clips on a tablet, an image that’s since become a meme. 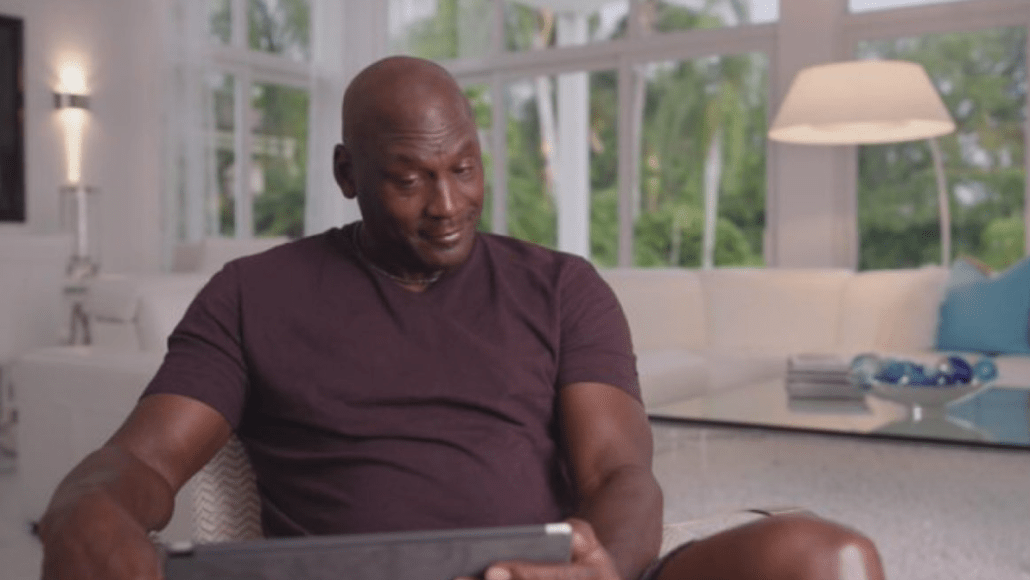 This isn’t the first time “Present Tense” has been linked with His Airness. Vedder made the association 14 years ago at Chicago’s United Center, as Cougars voice Greg Wrubell pointed out this morning. During a 2006, Vedder began the song by stating, “I think you can bring up Michael Jordan and the Chicago team since we’re in this room tonight and in their house. It was an amazing time in life, especially if you grew up in Chicago, to see that, and so even though music and athletics–it doesn’t really seem like they cross over, but this song, in particular, seems like it does, and I think about those guys.”

Call it foresight, call it serendipitous, call it what you will, but the song winds up aligning with Jordan’s final thoughts. “I’m not a poet, I just spoke what I felt at the time,” Jordan reflects on his speech at the aforementioned ritual, reiterating: “We’re always going to be bonded. You say thanks for the past. Enjoy the moment. Let’s make sure we end it right.” The Last Dance certainly acted accordingly: From there, Jordan, Kerr, and the rest of the unstoppable dream team say their final, final words, a blitzkrieg of vintage shots race by, and then we’re left with the cigar-smoking king himself. Not surprisingly, Pearl Jam gracefully accentuates these final gasps as they’re wont to do. After all, like Jordan, they treat every ending like it’s their last dance.