Pete Davidson is a Saturday Night Live breakout comedian from Staten Island whose firefighter father died during 9/11. Now, he’s channeled that real-life story through Judd Apatow’s lens for the new movie The King of Staten Island, the trailer for which has just been released.

Co-written by Davidson, Apatow, and Dave Sirus (an SNL writing alum), the film centers on Scott, a 20-something slacker with big dreams of being a tattoo artist and a bigger weed habit. Like Davidson, Scott’s dad was killed on the job as a firefighter, and the grief from that loss 17 years earlier still weighs on him. When his mother (Marisa Tomei) begins dating another firefighter (Bill Burr) named Ray, Scott is forced to finally confront his own stagnation.

The King of Staten Island also stars Steve Buscemi as a veteran firefighter named Papa; Pamela Adlon as Ray’s ex-wife, Gina; Apatow’s daughter Maude Apatow as Scott’s younger, college-bound sister; Bel Powley as Scott’s childhood friend and lover, Kelsey; and Machine Gun Kelly in a small role. From the looks of it, though, this could be Davidson’s big star turn, with the semi-autobiographical nature of the story and his wry sensibilities affording him a lot of material with which to work.

Originally scheduled to open the 2020 SXSW Film Festival, The King of Staten Island is now set to debut on demand (via Amazon Prime Video, Apple TV, Comcast Xfinity, Vudu, GooglePlay, and Fandango Now) on June 12th. Head to the movie’s official website for more, and watch the trailer below. The full synopsis follows. 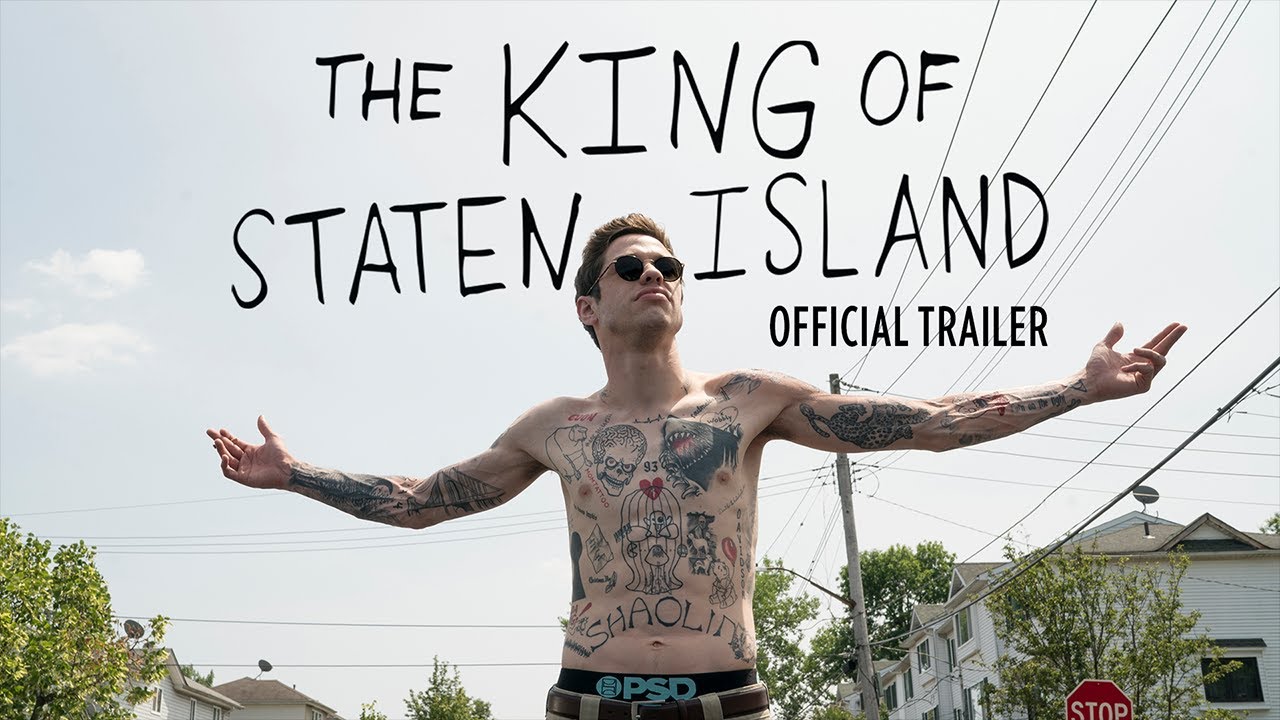 Scott (Davidson) has been a case of arrested development ever since his firefighter father died when he was seven. He’s now reached his mid-20s having achieved little, chasing a dream of becoming a tattoo artist that seems far out of reach. As his ambitious younger sister (Maude Apatow, HBO’s Euphoria) heads off to college, Scott is still living with his exhausted ER nurse mother (Oscar® winner Marisa Tomei) and spends his days smoking weed, hanging with the guys—Oscar (Ricky Velez, Master of None), Igor (Moises Arias, Five Feet Apart) and Richie (Lou Wilson, TV’s The Guest Book)—and secretly hooking up with his childhood friend Kelsey (Bel Powley, Apple TV+’s The Morning Show).

But when his mother starts dating a loudmouth firefighter named Ray (Bill Burr, Netflix’s F Is for Family), it sets off a chain of events that will force Scott to grapple with his grief and take his first tentative steps toward moving forward in life.

Pete Davidson Is The King of Staten Island in Trailer for Judd Apatow's New Movie: Watch