While Puscifer had recorded much of their new album last year, the band originally planned to release new music in 2021, to allow Keenan to complete his touring duties with Tool. But with the COVID-19 pandemic forcing Tool to postpone their tour, Keenan decided to unveil the first new Puscifer song in nearly five years much earlier than expected.

“Apocalyptical” is a groovy mid-tempo tune with a dance-like beat, as Keenan and co-vocalist Carina Round deliver whispery lines like, “Go on, moron/ Ignore the evidence/ Skid in to armageddon/ Tango apocalyptical.”

The video for the song features Keenan and Round dressed nearly identically in black suits and sunglasses, as a dancing Keenan contrasts with images centered around the current pandemic.

Keenan spoke with Apple Music host Zane Lowe about the writing process for the band’s new music and “Apocalyptical” specifically. “You don’t want to force creativity, but part of it, I argue that you do,” remarked the singer. “Then you need to pull your head out of your ass, quit being a wimp about it and just force yourself to just… You have a goal today. Write one line and one melody. Solve this puzzle today. One piece of this puzzle. Make yourself do it. If you don’t do it, forgive yourself.”

He continued, “Force it. And then all of a sudden you’ll find when you get past this, it’s almost like a crest, you can see the entire valley. ‘Oh shit, here it is,’ and it all unfolds. And that’s what happened with ‘Apocalyptical’, this track that we’re releasing. I was like, ‘No, I’m going to get this thing.’ Because I had been working on another track before. I couldn’t crack it and I did it. I did the due diligence. I was forcing myself to try to nail it, couldn’t get it, put it aside. I was going to take a break and then jump right into this one. Cracked it..”

In a press release, Keenan added further insight into the song, stating the following:

“Manipulated information disseminated by kings, queens, dictators, so called leaders, supposed professionals or outliers and conspiracy theorists living underground, or in basements, is not new or unique to this generation. Misdirection is Power Struggles’ conjoined twin but the speed at which it now travels in this digital age is dangerous and destructive on many levels. This rapid distribution of poison and its immediate impact will be the hallmark of our generation. Even In light of all this, and all the noise the digital landscape generates, all I keep asking myself is ‘what is it with the whole hoarding toilet paper thing?’”

Tool Plan to Write Songs for New EP While in Quarantine

While the song’s title mirrors the current state of the world, Keenan explained in the interview with Lowe that the track is a “fun song” that was written “way before all this stuff went down.” He added, “What we wrote back in August colliding with what’s actually happening right now with the visuals [in the video] is kind of a nice marriage.”

“Apocalyptical” marks Puscifer’s first new music since 2015’s Money Shot album. Check out the music video, the single artwork, and a clip of Keenan discussing the track with Zane Lowe below. You can also download or stream the song here or here. 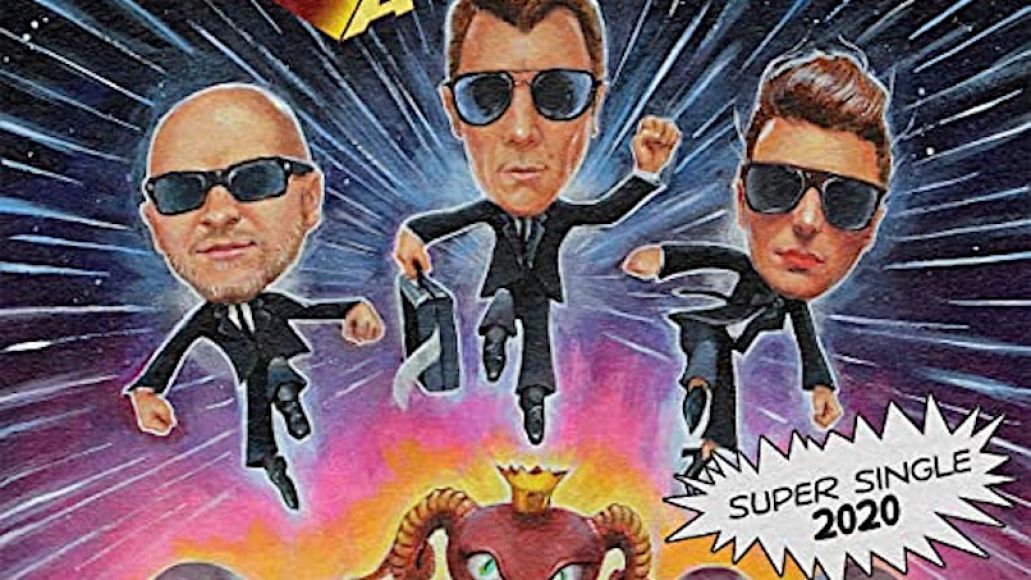