Let’s great one thing straight: Robert Pattinson is an incredible actor. After rising to reluctant fame on the shimmering back of the Twilight franchise, he’s challenged himself and audiences alike with roles in films like The Safdie Brothers’ excellent Good Time or Robert Eggers’ brilliant The Lighthouse. Despite his resistance to maintaining his workout regime while The Batman is on hold, all signs point to him making an intriguing Bruce Wayne. We love R. Patz — but the dude is an agent of chaos.

Don’t get us wrong, he’s the best kind of crazy, a playful loner who very simply is who he is. He’s a genuine article, unflinching in his own offbeat persona and peculiarities. Few other Hollywood stars can play the big-budget franchise and selective indie film circuits the way Pattinson has, a credit to his mindset as well as his talent.

But on Tuesday, we were all reminded that he’s also a genuine wacko. During an interview with GQ, Pattinson revealed his idea for “a pasta which you can hold in your hand,” a microwaved sugar and cheese concoction he dubbed piccolini cuscino, Italian for “little pillow.” (By the way, that “squiggly blob” he was looking for instead of penne was likely a barbine nest.) The ingredients and preparation are so amazingly unhinged that trying to create the dish literally exploded his microwave.

Yet, this is far from the first time we’ve gotten a peek into the weird world of Robert Pattinson. The actor has a long history of “crazy” quotations, often said with a very British grin and a chuckle. We’ve rounded up some choice moments that — taken alongside upcoming movies like Christopher Nolan’s Tenet — make us hope he never changes.

On His Feelings About Vaginas 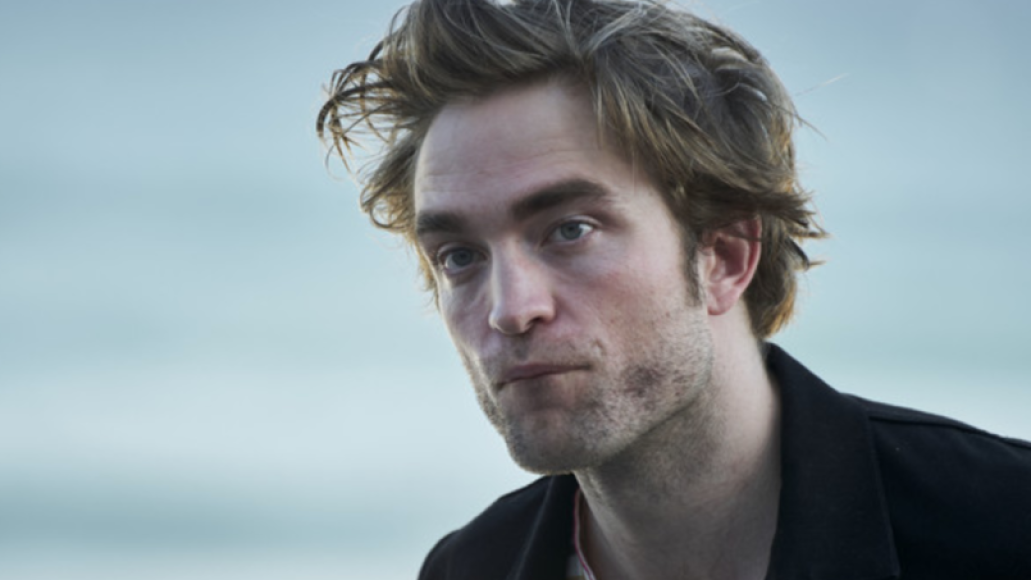 “I really hate vaginas. I’m allergic to vagina. But I can’t say I had no idea, because it was a 12-hour shoot, so you kind of get the picture that these women are going to stay naked after, like, five or six hours. But I wasn’t exactly prepared. I had no idea what to say to these girls. Thank God I was hungover.”

On Boring His Own Stalker

“I had a stalker while filming a movie in Spain last year. She stood outside of my apartment every day for weeks — all day every day. I was so bored and lonely that I went out and had dinner with her. I just complained about everything in my life, and she never came back. People get bored of me in, like, two minutes.”

— Explaining to Crème Magazine how he’s so terribly boring.

On Surviving the Apocalypse

“I could probably live in trash quite easily. Guy [Pearce] is a lot cleaner than I am. [I can handle] a lot of [mess.]”

— Responding to Popsugar about whether he or his The Rover co-star Guy Pearce would better survive the end times. 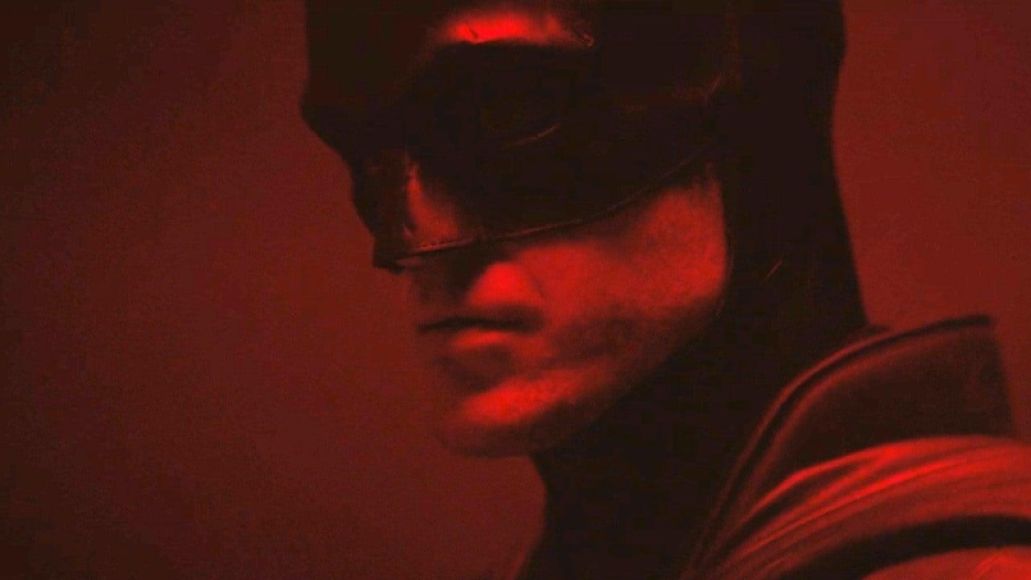 — Joking with The Guardian about what he’ll do if The Batman isn’t well received.

— In a giggle-fit of an interview on Jimmy Kimmel Live!.

On His Acting Method

“Because I don’t really know how to act, I kind of wanted to somehow make it real, and one of the ways I’ve always thought makes that a little bit easier is if you shake up your physical state just before action. You end up walking into a scene having a different — feeling.”

— Explaining to The Guardian why he “would punch himself in the face, or twirl around to create dizziness, or drink mud from puddles, or force himself to gag” before filming scenes for The Lighthouse.

On that Picture of Him with Death Grips and Beyoncé 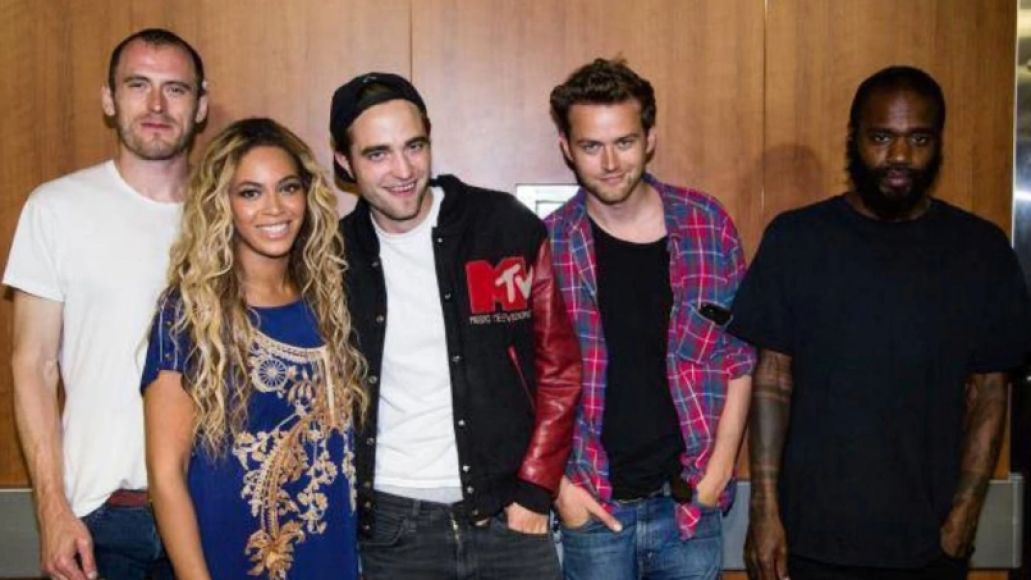 “Death Grips were one of my favourite bands for years. I played ‘Thru the Walls’ once in my house on New Year’s Eve and people went from 0 to insane so quickly I knew they were something really special. My speakers all blew up from the song too. Then they randomly were sitting next to me in a restaurant a year later eating salads which kind of surprised me. I started talking to them and they were awesome. We initially were gonna do a video together, and then almost started doing a movie. But through the process became really good friends. The song came about when Zach recorded that bit of guitar on his phone then made it into ‘Birds’. When he played it to me it was maybe one of the most proud moments in my life. And the photo of us and Beyonce came from when we went to her concert drank so much red wine that we all had black teeth and i was trying to find a place back stage to get all the stuff off my teeth and bumped into Beyonce so we took a picture.”

“[The best smell is] definitely the scent of when you’re in love with someone, and the smell is incredible. It brings out an animal side of being human. And the worst smell … um. I don’t really mind grimy stuff. I love the smell of things people really hate, but burning hair is revolting … Lots of people tell me I smell like a crayon … Like I’m embalmed.”

— In an interview with Allure about scents.

On Being King of the World

“… Teleportation! I would use all the money in the state for teleportation research. You could travel anywhere, no more pollution than cars and planes! … I’d prohibit boring people. In my opinion, there is nothing worse. The people who were boring should be in prison and be forced to learn to be creative with the other prisoners…”

— Speaking to Germany’s Bravo back in 2012. He also said he’d make the world’s national anthem “Wannabe” by Spice Girls. “I think it’s funny that all the stupid politicians had to pay tribute to that song. A song to play with all the ‘would-be politicians.'”

On His Inner Ballerina

“Something I was trying to find for years was to do a ballet movie. And then my agent was like, ‘Why? Do you know how to ballet?’ I’m like, ‘No.’ … I think there’s a ballerina inside me.”

— In conversation with Jennifer Lopez for Variety Studio: Actors on Actors.

On the Romance of Twilight

“I mean it’s a weird story, Twilight. It’s strange how people responded. I guess the books, they are very romantic, but at the same time, it’s not like The Notebook romantic. Twilight is about this guy who finds the one girl he wants to be with, and also wants to eat her. Well, not eat — drink her blood or whatever. I thought it was a strange story. Even the way I promoted it, I was very open about how strange I thought it was when I was doing it.”

— In conversation with Jennifer Lopez for Variety Studio: Actors on Actors.

“It seems like with younger people in their late teens, early 20s, it’s sort of become quite a hip thing to like. It’s a fascinating second wave of people appreciating it, which is kind of cool. I think when anything becomes a massive phenomenon, there’s always people who get annoyed because it’s just everywhere. But now it seems like a retro thing: the soundtrack, the fashion. It’s like, ‘Oh, that’s so late 2000s…’ [I rewatched New Moon on TV] just the other day, and it genuinely does have an incredible good soundtrack. I completely forgot, but the soundtracks were quite ahead of their time.”

— In an interview for USA Today.

Robert Pattinson Is the Best Kind of Crazy, And These Quotes Prove It