This quarantine has definitely thrown the music industry for a crazy loop. Several major album releases have been pushed back to oblivion, and an even larger handful of tours (and fests) we were dying to see have been either cancelled or postponed to God knows when (probably not this calendar year). Still, as an industry has struggled, artists have fought back with living-room concerts, charitable efforts, and, yes, year-affirming new albums and songs. Just this week Perfume Genius and Moses Sumney graced us with must-hear new listens, and Charli XCX and Bad Bunny treated us to surprises created in direct response to these strange times. Make no mistake: good music is surviving the pandemic.

Perhaps nobody has been busier in that struggle than Neil Young. Not only has the 74-year-old icon taken a tune out of FDR’s songbook with “his fireside chats,” but he’s preparing to release the “long-lost album” Homegrown on June 19th. The album, shelved for more than 45 years, in Young’s own words, acts as “an unheard bridge between Harvest and Comes a Time, two of the songwriter’s most indelible masterpieces. But, perhaps even more intriguing, Young penned a letter to fans explaining that that pain over his separation from actress Carrie Snodgress — the catalyst for the project — caused him to put the album aside. “I just couldn’t listen to it,” Young writes. “I just wanted to move on.” 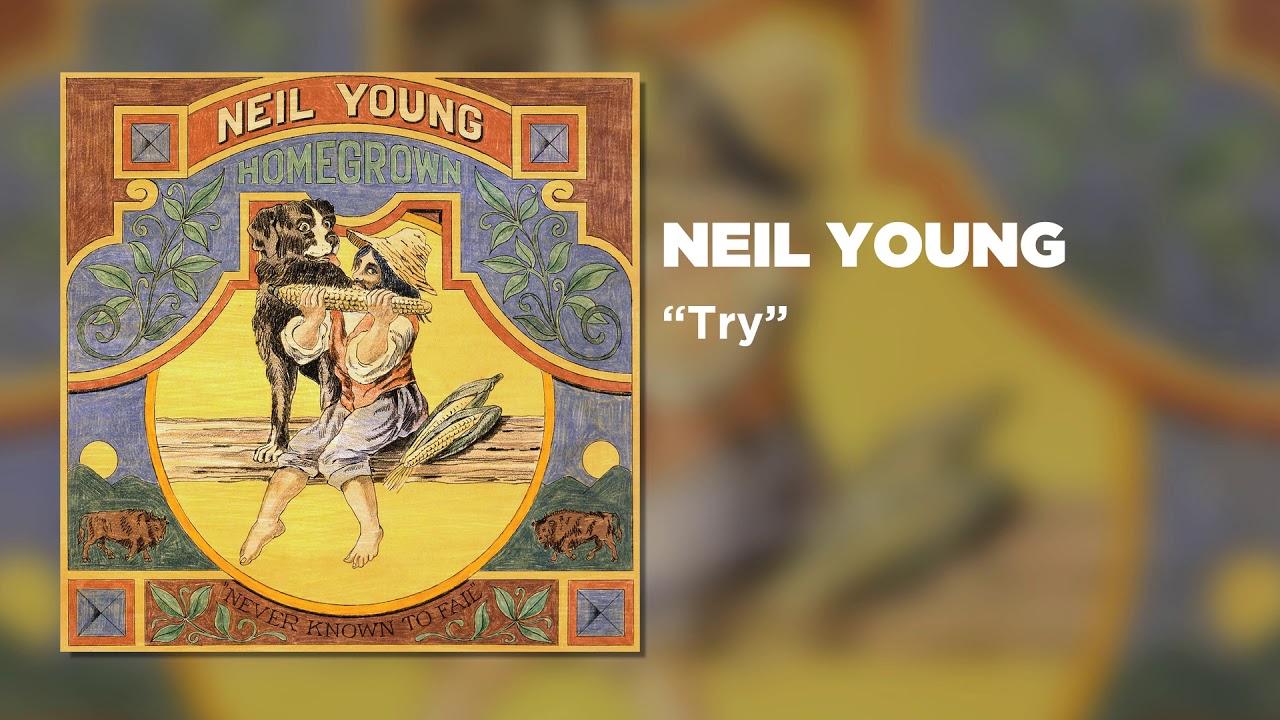 That heartbreak drips from this week’s “Try”, one of several unreleased songs from Homegrown, The plodding, country-tinged plea mixes hope (“We got lots of time/ To get together if we try”) with melancholy (“Walking in the rain/ And coming home dry/ There’s something missing there”) and an aw-shucks honesty (“Holly, what a mess”) as only Young can. It’s a perfect example of how Young has always been able to capture the most complicated pain through the simplest of words and melodies. It’s not a game-changing Neil Young song, but it’s enough of a whiff of Homegrown to understand that this is Young at the height of his powers using his art to find reasons to endure. That’s a powerful message right now. Whether or not the record turns out to be a masterpiece or the next great breakup album, the lyrics of “Try” will still ring true: “We gotta take the rest and try.”

For Fans Of: While we hope that Neil Young has miles to go as an artist, few have taken as good a care of their legacy. From ensuring top-notch quality of all his material to cleaning out his vault, Young seems to understand that he can’t take it with him. Unexpected releases like Homegrown are one of the finest gifts the songwriter can leave his legions of fans — and, hell, humanity.

Best Moment: Sorry, but it’s damn-near impossible not to crack a smile when a much younger Old Shakey shrugs: “I’d like to take a chance/ But, shit, Mary, I can’t dance.” It’s corny but undeniably heart on sleeve.

Where to Go from Here: June 19th is one short month of isolation away. While 2020 will go down as a “lost year” in the minds of some folks, hearing a “lost album” from Neil Young that might also turn out to be one of the great breakup albums of its era is at least a little consolation.

Song of the Week: Neil Young's "Try" Hints at a Painful Portrait of a Broken Heart