The Pitch: Apple TV+ has been searching for a big show to serve as its first hit, since unveiling the streaming service last November. Could it be Central Park, a half-hour animated musical comedy from the creator of Bob’s Burgers and featuring a massive voice cast including Kristen Bell, Josh Gad, Stanley Tucci, Daveed Diggs, and Leslie Odom, Jr.? The streaming service’s metaphorical fingers are tightly crossed.

Breaking Into Song: Any fan of the Fox animated sitcom Bob’s Burgers knows that the show isn’t shy about having its characters break into song, or about having music be an overall major part of its wacky hijinks in a seaside town where the eponymous restaurant resides. The Belcher family is very, very weird: there’s burger chef Bob, his gleeful wife Linda, his boy-obsessed teenage daughter Tina, his keyboard-obsessed son Gene, and his bunny-ear-wearing youngest daughter Louise. After nearly a decade on the air, Bob’s Burgers has established itself as one of the funniest, most underrated comedies on television. So, anything new from creator Loren Bouchard and writer Nora Smith should be a cause for celebration. 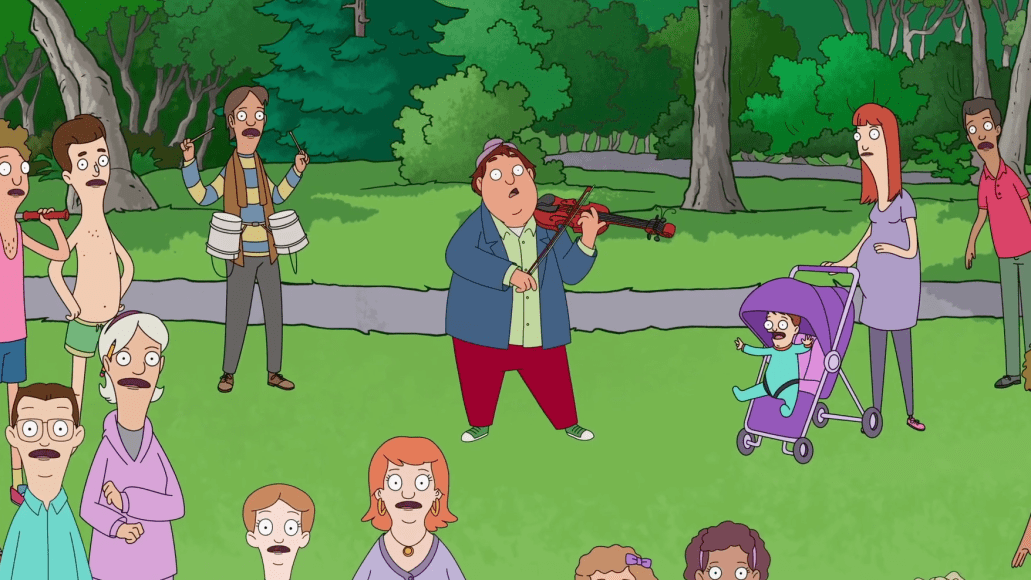 Central Park is the result of Bouchard and Smith coming together with what feels like a fairly free rein, with a perhaps unlikely co-creator in Gad, best known for providing the voice of the most chipper snowman in the world, Olaf from the Frozen movies. At first blush, it’s easy to see some of the parallels between Bob’s Burgers and Central Park. Both shows focus largely on a family unit, with a straight-man dad, exuberant mom, a boy-obsessed daughter, and an outrageous son. In both shows, there’s an oddball rich character voiced by one of the great actors of his generation. In Bob’s Burgers, it’s Kevin Kline. In Central Park, it’s Tucci in a gender-bending role as a grouchy socialite with the goal of gutting NYC’s Central Park, and the aforementioned Tillerman family trying to fight back with dad Owen, who serves as the park manager, leading the charge.

Pay Attention: That premise is, you may note, where the similarities end. Central Park, through the first four episodes (the first season is 13 episodes long, but just four installments were made available to critics at press time), is a somewhat serialized show where you need to pay attention to what’s going on, a slightly odd fit for Bouchard and Smith. That slightly odd fit extends to some of the characters, such as the street busker voiced by Gad. He serves as the show’s narrator, a role that is so unnecessary that half of the songs and dialogue featuring are dedicated to clarifying that his character definitely serves a purpose. The more time that Gad’s character tags along with members of the Tillerman family, primarily Owen, the more time it’s painfully clear that his character could be removed from the show entirely and the rest of the story would be unchanged. 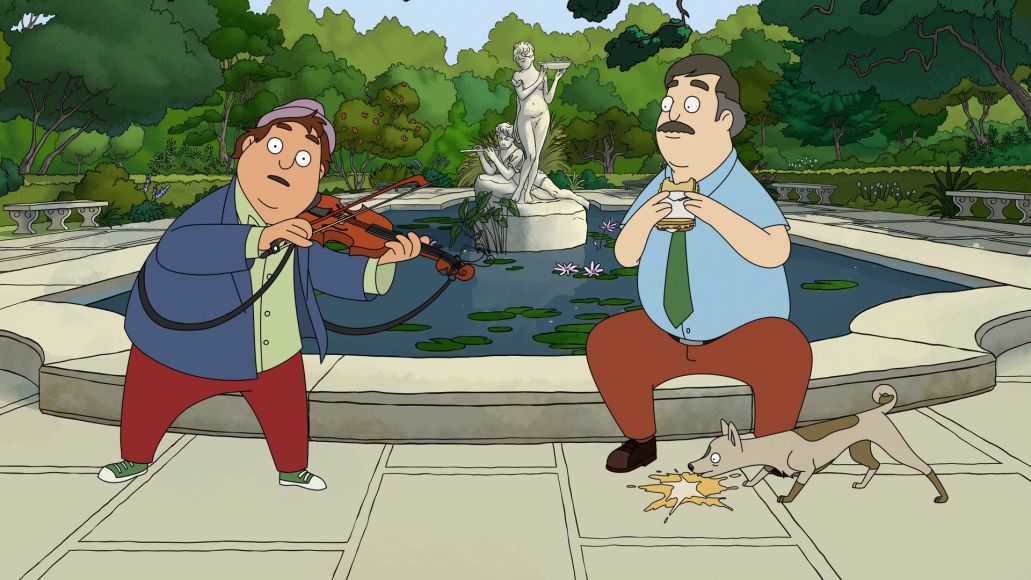 The serialization at the core of Central Park is also somewhat baffling. It’s not that the premise — a very old rich person wants to gut something well-liked by other people, simply because they can’t stand it — is hard to swallow. (The sad truth is, it’s extremely believable.) Instead, the problem is that a show like this, whose first four installments range between 22 and 29 minutes, has too much to handle in its short running time. There’s the continuation of the story itself, the expansion of the Tillerman family’s oddball personalities (and their interaction with side characters), in addition to the extended song sequences that take up much of the episodes themselves.

A Musically Mixed Blessing: On those songs, they’re a mixed blessing. Whatever else is true, Central Park is littered with a cast whose singing talents vastly outpace those of the cast of Bob’s Burgers, as all of its lead players have stage experience. (A couple of them even have well-deserved Tony Awards.) When you have the original Aaron Burr and Thomas Jefferson from Hamilton, and also the voices of Anna and Olaf from Frozen, it’s a safe bet that the music will be performed remarkably well. And it is quite lovely to listen to, from the start. There are a couple of great songs sprinkled throughout the first few episodes, such as “Weirdos Make Great Superheroes”, performed by Bell and Tituss Burgess, as the Tillerman children.) It helps that the song is co-written by Sara Bareilles, too. (Another early song is co-written by 80s legend Cyndi Lauper.) 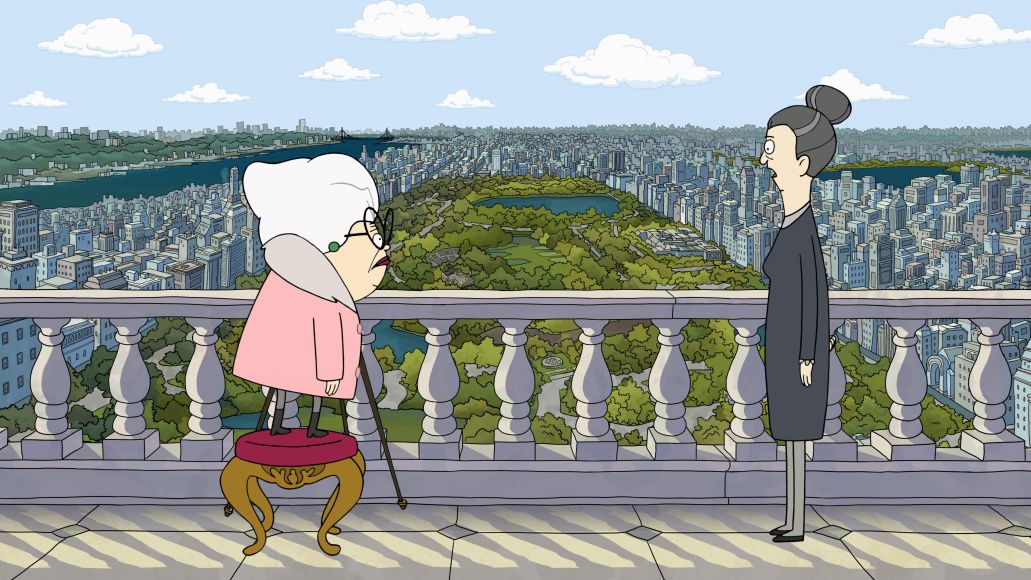 But those songs take up so much of the time of each episode, mixing and matching between expanding characters and all but walking the audience through specific plot machinations. Some of Gad’s songs feature the lyrics on screen, filling up the frame so much that they nearly wedge him out of the shot. There’s no question that the songs are performed excellently. (Hearing Odom, Jr. sing his way through Owen’s neuroses is a wonderful reminder that he has one of the richest, most beautiful singing voices alive, period, full stop.) But where the songs on Bob’s Burgers are a welcome addition to the rest of the show’s goofy, loose style, the songs here are desperately important and take the place of humor.

Not Funny Enough: There, too, is the other problem with Central Park. Four episodes in, it’s not … terribly funny. In a strange way, part of the issue is that so many of the cast members are so instantly recognizable that hearing them play these characters requires a bit more suspension of disbelief. (For example: Bell plays the awkward, comics-obsessed older Tillerman child, who has an intense crush on a local boy who flies a kite around Central Park. Bell is predictably good at selling her character’s awkwardness, but so much of it sounds an awful lot like Anna in Frozen, a character light-years away from who she’s playing here.) As with Bob’s Burgers, some of the female characters are played by men, to slightly odder effect. Tucci at least gets to have a bit more fun as Bitsy Brandenham, the squat and nasty old woman who wants to buy Central Park and turn it into a series of condos. Diggs, as Bitsy’s long put-upon assistant, has less to work with so far. Though, just as is the case with Odom, Jr., when he starts singing and rapping, it’s fun to hear. 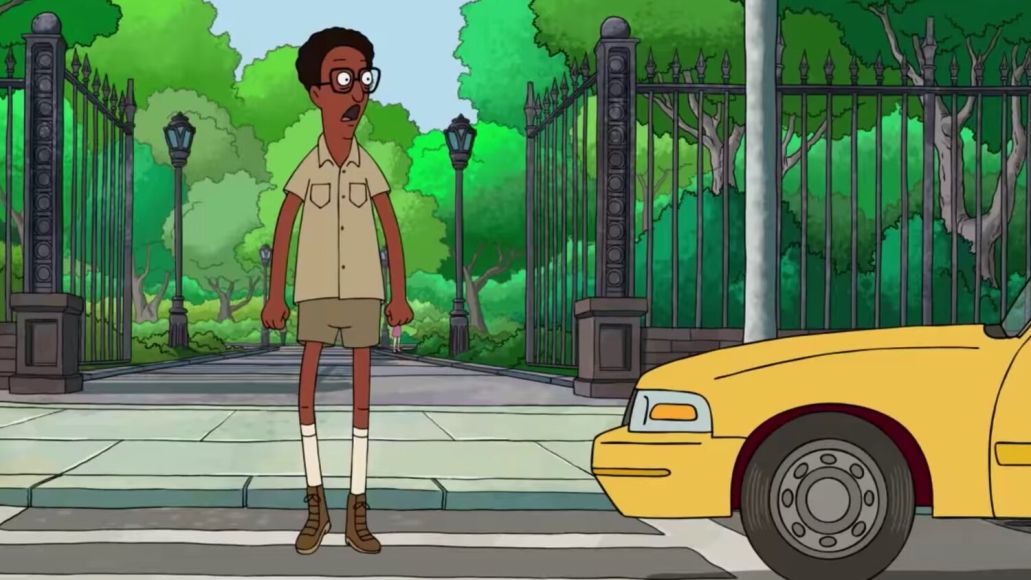 The cast is stacked, but one thing Central Park — at first listen — appears to lack is something Bob’s Burgers has always benefited from: its cast records episodes in the same studio. This has allowed for a bit more improvisation, and a surprisingly and welcome loose feeling to episodes. It’s hard to know for sure — as the press details don’t confirm or deny — but Central Park very much sounds like a show where the cast recorded in separate studios. Leaving aside how much fun it might be to hear Diggs and Odom, Jr. in the same room (or Bell and Gad), Central Park really needs to be a show where the cast bounces off each other in ways that a traditional recording setup for animation can’t quite achieve.

The good news for anyone familiar with Bob’s Burgers is that it also stumbled in its short first season. There’s every chance that Central Park can get funnier. (When the show was announced, Apple TV+ picked it up for two 13-episode seasons.) But the first four episodes only prove that the pieces for a good show are present. The good show has yet to arrive.

The Verdict: Central Park brings together a murderer’s row of actors, musicians, and writers, and it might work by the time its first season is fully wrapped up. But four episodes in, Central Park is a big swing that hasn’t connected.

Where’s It Playing? Central Park premieres on Apple TV on May 29th. 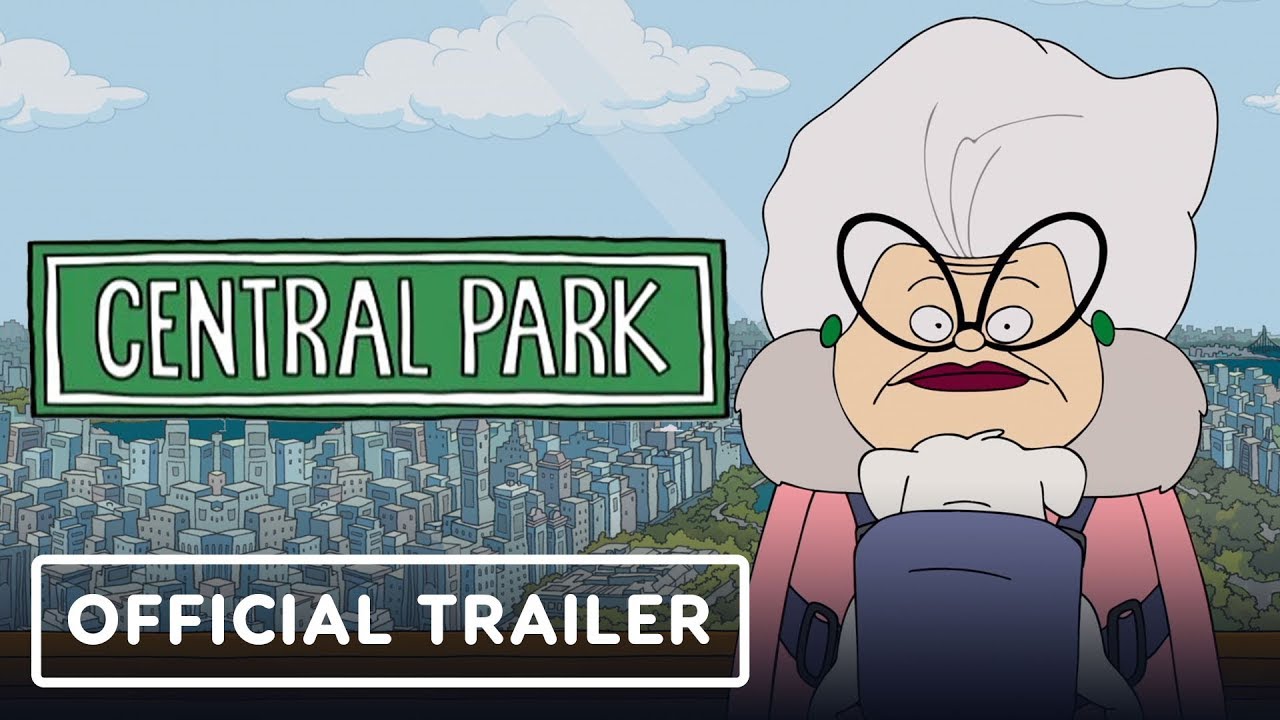