The Pitch: The Academy Award-winning wunderkind director Damien Chazelle has made his name largely on films all about jazz, from his 2009 indie debut Guy and Madeline on a Park Bench to 2014’s searing music-school drama Whiplash and to 2016’s widescreen musical throwback La La Land. But with The Eddy, he’s one of the lead behind-the-scenes voices on an eight-episode limited streaming series set largely in a smoky Parisian nightclub whose creative leader is a mercurial ex-jazz pianist (André Holland) with a dark past, a troubled daughter, and thugs threatening him. So, to paraphrase Barton Fink, it’s an Oscar-winning director, one of the best actors of his generation, and Netflix. Whaddya need, a road map?

The Language of Music: The first thing to know about The Eddy is that, apparently, they did need a road map. The result of those aforementioned factors is a somewhat muddled drama at its strongest when its characters aren’t even talking. The Eddy is multi-lingual, which is clear from the pre-title opening credits in French. Though Holland and Amandla Stenberg (who plays Julie, the daughter of Holland’s club owner Elliott) are both American performers, and Chazelle has made predominantly American films, a good chunk of the dialogue is in French or Arabic, and some conversations sprinkle multiple languages at a time. The other thing worth noting from the outset is that if you largely known Damien Chazelle from Whiplash and La La Land, you’re not going to see much of the flamboyant style marking those films. The Eddy’s first two episodes alone, the only two that Chazelle directed, were shot in 16 millimeter, which allows for the show to feel edgy and jittery. 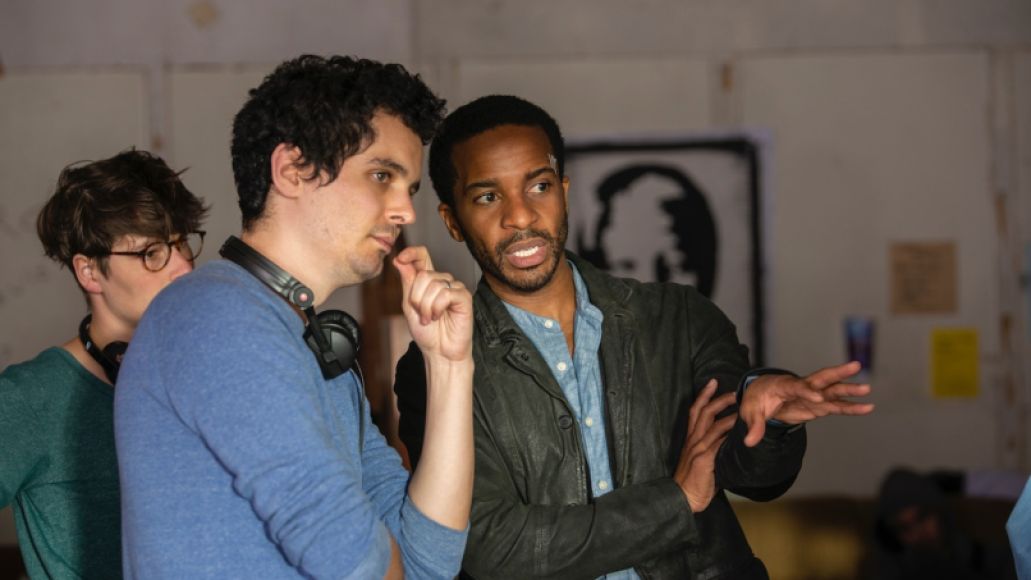 The camerawork, while never flashy, could be scaled back plenty because Holland gets across much of the edginess Elliott exudes. The Eddy is the name of Elliott’s club, and it’s on the knife’s edge when we first see it — he’s trying to get a French record producer to sign the house band to a contract, but is furious at what he perceives to be a weak performance from the group. (If there’s any flashes of Chazelle’s past work, it’s in how Elliott’s perfectionism sometimes recalls the tyrannical behavior of J.K. Simmons’ teacher in Whiplash.) Elliott, that same night, is attacked by some Eastern European thugs who are really after his business partner and best friend Farid (Tahar Rahim, best known for his role in A Prophet), but the sense is clear that The Eddy is at death’s door when our story begins.

So too, emotionally, is Elliott. He’s adrift and remote, made charming only thanks to Holland’s innate charisma. On one hand, this all makes for a truly compelling experience. Holland is one of those rare actors who can make the most tedious and boring tasks look thrilling and exciting. Elliott could easily be insufferable — even though we learn that he backed away from performing publicly after the death of his son, his unwillingness to do so in the most urgent moments is frustrating to watch. But Holland makes the character extremely fascinating, and the same goes for Stenberg as his rebellious teenage daughter, Julie. 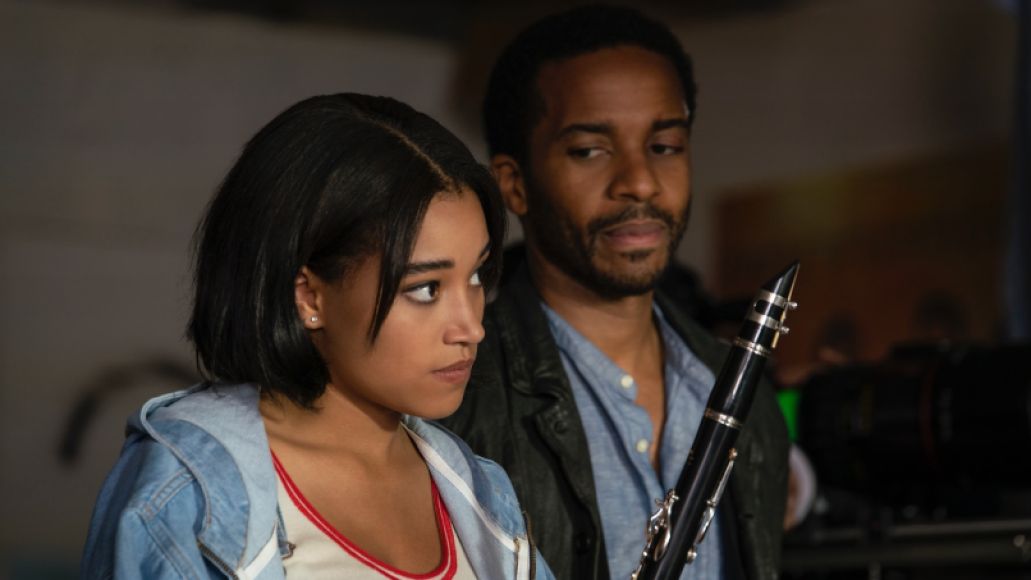 Messy Without Music: Where The Eddy stumbles isn’t in its presentation of modern jazz, from an old-fashioned style evinced by the house band to a newer style replete with rapping that Julie finds a bit more enjoyable. It’s in the story, courtesy of British writer Jack Thorne. (You may know him best as one of the writers of the massively successful stage show Harry Potter and the Cursed Child.) Elliott’s attack in the first episodes leads him to realize that it is possible his jazz club is being propped up by some unsavory elements, which he’s been able to ignore with the help of Farid. That, along with the generally soapy way in which Elliott’s relationship with Julie is handled, makes for sometimes very rocky viewing.

“You’re a mess when you’re not playing music,” one character tells another midway through the limited series, and it’s an unfortunately effective summation of The Eddy on the whole. When the show is squarely about the music at the core of Elliott’s club, it hits unthinkable high points of joy. One early episode sequence set at a makeshift funeral is like watching a New Orleans-style celebration of life as it comes to a close: the camera whirls around in a dervish, the music plays, there’s dancing, and far more joy than at a somber religious ceremony. It calls to mind the late, lamented HBO drama Treme, which boasted an impressive cast but whose stories were bolstered by in-the-moment musical performances that were always better than the rest of the show. 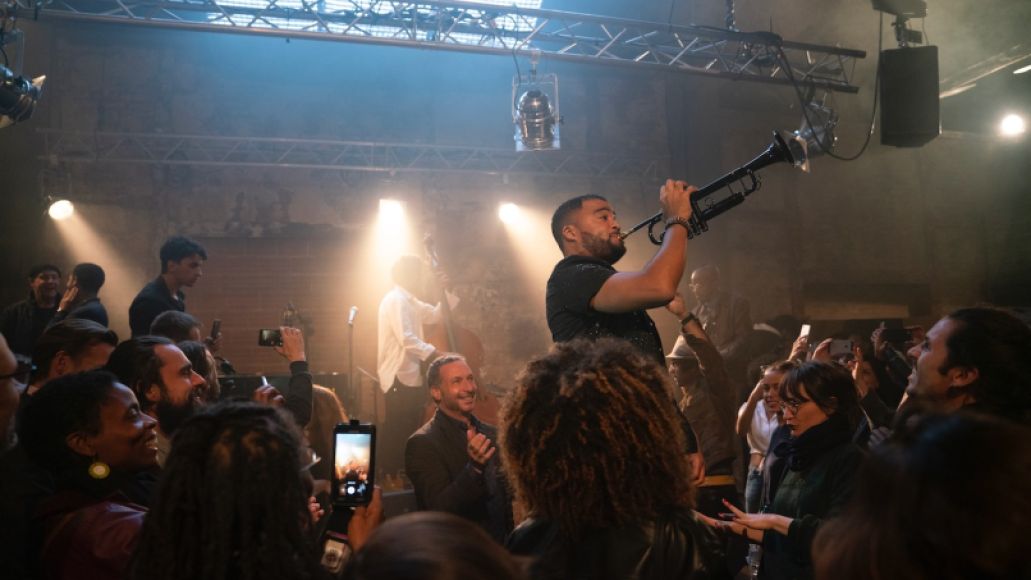 Sharing the Spotlight: The other distinct creative choice in The Eddy that is both intriguing and something of a miss is the decision to give different characters an episode-long spotlight. At the start, it makes sense: The first episode is titled after Holland’s character, and the second after Stenberg’s. As Elliott and Julie are the true protagonists of the show, giving them the spotlight makes sense. But by the fourth episode, when the installment is titled after and is largely about the previously mostly silent bass player in the band, it’s harder to grasp why Thorne wanted each episode to focus on different players. Damian Nueva, who plays that bass player, does well in a storyline about the character’s drug addiction and romantic past, but the story also feels like a strange left turn to make midway through the overall series.

The real headache is the ever-twisty plot in which Elliott finds himself, which hews too closely to the old Roger Ebert notion of the Idiot Plot, wherein a story could wrap itself up very easily if any of the characters ever talked to each other. (Mild spoilers follow.) In the first episode, many of the leads (Elliott included) are rent asunder by the surprising death of one of their friends, which has serious reverberations throughout the limited series. Soon enough, Elliott is lying to the police, hiding the truth about counterfeit money from his daughter and his lover/lead singer of the band Maja (Joanna Kulig of the Polish film Cold War), and trying to get to the bottom of the mystery he’s sucked inside of. None of this thriller-esque storyline is remotely interesting; by the midpoint of the series, when a shady criminal approaches Elliott, he lets go a heavy sigh, which is a great metatextual reflection of how dull this side of the story is.

Elevating the Material: Holland and Stenberg are, fortunately, brimming over with talent to at least make their more melodramatic sections of the show tolerable. (Julie’s personal struggles work primarily because Stenberg is extremely charismatic; the character as written is very thinly drawn.) Though Chazelle isn’t the only helmer, the other directors, including Houda Benyamina and Laila Marrakechi, are as adept at bringing the cinema-verite style to life. Honestly, it would’ve been more interesting to see other directors ape his La La Land aesthetic to life, but that would be a much different show and story.

The problem comes down to the writing. Thorne is one of only four credited writers on the eight episodes, and five of the installments are solely credited to him. Thorne, among whose recent credits are the HBO adaptation of His Dark Materials and the Amazon film The Aeronauts, has written a trio of intriguing characters — Elliott, Julie, and Maja — and given them a fascinating setting and world to explore, and done too little to actually go deep into that world, or those characters.

The Eddy looks the part. It’s well-made, it’s not too plodding (though some sections without musical performances stretch the bounds of patience), and it’s got one of the best actors in the business as its main performer. Holland is delivering yet another performance in this show that simply proves he may be the most underrated actor of his generation. But as much as he’s giving this show his all, it’s not returning the favor. 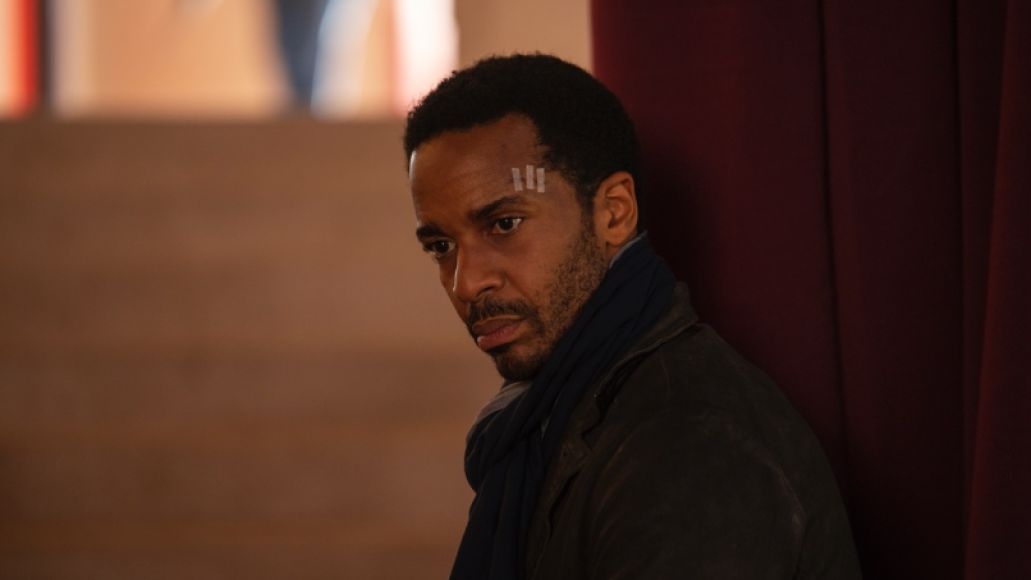 The Verdict: For anyone hoping that Damien Chazelle could bring his live-wire energy from films like Whiplash and La La Land to the small screen with the Netflix limited series The Eddy, lower those expectations. But come prepared for great jazz performances and a killer André Holland turn.

Where’s It Playing? The Eddy opens on Netflix this Friday, May 8th. 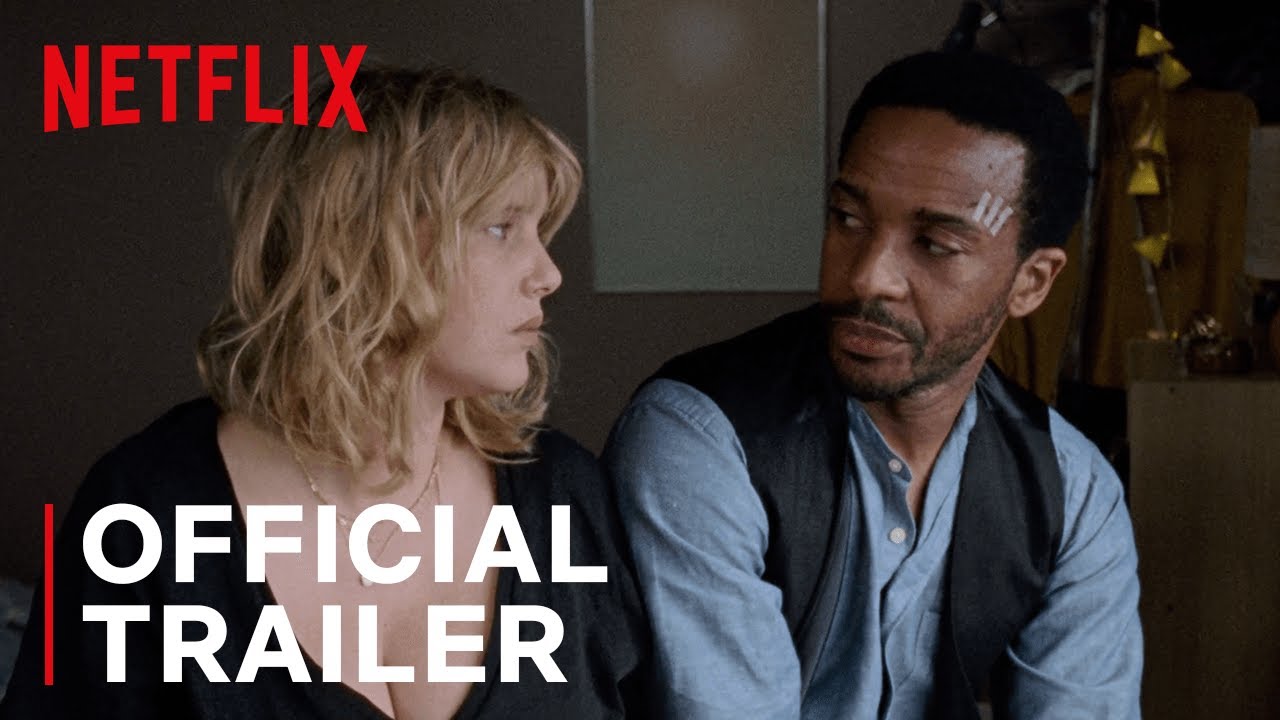 Damien Chazelle's Netflix Series The Eddy Is a Mess Without the Music: Review