The Pitch: Based on the Wally Lamb novel of the same name, I Know This Much is True charts the string of tragedies that surround the Birdsey brothers, Dominick and Thomas (both played by Mark Ruffalo) – identical twins born on New Year’s Eve, 1949, and who seem to have been born to suffer. And they do, through abusive childhoods in the 1950s to the early signs of Thomas’ paranoid schizophrenia in their college years. Cut to 1990, when Thomas, amidst a mental breakdown, lops off his own hand in a public library, a move that gets him institutionalized in a high-security mental facility. Terrified at his brother’s living condition, Dominick works tirelessly to get him out. But in doing so, he’ll have to work through some deep-seated issues of his own.

Misery Loves Company: Derek Cianfrance is no stranger to suffering in his works — his previous films, most notably Blue Valentine and The Place Beyond the Pines, are testaments to emotional grief and loss, and the way time seems to magnify all three. It’s no wonder, then, that I Know This Much is True is a bummer in the most pronounced, profound sense: the Lamb book, like Cianfrance’s HBO miniseries adaptation, is chock full of mental illness, dismemberment, death, divorce, abuse, the list goes on. If you’re sensitive to scenes of child (and animal) death, tread with caution. There are enough dramatic illnesses here, from SIDS to HIV to schizophrenia, that you could fill out a ‘trauma porn’ bingo card.

And yet, Cianfrance’s immense command of his craft means it all stays coherent and affecting and downright moving. The life of the Birdseys is a sad, lonely, painful struggle, and Cianfrance and his creative team weave through it with incredible sensitivity. Jody Lee Lipes’ cinematography is achingly melancholy, a desaturated requiem of intentionally-grainy ’70s/’80s film stock, often holding a bit too close on an actor’s face during particularly intimate moments to ensure we can’t escape their torment. Each episode feels impeccably structured, often introducing us to an early trauma in the Birdsey’s lives before showing us how it reflects in Dominick’s current struggles. 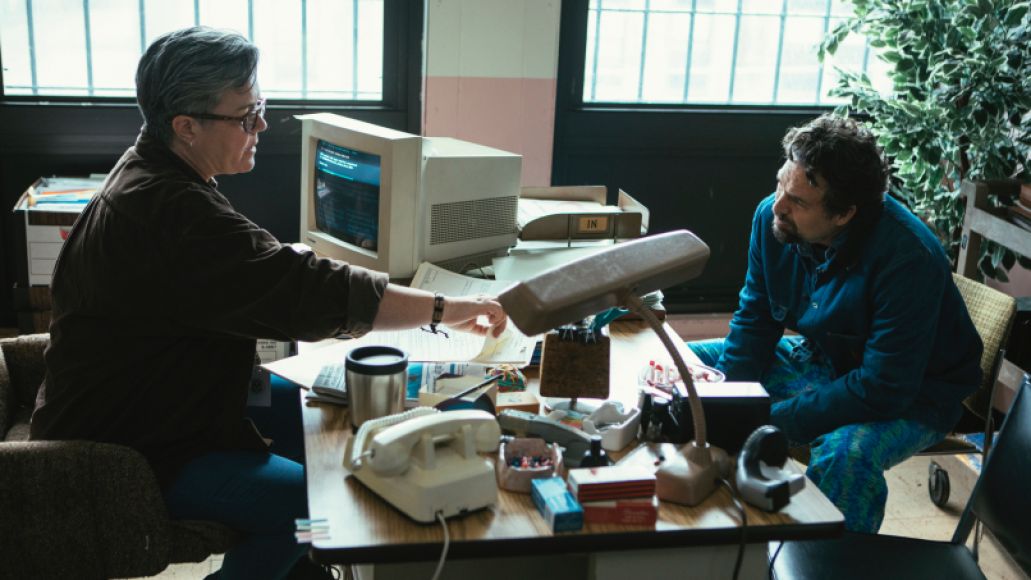 Where the Ruffalo Roam: At the center of it all is Ruffalo, who pulls remarkable double duty as the Birdseys, I Know This Much is True slotting somewhat easily into the “Mark Ruffalo Investigates” subgenre we’ve all come to know and love (Zodiac, Spotlight, Dark Waters). While Dominick isn’t as much the dogged investigator in this, it still gives Ruffalo plenty of chances to advocate for the plight of the suffering, quivering that lower lip and staring daggers into the guilty parties like only he knows how. And to be sure, there’s plenty here about the horrifying bureaucratic nightmare that is America’s mental health care system, and the complex systems that manage to keep people from getting the help they need. But so many more of the injustices in I Know This Much is True are internal, and the six-ish hours in which Ruffalo and Cianfrance get to play give us a fertile psychological playground to explore.

At first blush, Thomas would be the showier role for Ruffalo, putting on a few pounds (whether for real or through seamless digital/prosthetic trickery) and affecting a state of constant emotional agitation, his pained eyes constantly searching for the truth behind what he’s saying. But at the end of the day, I Know This Much is True is Dominick’s story, an emotionally volatile man whose advocacy for his mentally ill brother is inextricably interwoven with a lifelong sense of obligation. For Dominick, Thomas is an “anchor,” a “curse”, someone he can’t tear from his life as much as he might want to. And as he works with both Thomas’ caseworker (a remarkable, ball-busting Rosie O’Donnell) and therapist (Archie Panjabi), he starts to explore his own relationship with Thomas’ traumas, and the surprising ways in which he shares it.

It’s these scenes that prove the series’ best, giving Ruffalo and his scene partners ample opportunity to lay bare the raw, emotional roots of the Birdseys’ horrible journey. He’s positively chameleonic in this, disappearing into each role until you forget you’re watching one actor play opposite himself. (Special attention should also be paid to First Reformed‘s Philip Ettinger, who plays college-aged Dominick/Thomas in flashbacks so impeccably you could close your eyes and hear a young Ruffalo.) 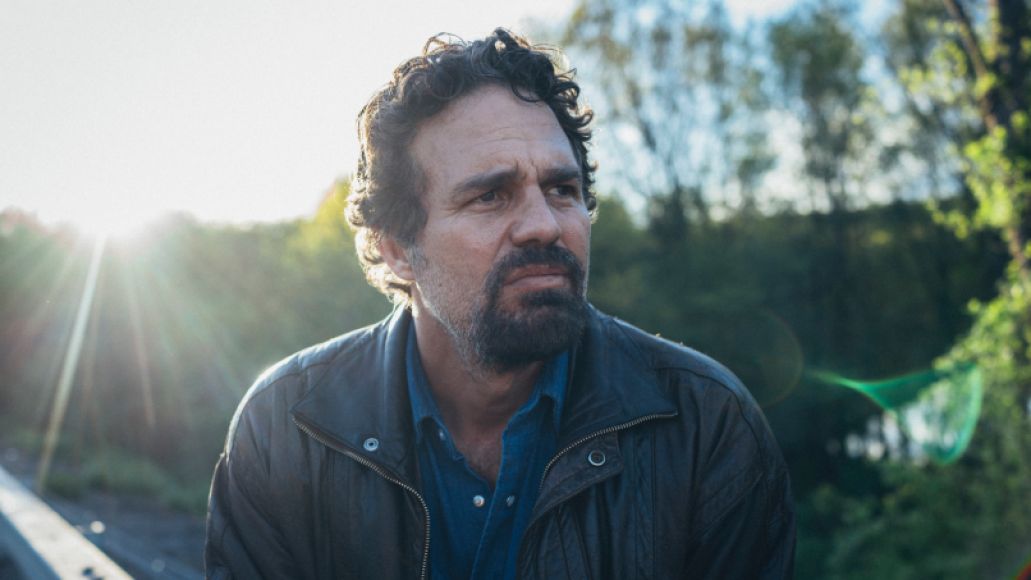 “We’re Cursed”:  We like to think our pain is not our own; sometimes, when things get really bad, it’s easier to just imagine we can’t escape it — that we’re being tossed about by the tempest of fate, and we just have to accept our lot. It’s an idea I Know This Much is True is deeply preoccupied with, especially in later episodes when Dominick begins reading a manuscript of his grandfather’s life story, one with striking parallels to his own. There are twin brothers torn apart by mental illness and tragedy, struggles with having a child, moments of shocking violence. “The sins of the father are visited upon the son,” Dominick screams at his therapist at one point.

It’s tempting for Dominick to feel like history is repeating itself, especially given Dominick’s fractured relationship with his ex-wife (Kathryn Hahn), with whom they failed to have a child, and his current girlfriend Joy (Imogen Poots), all of whom fail each other in soul-sinking ways. The men in his life don’t have it much better, Dominick rejecting (and being rejected by) his abusive stepfather Ray (John Pracaccino) and Ralph Drinkwater (Blood Quantum star Michael Greyeyes), the patriarch of a local Native family with whom he has surprising, terrifying connections. Refreshingly, Cianfrance allows all of these supporting characters to breathe even within Dominick’s story, giving them a sense of interiority in ways a lot of sad-white-guy stories fail to do.

Through them, I Know This Much is True becomes about more than two people’s pain, but about how that agony ripples through an entire community. When one person hurts, it affects all of us; that, in its way, can feel like a curse, and Cianfrance articulates that profoundly.

The Verdict: Amidst a profoundly depressing time for our country and the world, when we’re all stuck inside and going outside feels like a death sentence, I Know This Much is True may not be the sunny, escapist viewing you need right now. But in its unflinching look at the ways we process trauma, and the unexpected ways mental illness can manifest itself, the show morphs into a richly rewarding experience all its own. It’s an astounding work of drama featuring an incredible ensemble of performances, involving direction, and a beautiful, novelistic script that earns its big emotional swings for the fences. And it might be some of Ruffalo’s best work of his career.

Where’s It Playing? I Know This Much is True premieres tonight on HBO and airs Sundays at 8pm.

Mark Ruffallo Pulls Heartbreaking Double Duty in HBO's I Know This Much Is True: Review