The Pitch: When your home world explodes, where do you go? Earth will work, right? Well, it’ll have to when you crash land in a move-in ready home right in the heart of suburban America. That’s the plight of four aliens who have been forced to take refuge on the third rock from the sun. Like any family, though, they have their differences.

Korvo (Justin Roiland) wants to pioneer the journey to Earth’s demise alongside the misanthropic Yumulack (Sean Giambroni), super computer Pupa, and all sorts of insecurity. While Terry (Thomas Middleditch) and Jesse (Mary Mack) want to subscribe to the human spirit — pop culture and all — and will do anything they can to delay their plan.

While this team is clearly split, Korvo stresses for unity amongst their alien team: “From now on, we focus on the mission, but we also be a family … and all of that kind of shit … and do that kind of stuff.” Welcome to Solar Opposites, the latest animated series from Rick and Morty co-creator Justin Roiland and Mike McMahan.

“You’re Going to Come So Hard, You’re Going to Beg Me to Stop”: Did you want all of Roiland’s quips delivered with the same cadence and chutzpah he brings to Rick and Morty? No? Well, as Principal Mr. Cooke says in Solar Opposites: 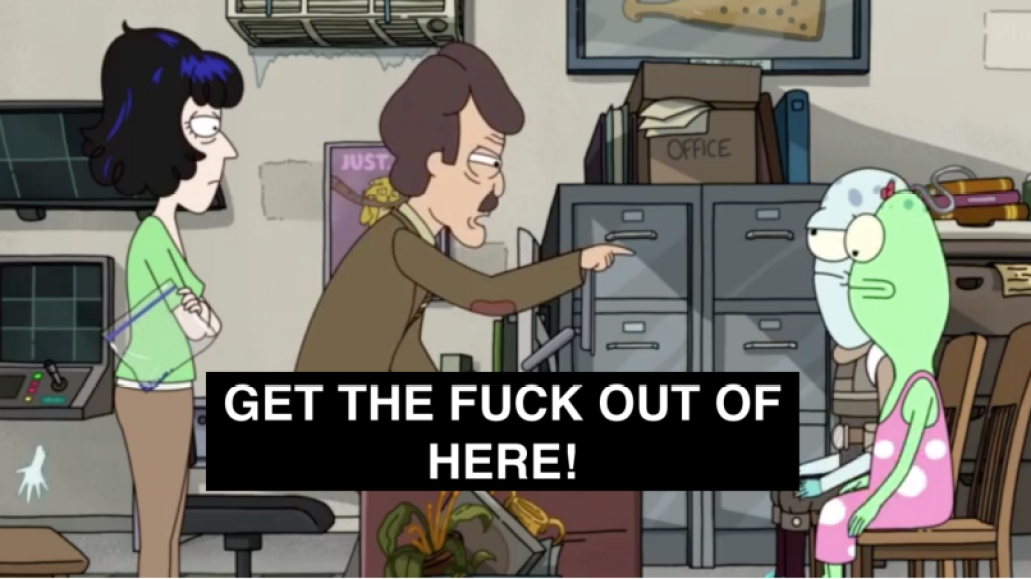 Look, it’s obvious rabid fans of Rick and Morty are excited for Solar Opposites given Roiland’s association with both series. And it’s even clearer that streaming platforms such as Hulu or Netflix are vying to keep their respective content pipelines flowing for their audiences — and they’ll do so by snatching up anything that’s trending or popular. Given those two realities, it’s not exactly surprising that Solar Opposites feels more like a capitalization of a scene than an extension of it.

Granted, this isn’t exactly new. After all, Fox doubled-down on Matt Groening with The Simpsons and Futurama; not to mention, the three-course serving of Seth McFarlane with Family Guy, American Dad, and The Cleveland Show. But Solar Opposites seems more redundant than those programs, and its lack of ingenuity and risks (both of which Rick and Morty is rarely in short supply of) only speaks to its own gratuitous demeanor. If anything, it’s a direct antithesis to its source material. 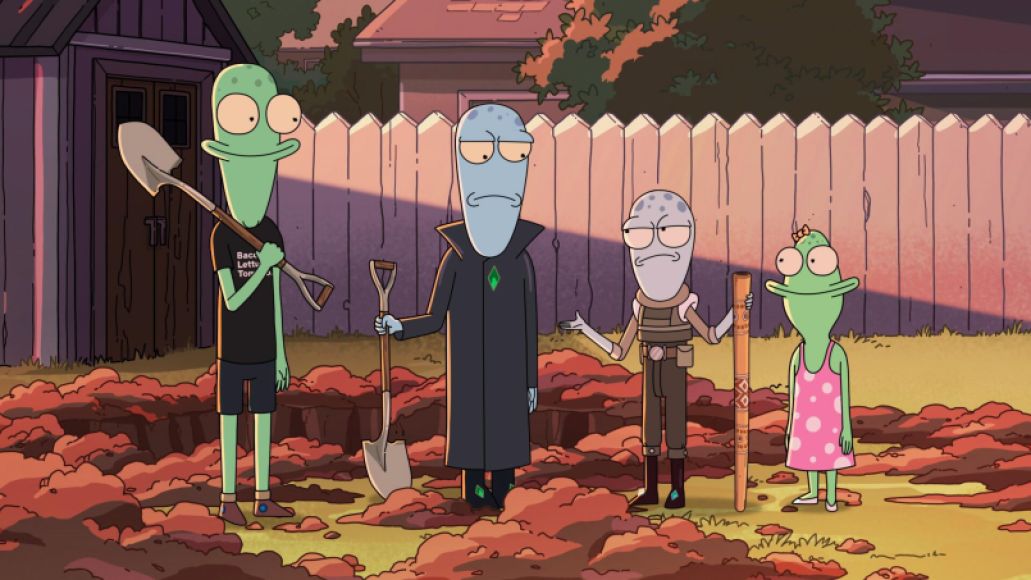 “Retrace Our Steps!” Having said that, there is one element of Solar Opposites that works — the stars. The onslaught of guests in each episode are not only fun to pick out, but wind up carrying the weight of each episode. No kidding: Be it Jason Mantzoukas, Christina Hendricks, or Tiffany Haddish, the guests are far more memorable than any of the principals. And that guest list hilariously extends to the star-studded “Wall People”, which is essentially a vending machine of miniaturized humans. Don’t ask.

Clearly, this an issue of the series, but much of it has to do with redundancy. Let’s be frank, Roiland essentially designed Korvo in the guise of a maimed Rick, and Yumulack is more or less a bastardized version of Morty. And while Middleditch and Mack do their best within the limitations of their roles — Terry and Jesse are certainly the original of the four — they’re a part of a confused ensemble that lacks much heart. So, in that sense, it’s easy for anyone to come in and steal the gig. And they do. Every time. 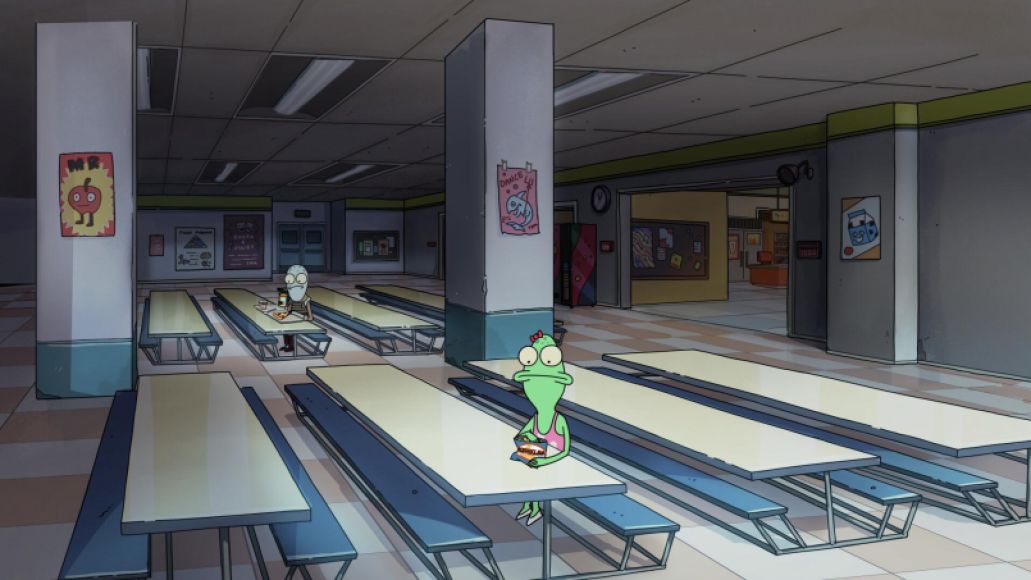 “Good For You, Mr. Moneybags!” The advertising has to stop. We get it. You want to make even more money and allow brands to participate in your show in the wake of the Szechuan Sauce Phenomenon. At this point, though, it’s exhausting and hardly clever. You can’t just put a bucket of KFC chicken on an animated dinner table and call it a day. Whereas the Szechuan bit worked like a Don Draper fever dream, these examples would make even Willy Loman wince. Not only is it offensive, but it also creates a vacuum where this kind of meta-context used to exist. To be fair, Solar Opposites isn’t the only show doing this, but it’s just embarrassing given Roiland’s involvement. 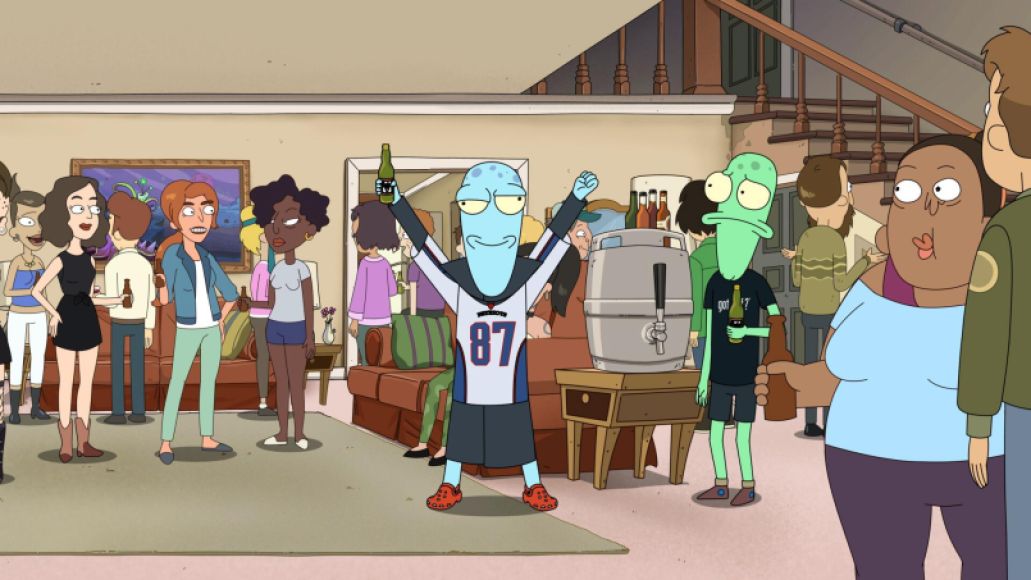 The Verdict: Solar Opposites certainly has its share of moments and ultimately there’s hope that Roiland and McMahan can find steadier footing in another round. Besides, like any creature, you have to crawl before you walk, walk before you run, yadda, yadda, yadda, you get the point. If we’re going by that metaphor, this show is undoubtedly sprinting by the end of Season 1, but it’s turning too many corners, hitting too many rocky trails, and tripping over too many things. Hopefully, Season 2 will find some newer terrain, and the laces will be tied a little tighter. Exhausted by this metaphor? Same.

Where’s It Playing? Solar Opposites lands on Hulu this Wednesday, May 8th.