The Pitch: In 18th century Russia, a penniless Prussian noble named Catherine (executive producer Elle Fanning) is betrothed to Emperor Peter (Nicholas Hoult). Catherine, who makes up for what her family lacks in finance with the kind of sick optimism preserved for golden-haired, porcelain-perfect teenage girls in these types of fairy tales, travels across Europe and Asia with wide-eyed hopes of marital bliss, a progressive Russia, and maybe even some pull in court.

Of course, as these things go, Catherine’s husband is loutish, childish, and more concerned with drinking himself into a stupor than just about anything else. Catherine is forced to grow up, fast. Their marriage quickly devolves into a battleground. A mere six months in and with all of her dreams shattered in pieces at her feet, the Empress says, “Fuck it”, stages a coup d’etat scorned girlfriends will dream about for centuries to come, and overthrows the bastard.

Catherine the Great ruled Russia for over three decades, but it is within those storied six months that Hulu’s The Great finds its footing. Billed as “an occasionally true story” with the help of one cleverly placed asterisk, The Great understands the power in the fine print early on and takes just enough creative license to make Russian court palpable for a modern American audience. However, it never quite packs enough of a punch to separate Tony McNamara’s latest project from his work on 2018 Oscar darling, The Favourite. 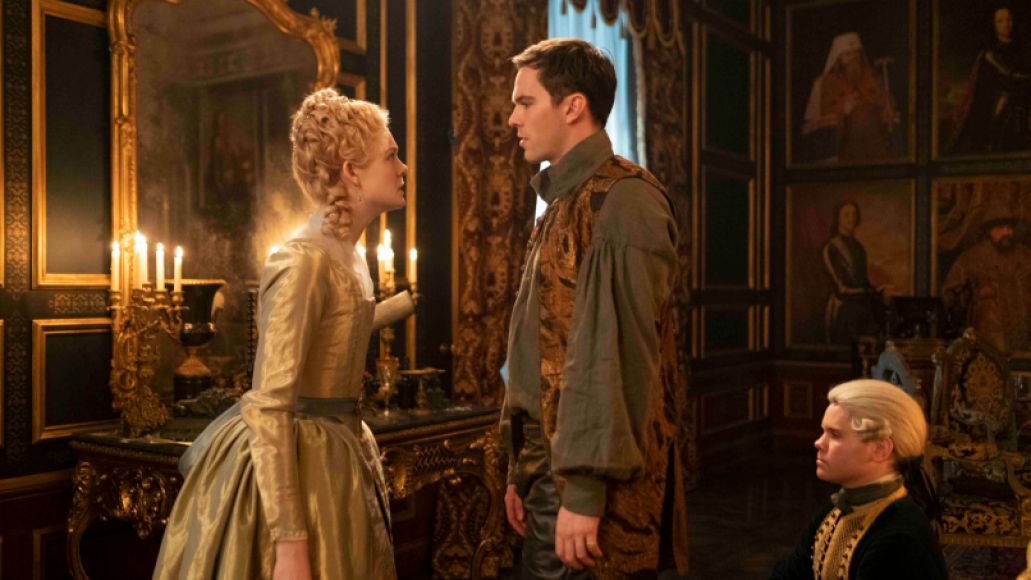 Huzzah!: Even awash in an identity crisis, The Great delivers lacerating humor at almost every turn. Set against stunningly lush and brutal set design, McNamara’s pen is mighty in exposing the dimwitted nature of royal court and the danger in following a tactless, petulant leader prone to explosive tantrums — whether it be blindly or not. Funny how 18th century Russia and 21st century America seem so interconnected, isn’t it? Just kidding, it’s not.

What’s more, the series has assembled a racially diverse cast of players whose dexterous deliveries maneuver through the maze of this anti-historical carnival to effective results. Fanning’s portrayal of Catherine is beguiling, her comedic delivery spot on, and her conscious choice to not lean too hard into the low-hanging feminist fruit is refreshing.

Peter may be impulsive, erratic, and cruel, but Nicolas Hoult succeeds in peeling back the skin, if only for a moment, to show us the glimmers of insecurity and humanity beneath the tyrant before deftly snapping us back to reality with a crude comment, a whiny aside, or a self-serving “huzzah!” Sacha Dhawan’s Orlo is something to be marveled at while Phoebe Fox’s Marial all but steals every single scene she’s in. 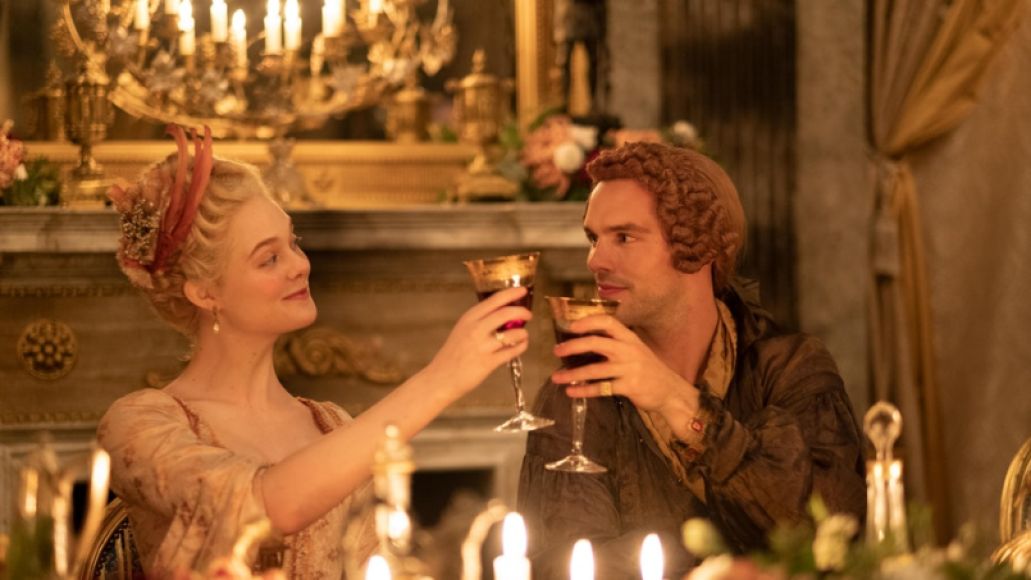 Catherine the Who and What? For all its successes, The Great suffers from a two-fold identity crisis. The first is McNamara’s use of tired dynamics from his time spent inking The Favourite. A recycled handmaid here, a not-as-effectively bleak worldview there, and oy with the rabbits already! The second, and perhaps more offensive, is the series’ inability to distinguish itself as either a lowbrow slapstick comedy or a period drama dipped in comic acid. The network’s solution, if we can call it that, is to slap on a fatalist band-aid labeled “genre-bending.”

Under this guise, episodes lean too hard on sex, grotesque comedic bloodshed, and foul bodily functions for cheap plays at punctuation. Coupled with overly long episode run times, The Great loses steam in the middle. Catherine’s triumphant moment of becoming falls victim to too predictable romance. Character arcs teeter on the edge of dull, and comedy becomes stale as overly played-out and ingratiating plot devices draw out at a snail’s pace. Luckily, the ship manages to turn itself around and return to its bone-sharp styling in the final episode run.

Elle Fanning Could Be a Pop Star (If She Wanted To)

Best Movies and TV Shows Coming to Netflix, Disney Plus, Hulu, and Amazon Prime in May 2020

The Verdict: In the end, The Great never quite lives up to its name. Unable to rise above its growing pains and find a true sense of identity, the series comes off as a smarmy attempt to pass off a ribald, diluted take on the Dickinsons, Tudors, Downton Abbeys, and Favourites of the world.


Where to See It: Premieres May 15th on Hulu with a 10-episode drop!

Hulu's The Great Never Lives Up to Its Name: Review