Twitter has taken the unprecedented step of flagging a tweet from Donald Trump, saying it violated the platform’s rules against glorifying violence.

Early Friday morning, as protests boiled over in Minneapolis over the murder of an unarmed black man, George Floyd, by police, Trump sent out an especially incendiary tweet threatening violence against protestors.

“These thugs are dishonoring the memory of George Floyd, and I won’t let that happen,” Trump tweeted. Just spoke to [Minnesota] Governor Tim Waltz and told him that the Military is with him all the way. Any difficulty and we will assume control but, when the lotting starts, the shooting starts. Thank you!”

In a statement, Twitter said it restricted Trump’s tweet “based on the historical context of the last line, its connection to violence, and the risk it could inspire similar actions today,” according to The New York Times.

As the Times points out, Trump’s “when the looting starts, the shooting starts” line is a direct reference to Miami Police Chief Walter E. Headley‘s 1967 announcement of a “get tough” policy in black neighborhoods.

This is the second time in the last week Twitter has sought to censor Trump’s Twitter feed. On Tuesday, the social media platform fact-checked a misleading tweet from the president regarding mail-in voting ballots. Trump responded by accusing Twitter of conservative bias and, on Thursday, he signed an executive order that seeks to limit the legal protections shielding social media companies. 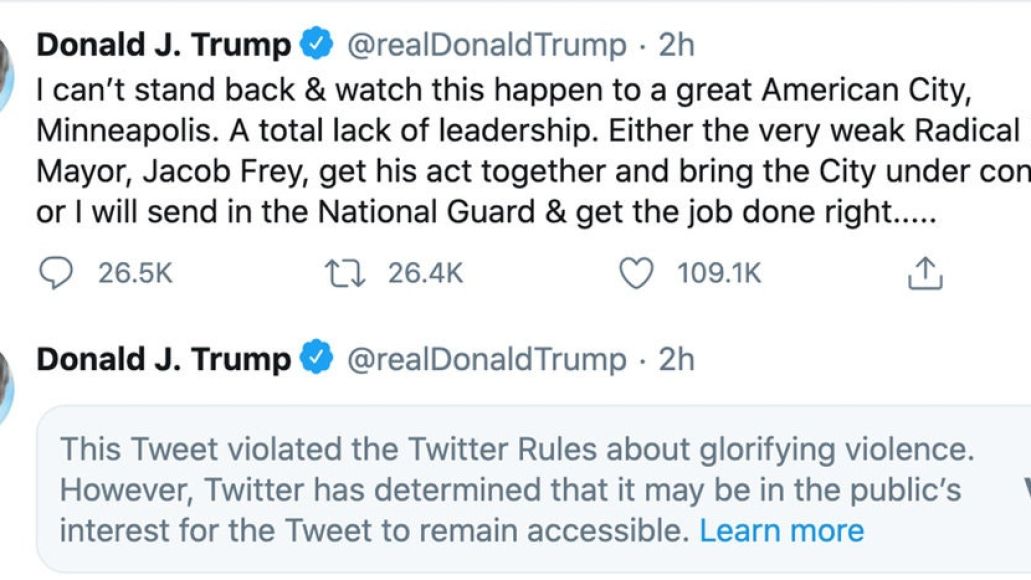 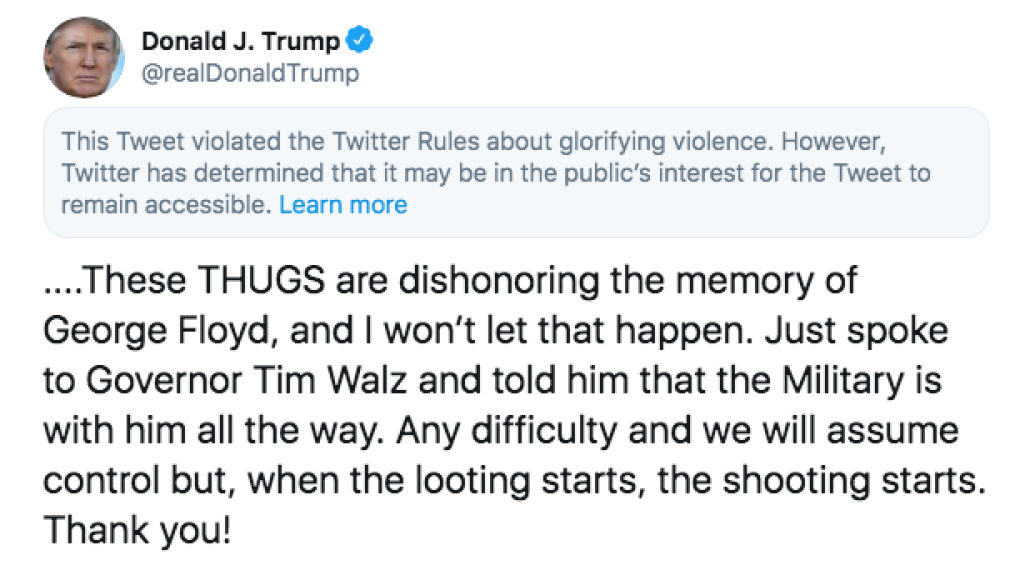