The very talented Nandi Bushell has offered her support of Black Lives Matter and the fight against racism with a multi-instrumental cover of the Rage Against the Machine classic “Guerrilla Radio.” The 10-year-old musician rocked the drums, bass, and guitar for the performance.

This is certainly not the first we’ve seen of Bushell. The UK pre-teen previously wowed us with a drum cover of Queens of the Stone Age’s “No One Knows”, which received an endorsement from QOTSA themselves. And her YouTube channel features dozens of more impressive performances.

Her Rage Against the Machine cover comes with a poignant message during these tumultuous times, with protests raging across America and the world following the death of George Floyd while in police custody. A description of the performance on her YouTube channel and social media pages reads, “Solidarity in the Fight to End Racism! #fightracism #blacklivesmatter #enoughisenough. This song is one of Nandi’s favourite songs. Nandi has loved @rageagainstthemachine since she was a baby.”

What a time it would have been for RATM to be on tour, given everything that’s going on in the world, but unfortunately their much-anticipated reunion is on hold until next year due to the COVID-19 pandemic. The politically charged band will now hit the road beginning June 3rd, 2021, in El Paso, Texas. 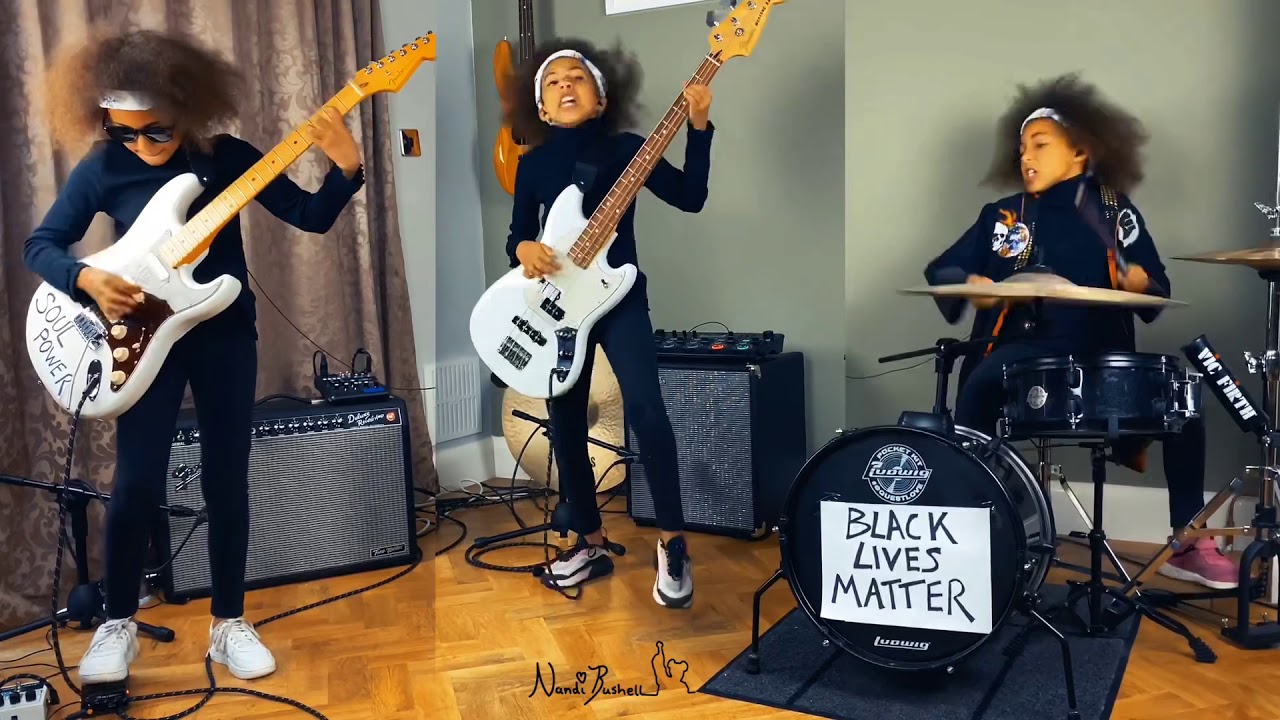 Well now we are on the right track https://t.co/R0J2rV8Mgz