Thrash metal veterans Anthrax are paying tribute to the late Pantera guitarist Dimebag Darrell in the form of a new signature bourbon, “The Healer”.

The whiskey’s name comes from Dimebag himself, as Anthrax drummer Charlie Benante recalls from his time touring alongside Pantera and taking shots on the tour bus.

“The first time I heard Dimebag refer to booze being a healer was when we were on tour together and I was really sick,” Benante said. “He came onto our bus, opened my bunk curtain, gave me a shot of whiskey and said, ‘Booze is the healer.'”

Added guitarist Scott Ian, “If we arrived for soundcheck a little hungover, Dimebag would be standing there with a knowing Cheshire Cat smile, a shot of whiskey at the ready and the words ‘booze is the healer.’ And goddamn if it didn’t work. Put us right back on the horse.”

Anthrax made good Dimebag’s words and pulled all the stops for their third venture into small-batch bourbon (in 2014 they released the high-end whiskey “Indians” and followed by “The Devil You Know” the next year). The Healer is “Solera-aged in a King’s Barrel,” and produced by Hillrock Estate Distillery in New York’s Hudson Valley Highlands. One barrel — equivalent to 360 bottles — was produced of the potent 115.6-proof bourbon, with bottles going for a connoisseur’s price of $140.

“To my uneducated palate,” Ian said, “this high rye content bourbon with notes of toffee, molasses, cinnamon, and mint was incredibly well-balanced.  The depth of the flavor was intense. In layman’s terms, it’s some damn-good hooch!”

The band went with Hillrock after a tasting following a show last November in Connecticut — their final show prior to the pandemic.

“This bourbon got my vote right away,” said bassist Frank Bello. “When I took the first sip, the mix of flavors really came out in a big way, and it was obvious to me that this bourbon had to become my new best friend.  It was more like a cool smooth vibe that made me pour a second glass. Second glasses are fun.”

Charlie Benante on New Anthrax Album: “The First Thing I Wanna See Come Out Is a Vaccine”

Both “Indians” and “The Devil You Know” sold out within days, and with the Dimebag connection, the 360 bottles of “The Healer” likely won’t last long, either. The press announcement also said delivery by the July 4th holiday is possible for immediate orders.

You can order the whiskey via Mash & Grape. Check out the bottle and label design below. 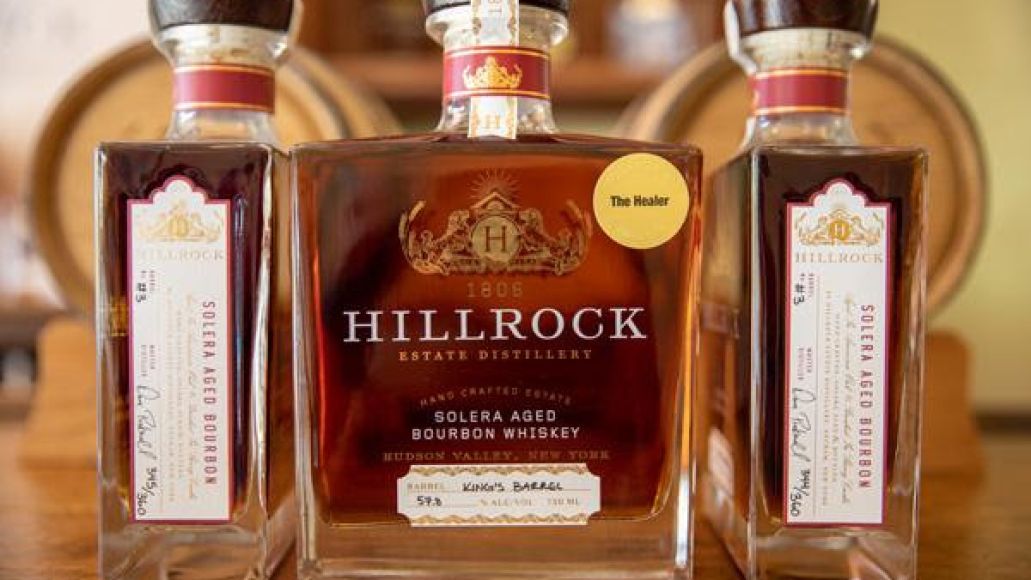