Apple is ready to change things up on you again. Earlier today, the tech monolith announced its newest software, iOS 14, for iPhones, iPads, Macs, Apple TV, and Apple Watch during the Worldwide Developers Conference. A lot of ground was covered, so we’ve cherry-picked the biggest takeaways to help save you time.

First thing’s first: iOS 14 will change things up for the iPhone starting with a brand new iOS home screen. The new look allows users to set default email and browser apps for the first time, pin widgets with updating information, and go beyond the previous limitations of apps-only visuals on the home screen.

From there, Apple revealed some helpful tweaks to the Messages app. Users can now mention one another within a text (similarly to tagging), rock updated Memoji looks like a face mask, and pin threads to the top of group texts thanks to a new interface. 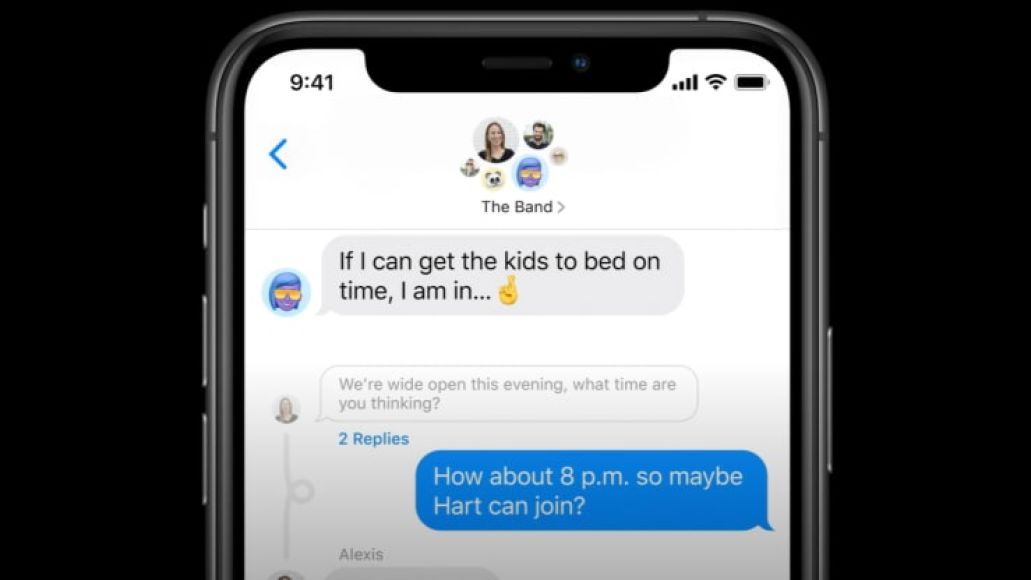 AirPods are pushing to stay ahead of the game once more. Sometime in the near future, all AirPods will be able to seamlessly switch between devices thanks to a modification to the software it runs. As such, users will no longer have to manually select which source the earbuds will connect to. AirPods Pro are getting even fancier, too, by utilizing the accelerometer to provide “spatial audio” that tracks the location of both you and your device. The ensuing effect will be akin to feeling like you’re inside the audio mixing booth.

Somehow, the Apple Maps update that comes with iOS 14 seems like something that should have been implemented long before now. Users can now opt for a cycling-specific navigation option or an EV (electric vehicle) navigation option. In addition to highlighting the optimal biking route to and from a destination, Maps will alert cyclists to elevation increases on their path. The EV navigation will highlight locations where the driver can recharge their vehicle. Initially this will only be available in New York City, Los Angeles, San Francisco, Shanghai, and Beijing, but Apple will expand the specialty Maps options in the coming months. 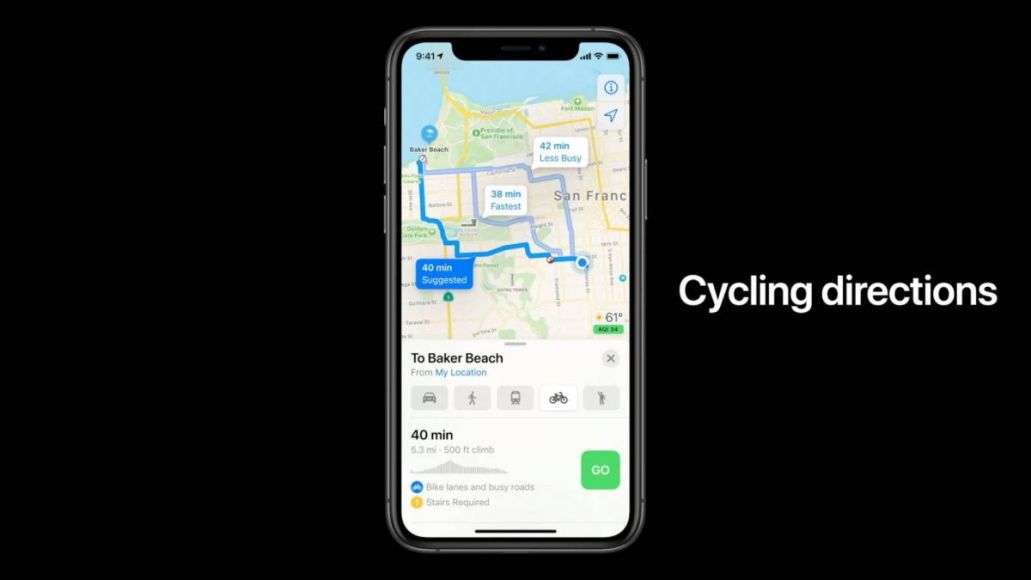 Android users are already gleefully discussing Apple’s debut of App Clips, a product that’s heavily reminiscent of Android’s own Instant Apps. Instead of downloading an entire app to access its abilities, users can launch the app through an internet browser or text message to download a smaller, byte-sized version that’s only 10 MB. Think of it as a practical way to enjoy apps that are used infrequently and as a way to save coveted space in the iPhone.

There’s plenty more that Apple CEO Tim Cook revealed at the conference today — like how Apple TV is getting multiuser support for Apple Arcade, or how the new Apple Watch can track users’ sleeping and handwashing habits — but the last big slice of news is that the company is ditching its Intel software for good. In the coming months, Apple will begin switching out Intel chips in Macs to replace them with its own Apple-branded chips. Allegedly the new software will result in faster performance on laptops and desktops.

It looks like 2020 could be Apple’s biggest year yet for software after making 2019 a blowout in its product department. Last year, the company unveiled the iPhone 11, its noise cancellation AirPods, and even a new iPod Touch. Apple also made waves for replacing iTunes with standalone Music, Podcasts, and TV apps — a decision that left some DJs flailing but has since transitioned as the new normal.