Beyond the Boys’ Club is a monthly column from journalist and radio host Anne Erickson, focusing on women in the heavy music genres, as they offer their perspectives on the music industry and discuss their personal experiences. This month’s piece features an interview with Lzzy Hale of Halestorm.

Lzzy Hale is a champion of women in rock music. As the lead vocalist and guitarist of Halestorm, Lzzy has spent years encouraging young women to pick up an instrument or microphone and show the world that girls can rock hard, too.

Like every other band out there, Halestorm have been dealing with the fallout of the COVID-19 pandemic, with concerts on hold for the foreseeable future. To help, they’ve launched the #ROADIESTRONG campaign, raising money for Live Nation’s Crew Nation fund through specific merchandise items at Rockabilia.

While isolating at home, Hale spoke with Heavy Consequence for the latest “Beyond the Boys’ Club” column. She discussed what Halestorm have been up during the lockdown, progress on their follow-up to 2018’s Vicious album, how the pandemic is impacting musicians, what advice she offers young women looking to get into the music world, and more. Read the full interview below.

We all have a common enemy right now, and there’s a lot of negativity that surrounds this, but there are so many people lifting each each other up from all walks of life saying, “We’re going to get through this and we’re all in this together.” So, in that aspect, it’s inspiring.

We noticed a lot of bands doing this, and we’ve done it for our own personal crew, putting out some t-shirts and putting some funding out for each individual band’s crew. But, we realized there’s this massive misconception about roadies. People think, “Oh, rock shows and rock stars,” and it all magically happens. We wanted to create this mass awareness for all the crews and roadies and not just for each individual band’s crew, but all the road crews, including the ones that float and aren’t with a specific band, that are struggling right now.

As musicians and the poster children for the rock show, we have more outlets. We can do streaming and interviews, but these roadies that are responsible for us being in tune and sounding big onstage, they don’t have that mouthpiece. Nobody is streaming, “Hey, watch me string up a guitar!” So, we wanted to make this a direct line. We started the hashtag #ROADIESTONG asking rock stars and friends and fans to make videos or tell stories about their encounters with roadies from their favorite bands and about what their road family means to them. Also, it’s a way to direct people to where they can donate to help these guys.

We teamed up with Crew Nation and also have been dealing with Rockabilla, and we have specific #ROADIESTRONG t-shirts and masks, so when all of this blows over, you can wear that t-shirt to a show and show the roadies you have their backs. 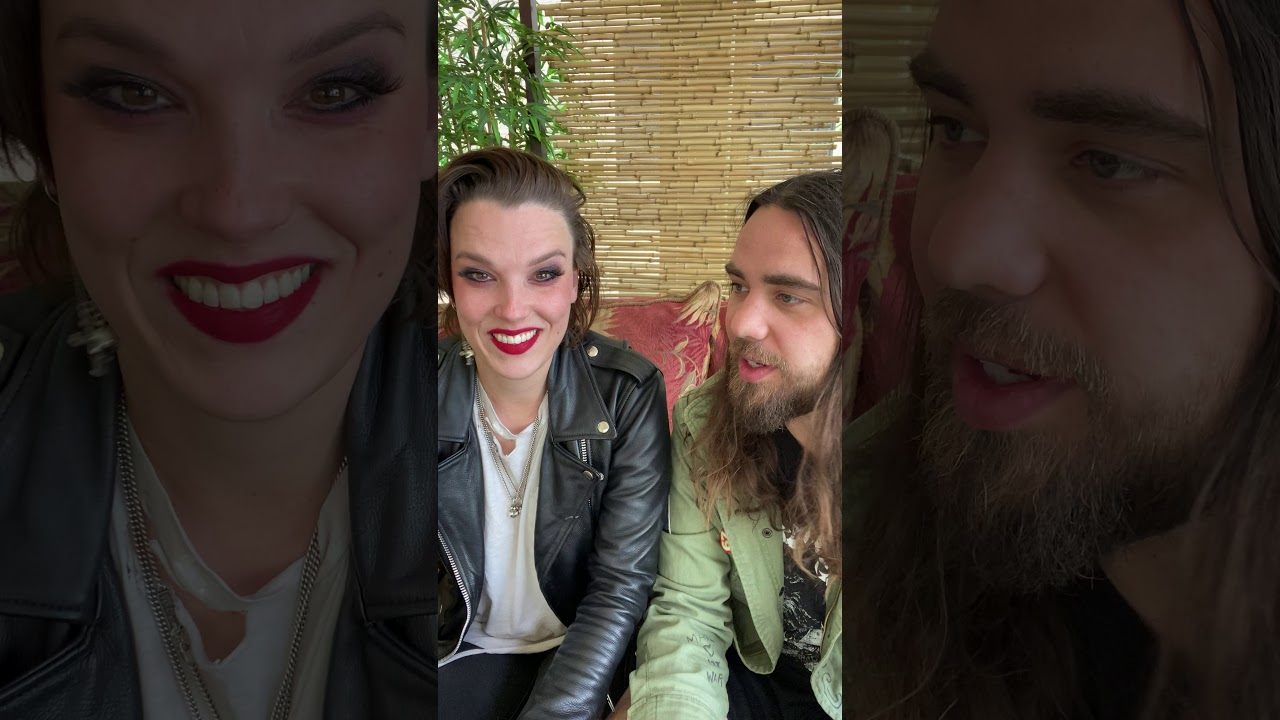 The biggest thing is the future is unknown for us. Halestorm is usually booked way ahead and has our plans, and we know where and when we’re going to go on tour. This absolutely rocked our world, even though we were one of the lucky ones. We had finished most of our tour cycle for our last album, Vicious, and planned most of this time to write another record.

On her recent statement that a lot of bands won’t come back after the pandemic, because they’ve been hit so hard

It’s tough, because for all the bands that were depending on these summer tours. if we had just started promoting a record and said, “Hey, we’re going to go out on a whole schedule of summer festival gigs and go overseas,” you depend on that for your income and to promote the record. There are so many bands that are in that position who will have to find different ways to promote their new record.

There are some bands we may never hear of, because they just released their fist record and were dependent on that promotion and playing live and getting themselves out there, and now, they don’t have that outlet. So, it’s a really weird time in the music industry. We’re all floating right now in the industry waiting for the endgame.

In a positive light, everybody is going to want to go out and see live music. I think the approach to it may change. Maybe the meet and greets have to change or more hand sanitizer or maybe everybody has to be a little more cautious about what they’re doing and where they’re going and what they’re touching. The weird part is I can predict all day, but the reality is, let’s say there was a vaccine tomorrow and nobody else is dying and we go back to go back to normal. It’s not just about what’s allowed — it’s about what we’re used to. Depending now how long this goes, nobody is going to want to shake hands anymore, and everybody will want to keep a distance from other people. It really is a new world. It will be a new world, it won’t go back to the way it was, but we’ll find ways to make it great. The rock show won’t die, but it will be a little different.

On how Halestorm have kept busy during the lockdown

The funniest thing for us is that since this pandemic stated, we’re busier now than maybe we would have been. I’ve never had to learn so much technical stuff and videos and Zoom etiquette and all that! In a lot of ways, I’ve been enjoying putting myself out there and us out there as a brand. I had kind of inadvertently been preparing for something like this, and there will be a rollout of releases and duets and projects I’ve been working on for the past year or so that now have an opportunity to shine.

On the status of Halestorm’s next album

We have been writing a lot, so there will be new music at some point. Maybe there will be a double record, because of all this. I think it’s important to stay connected, not just in a musical sense, but to let everybody know you’re here and connected. 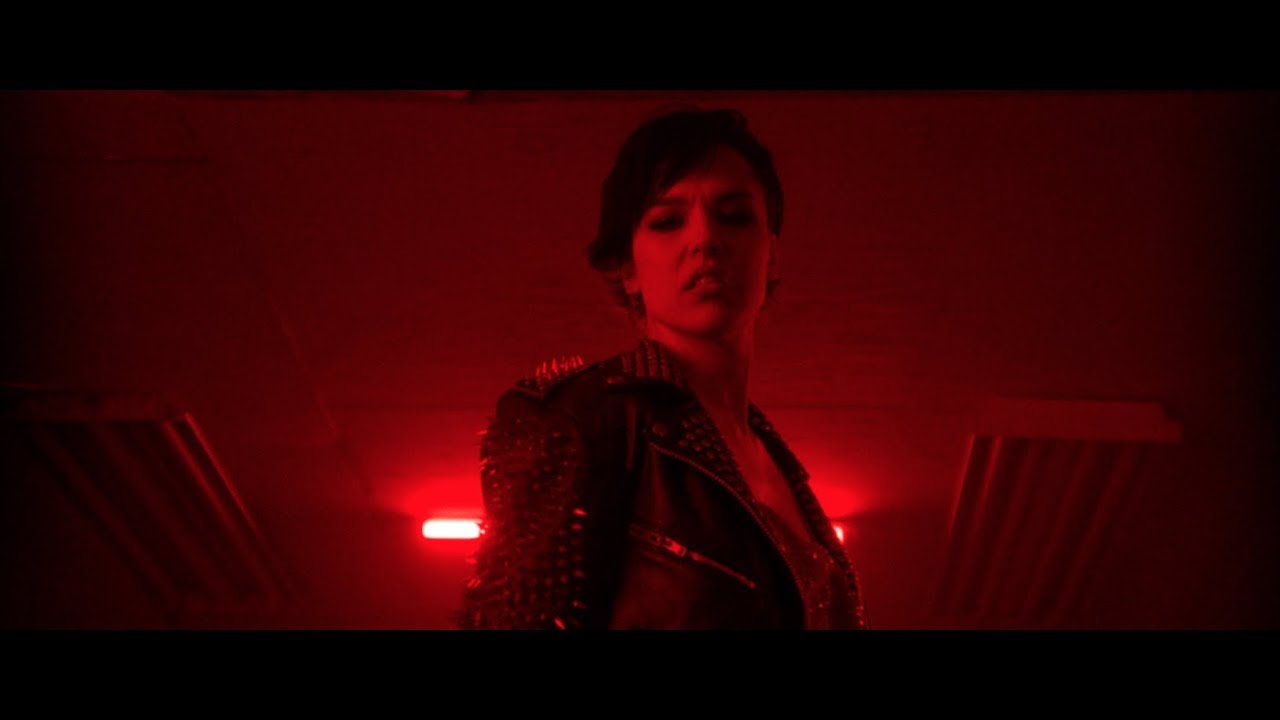 It’s definitely changed. When we were first coming up in the scene, I remember the first time we were trying to do showcases for labels, and we went to play for everybody, and everybody said the same thing: “We love what you do, but we don’t know what to do with you, because the female thing in rock isn’t happening right now.” So, fast-forward a couple of years, and we’re touring and trying to get on radio, and then they’re saying, “We would play your song, but we already have a female act we’re playing.” So, they were treating it like a novelty. For me, I thought, you’re going to have to play me at some point, because people will request it on the radio. It took a turn a couple years ago, as more girls were encouraged to be themselves and not listen to those people and do it anyway. As more women have been encouraged to do the same, we’ve all proved ourselves in a lot of ways. We may have won a couple of battles, but there’s still an ongoing war for that overall equality.

On inspiring the next generation of female rock musicians

I know with myself and Amy Lee and Taylor Momsen and Maria Brink and all my female counterparts, a couple years ago, we started taking about how important it was to be that example and be up onstage and say, “Hey you, girl in the front row. You can do it, too.” Now, I’m seeing a lot of these amazing female musicians rocking hard. The hard rock genre is truly gender-less. We’re seeing all these women in the audience. It used to be 60/40 male to female, and now, it’s flipped. You see these women owning heavy music, and they love it.

Beyond the Boys’ Club: Maria Brink of In This Moment

Beyond the Boys’ Club: Amy Lee of Evanescence

My biggest piece of advice for being a female, or any gender, is to pride yourself in not paying any mind to what people think about what you do. They could hate me or love me. The only thing that matters is what you think of you. For women, we get a lot of pressure. “She changed her hair,” or “she’s getting bigger,” or “she’s too thin.” We get judged harder. Until all that evens out, don’t let that seep into what you’re doing. The end goal is to continue down that road.

Also, don’t listen to anybody who says you can or can’t do something, or you should be this or dress like this or do that. Do you. Be as genuine as you can possibly be, because that’s all you’re left with at the end of the day. When you get off that stage, it doesn’t matter if you earned a bunch of money or you’re famous. If you don’t like what you do and aren’t proud of what you’ve done, all of that is for nothing.

Our thanks to Lzzy Hale for taking the time to speak with us for this month’s “Beyond the Boys’ Club” column. Pick up Halestorm’s latest album, Vicious, here, and support the #ROADIESTRONG campaign here.

Beyond the Boys' Club: Anette Olzon

Beyond the Boys' Club: Willow Smith

Beyond the Boys' Club: Lzzy Hale of Halestorm