Today marks June’s Bandcamp Day, when the service gives over 100% of sales to artists and labels to support those hurting during the pandemic. A number of musicians have dropped special releases to mark the occasion, and that includes black midi. The experimental noise rock outfit has shared The Black Midi Anthology Vol. 1: Tales of Suspense and Revenge, and you can stream it below.

Tales of Suspense and Revenge finds the London four-piece reading classic short stories over original instrumental “jams.” Guitarist/vocalist Geordie Greep reads “A Woman’s Confession” by Guy de Maupassant and Edgar Allan Poe’s “Hop Frog”, drummer Morgan Simpson reads Ernest Hemingway’s “Out of Season”, and bassist Cameron Picton reads an excerpt from Robert Tressell’s The Ragged Trousered Philanthropist called “Who is to Pay?”. Also included are the three instrumentals that were broken up into the backing tracks.

Seeing as this collection is dubbed Anthology Vol. 1, it’s fair to wonder if these sort of short story readings may become a staple of black midi’s releases. For now, listen to Tales of Suspense and Revenge below, and purchase it over at Bandcamp. 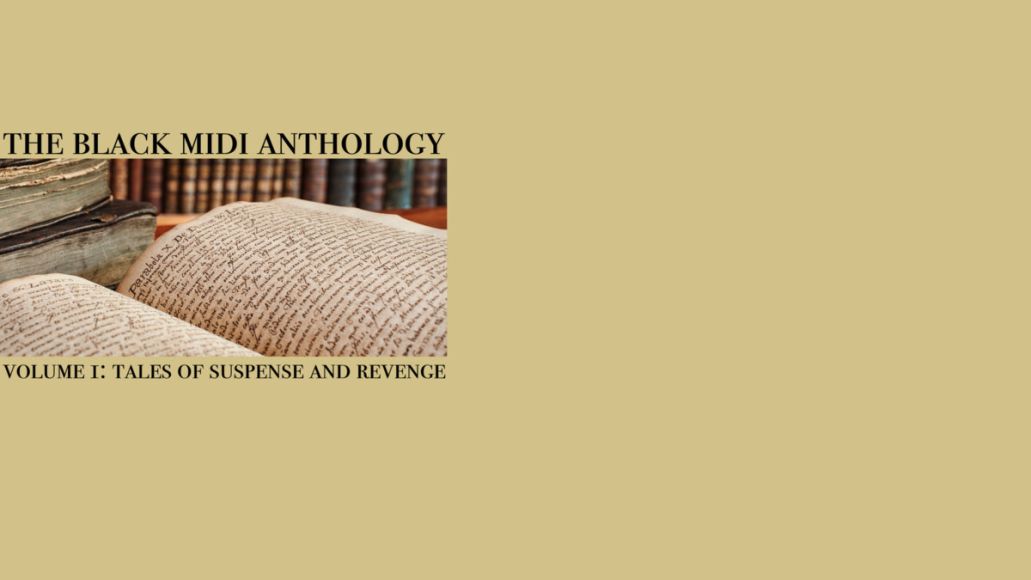 The Black Midi Anthology Vol. 1: Tales of Suspense and Revenge Tracklist:
01. A Woman’s Confession by Guy De Maupassant
02. Who is to Pay? by Robert Tressell (Extract From The Ragged Trousered Philanthropists)
03. Out of Season by Ernest Hemingway
04. Hop Frog by Edgar Allan Poe
05. Instrumental 1
06. Instrumental 2
07. Instrumental 3