To close out the Obamas’ “Dear Class of 2020” virtual graduation ceremony, BTS and Megan Thee Stallion headlined a post-graduation party.

BTS kicked off their mini-set with a high-energy, choreographed version of “Boy With Luv”. They then sat on stools for a soothing version of “Spring Day”, before closing out their performance with “Mikrokosmos”.

Earlier on in the event, BTS gave a poignant commencement speech during which he member of the K-pop shared their own memories from graduation day. 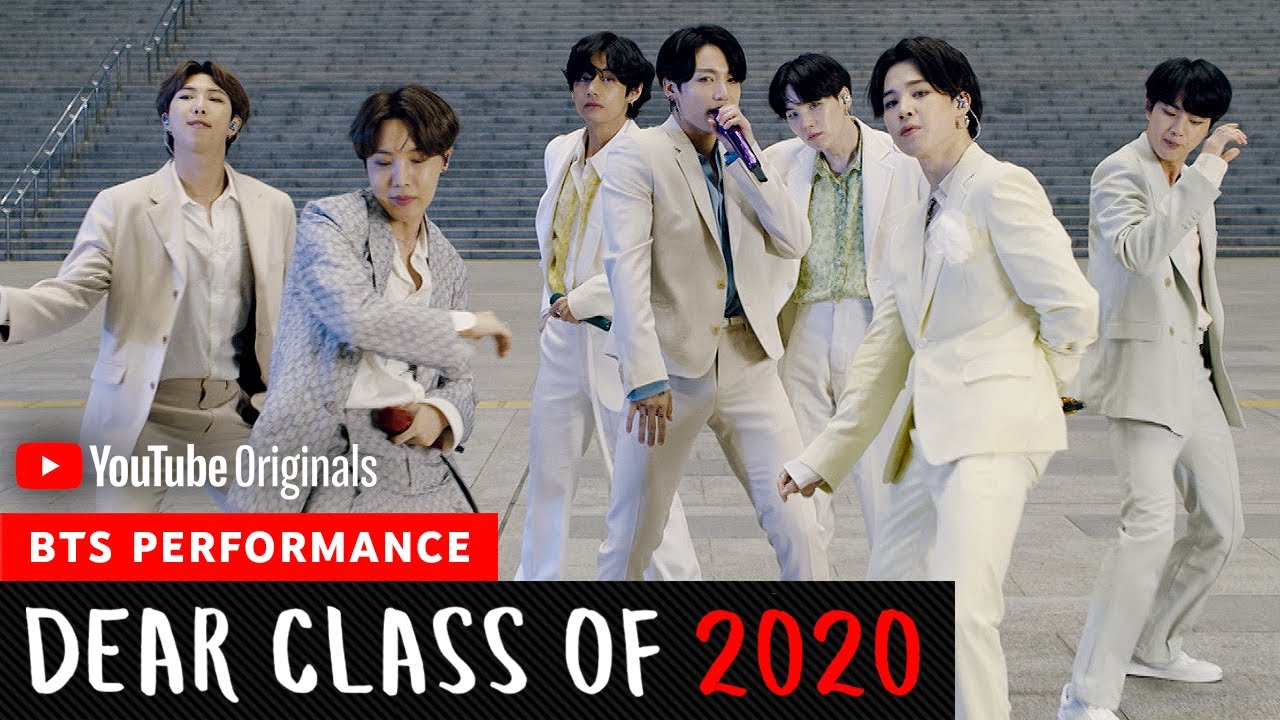 The five-hour, festival-style event also featured performances from Katy Perry and Malmua. Perry sang her new single “Daisies” along with “Firework”, and also led graduates in the ceremonial tassel-turn at the end of the celebration. Meanwhile, Malmua performed “ADMV”.