Dave Chappelle is one of the first major entertainers to ease back into live performances since the pandemic, but he’s doing it cautiously. The renowned comedian has been hosting a series of impromptu intimate outdoor shows in Ohio called “Dave Chappelle & Friends: A Talk with Punchlines”.

The sets are invite-only, limited to roughly 100 guests each, and subject to social distancing enforcement. The two shows that have taken place so far (on June 6th and June 8th) were held outdoors at the Wirrig Pavilion in his hometown of Yellow Springs.

According to Dayton.com, attendees wore face masks the entire time — custom ones designed with a large “C” were also available — and were spaced out on the lawn in front of the makeshift stage. Those in the audience described the nature of the comedy as laid back, conversational, and off-the-cuff. One guest, Raymond G. Howard, told Dayton.com that Chappelle also spoke about current events that he’s never touched on before.

“Trump, George Floyd, racism, his Netflix specials, a restraining order against a man from Fairborn, and his son getting tear gassed in Beavercreek at a protest,” Howard recounted.

R. Kelly wanted to fight Dave Chappelle after iconic “Piss On You” skit

Others said that the 46-year-old Chappelle chose to end one of the stand-up shows on a sobering note by sharing his own thoughts on Black Lives Matter and the protests in response to George Floyd’s murder. “It was so intense to see the emotion on his face from such a close distance,” one attendee told the Springfield News-Sun. “It was a powerful and moving moment, especially with everything going on in the world right now.”

Chappelle’s set was preceded by other comics, Michelle Wolf and Cincinnati local Gabe Kea. Like all Chappelle live events, there was a “no phones” rule in place for the crowd, and no alcohol was served on the premises. However, attendees noticed a small camera crew was filming the sets, which suggests that these will be turned into a video special sometime down the line.

Check out fan-caught photos from the shows below.

These aren’t the first instances of Chappelle putting on events for his hometown. Last summer, he threw a benefit block party featuring Stevie Wonder, Chance The Rapper, and Jon Stewart that honored the victims of the Dayton, Ohio mass shooting. He’s also held an annual “Juke Joint” festival in the city that’s filled with food and alcohol vendors and other celebrity guest appearances.

According to Eventbrite, the next “Dave Chappelle & Friends: A Talk with Punchlines” show is slated to go down tomorrow, June 11th, though it remains invite-only. 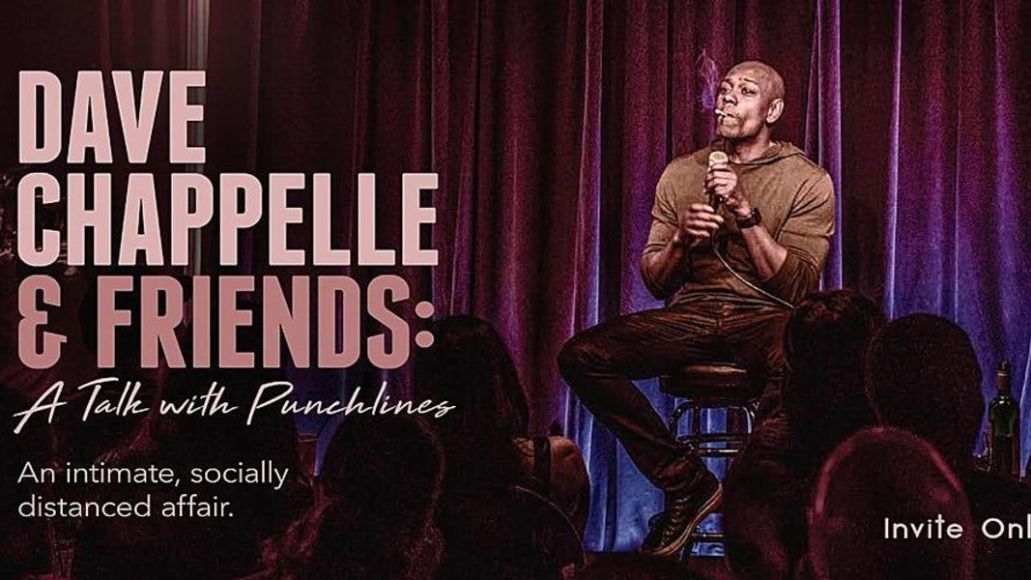