The Pitch: When an upstart property finds any kind of success, executives immediately smell a sequel. And to a certain extent, A Nightmare on Elm Street was no different. Freddy Krueger, the man with the pointy hands, generated no fewer than seven follow-up films and a reboot. But few sequels achieve the level of clout and revisionist thinking that A Nightmare on Elm Street 2: Freddy’s Revenge has found since its release in 1985.

Scream, Queen! My Nightmare on Elm Street recounts Nightmare 2’s curious afterlife through the eyes, emotions, and experiences of lead actor Mark Patton. Patton, a closeted Hollywood upstart saw his career cancelled shortly after its release. The film saw its canonical and critical reputation wither. The backlash morphed from dismissive to outright homophobic (never read the comments – more in a minute). Fans recoiled at Nightmare 2’s differences from its predecessor, many turned off by the film’s queer overtones amid ‘80s machismo and social norms. Patton retreated from the industry thereafter.

But Scream Queen! finds new life for both Patton and Nightmare 2. Like many films built from good-natured camp, A Nightmare on Elm Street 2 has blossomed into a queer cult gem, and Scream, Queen! is Patton’s bid at a comeback of sorts. 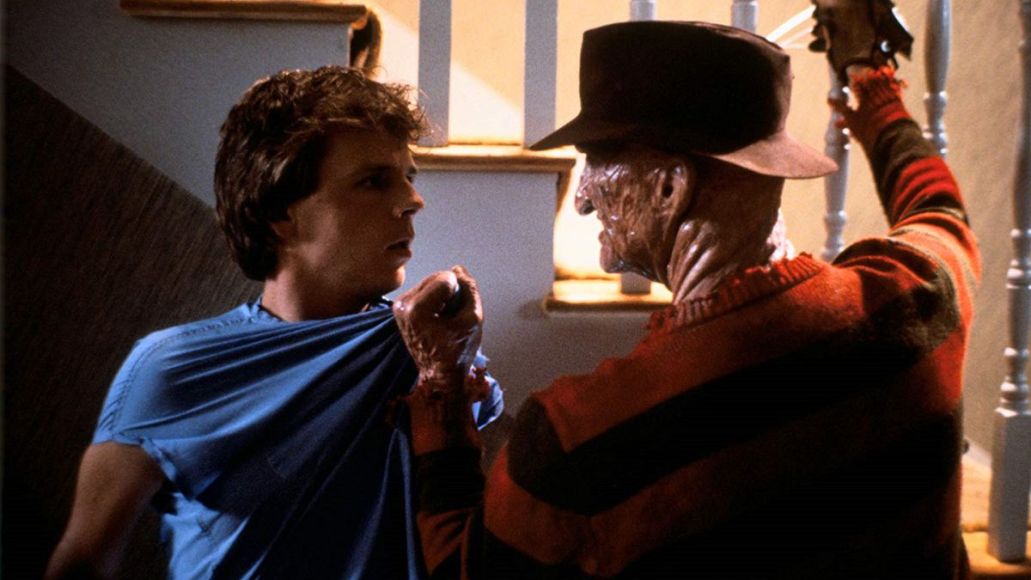 Claws Out: Scream, Queen! has been marketed as a sort of Patton’s Revenge, getting in last words with Nightmare 2 writer David Chaskin about his multiple transgressions over the years: Bad quotes, playing dumb, a general pass-the-buck mentality about the film. Chaskin has openly admitted to denying the film’s queer subtext because he felt it added a sort of mystique, and he’s pointed a finger at Patton’s casting as a scapegoat for anyone who disliked or was uncomfortable with the finished product. And Patton, understandably, would like some form of retribution. (Fear not: the doc delivers in the gotcha-journalism sense, for those curious.) But there’s much more here.

Scream, Queen! My Nightmare on Elm Street is a sympathetic take on changing attitudes, critical backpedaling, and the better sides of fandom in relation to the queer community. The sequel may well have been bedeviled by (likely) homophobic Fred-heads, and the doc has receipts in the form of abhorrent Internet comments and sensationalistic headlines about it being “the gayest horror film ever.” But the doc also illustrates what the film meant to young gay men, to closeted horror fans, and how a new world has embraced the film as an outlier, and even a statement on the fear of repression.

Horror fans are nothing, if not enthusiastic, but Scream, Queen! offers a different set of talking head interviews as countless people share what Patton meant to them growing up. While contemporary films like Cruising were fearful of the gay community and Sleepaway Camp utilized trans panic for shocks, Nightmare 2’s initial rejection (or perceived lack of tact) has morphed into a kinder read on bodily possession, and adolescent male fears of queerness. 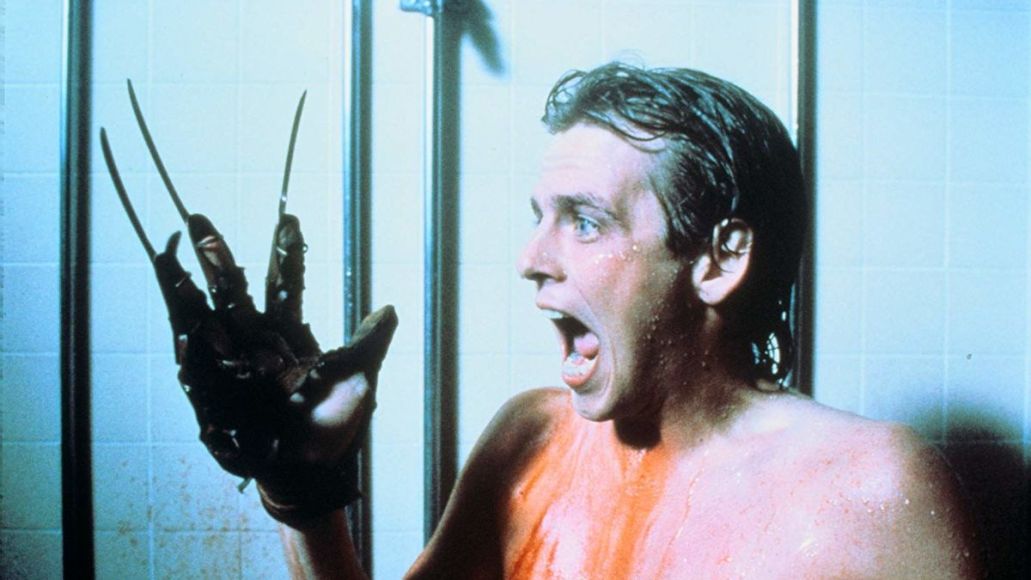 Yes, content can become context, and yes, horror struggles to read beyond kills and scares at times, but Scream, Queen! sharply digs into the “why” of Nightmare 2’s gnarly stuff. A monstrous man emerging from a teen’s belly. Fred Krueger’s claws digging their way like a phallus into young Jesse Walsh’s mouth. Subtext, obvious as it can feel to some, is intriguing here. S&M bar encounters, chest-beating shower and locker-room politics, a lead unafraid to look meek and sweaty. The doc makes a pointed angle on Nightmare 2 being about an internal struggler; burying and battling one’s own feelings. And really, this movie’s gross effects are more interesting when seen as a sympathetic struggle. Because of this, in a decade of scream queens, Mark Patton’s Jesse is somewhat regarded as a genre loner, a man in peril who’s not just used for slaughter fodder.

While Nightmare 2 director Jack Sholder hides behind memories of work stress to blind his own reading (he claims he had zero clue the movie filmed scenes in LA’s biggest gay bar, which, sure), the cast is a little hipper. Robert Englund reflects on the gay community’s performer scene of the era, and closeting among friends and allies. And Mark Patton, well, he pretty much is the documentary.

What’s Coming to Shudder in June 2020

Patton’s story is fascinating, heartbreaking, frustrating, and a perfect cautionary industry tale. Handsome and fresh to New York in the early ‘80s, he was just starting to rise in the ranks, landing commercials and acting with the likes of Cher and Robert Altman. And when he landed the Nightmare 2 role, it seemed like a dream come true: an overnight success story, a new star plucked from obscurity. But once word of his homosexuality got around, his management began to fret, and his personal life became the subject of scandal. He was told based on his screams and perceived effeminate demeanor in Nightmare that he’d never be a leading man.

Patton also came into the scene as AIDS and HIV were devastating the nation. Tabloids were outing and squashing gay talent. Rock Hudson was on people’s minds, and Patton sadly became another victim of the era. Not only did he retreat from public life, but he endured HIV and tuberculosis until eventually going off the grid in Mexico. Scream, Queen! excels as a decade-long examination of pop culture’s shift to a more inclusive environment, as seen by Patton.

Patton the Back: Patton tells a tighter, less well-heard, and necessary tale of being gay in an era where that could still destroy a career (which to be frank, is still an issue that should be better addressed…), nestled carefully within a re-read of an oft-maligned horror sequel. He’s a deeply appealing subject: A little self-effacing, highly aware of the era he had to survive, and often just kind, warm, and chatty. (And at the risk of suggesting Patton do anything he wouldn’t have wanted; the doc elicits a real sense of shame that he didn’t continue acting.) Patton insists that his experience, and sharing it, has him hopeful that he can help others. And you’ll believe him.

Verdict: While Scream, Queen! My Nightmare on Elm Street is initially situated as a sort of TMZ takedown for the horror set, something wonderful happens. It becomes a stirring Hollywood history lesson, and a convincing plea for inclusion as one of fandom’s better sides. Whereas horror docs like this can be a geek show – Best Worst Movie’s love-hate relationship with Troll 2 fans comes to mind – Scream, Queen! talks to fans and enthusiasts with more to say than “they love the chaos.” This is the silver lining along Freddy Krueger’s nasty claws.

Where’s It Playing? Scream, Queen! My Nightmare on Elm Street is exclusively streaming on Shudder. 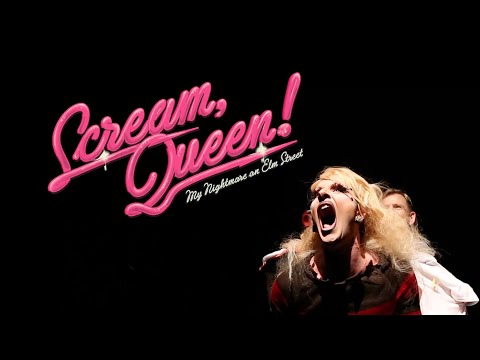