Alternative rock band Hum have returned with the surprise release of their fifth studio album, Inlet — their first new music in 22 years.

The long-awaited follow-up to 1998’s Downward Is Heavenward comes as a delight to fans who’ve been wondering whether Hum would ever release new material following their ’90s heyday. The band rose to prominence with its 1995 major label debut, You’d Prefer an Astronaut, and the iconic space-faring single “Stars”.

The track garnered considerable MTV and FM airplay, to the point where Hum are sometimes erroneously labeled a “one hit wonder.” Downward Is Heavenward would be equally beloved by fans, despite falling short of Astronaut‘s commercial success. Hum would go on hiatus in 2001, infrequently reuniting for shows and small tours, sparking rumors of a new album.

The last post on the website for Hum singer/guitarist Matt Talbott’s Earth Analog studios near Champaign, Illinois, was dated February 8th, 2017: “Working on a new Hum record.” It appears they followed through, though they kept quiet throughout the process. Except for some low-key DIY solo bedroom tours and a laboriously thorough repress of Downward is Heavenward, Talbott kept the new project under wraps until emailing fans this morning, June 23rd: “New Hum Album Available Now”.

Musically, Inlet picks up right where Downward left off. But it’s even heavier and more brooding. With the opening guitar wall of “Waves”, Talbott and guitarist Tim Lash introduce the massive slab of tone that churns and smolders through every song. Four of the tracks each top eight minutes in duration, with Hum coming close to full-blown stoner doom on the riff-laden “In the Den” and the spacious “Desert Rambler”. It’s the heaviest and most metal they’ve ever sounded.

The album is currently available via Bandcamp and will appear on other digital platforms “within the week.” Pre-orders for the vinyl and CD versions are available via Polyvinyl. You can stream Inlet below. 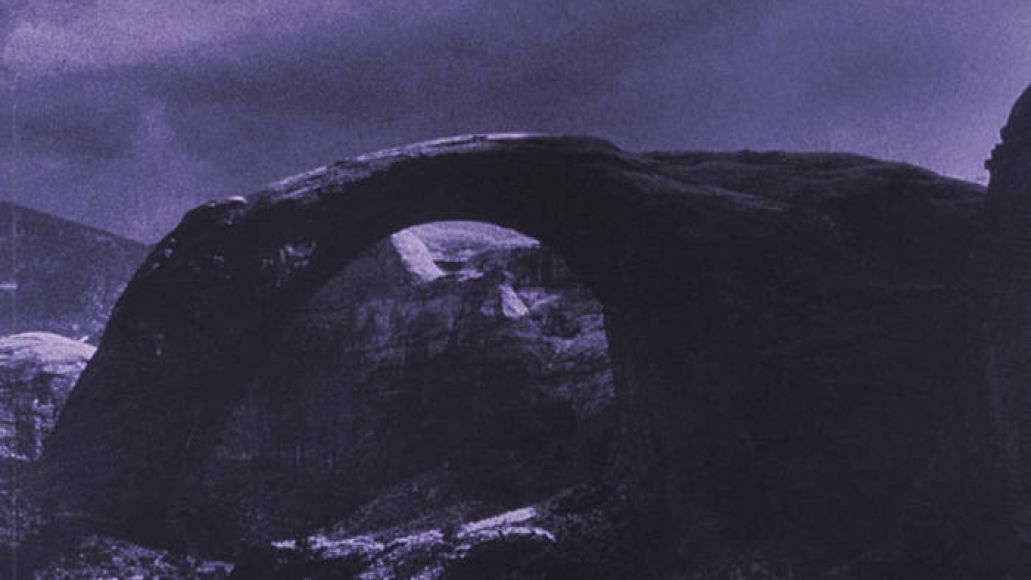