International Day of Slayer is celebrated annually on June 6th, and this year it features the on-demand release of the band’s 2019 movie The Repentless Killogy.

This year marks the 18th annual International Day of Slayer. The special day (6/6 — closest date to 666) has seen fans skip work or school to listen to the legendary thrash band’s music all day. And beginning Saturday, fans who didn’t catch The Repentless Killogy in theaters or purchase the Blu-ray can now stream it via video on demand.

The VOD stream is available via the band’s website for the appropriate price of $6.66 for 48 hours of access. The Repentless Killogy is essentially two movies in one, combining a narrative story that weaves together the ultra-violent music videos from the band’s Repentless album with a full concert at the Los Angeles Forum filmed in August 2017.

Heavy Consequence caught up with filmmaker BJ McDonnell, who lensed the narrative portion of the movie, and actress Jessica Pimentel, who stars in the film, back in November. McDonnell told us of the music videos and the movie, “I’m happy that people enjoy the violence, the gore, the storyline … something visual to take away with them with the soundtrack of Slayer behind it.” Read the full interview here.

Spill the Blood: The Making of Slayer’s Repentless Killogy

Film Review: Slayer’s The Repentless Killogy Is a Bloody Feast for Fans

Slayer wrapped up their final tour ever this past November. We caught the November 9th show at Madison Square Garden in New York City, where it was clear the iconic metal band was giving it all as they said goodbye to their devoted fans. On top of that, our photographer documented the last show ever at the Los Angeles Forum on November 30th.

Watch the trailer for the on-demand release of The Repentless Killogy below. The film is also available on Blu-ray here. 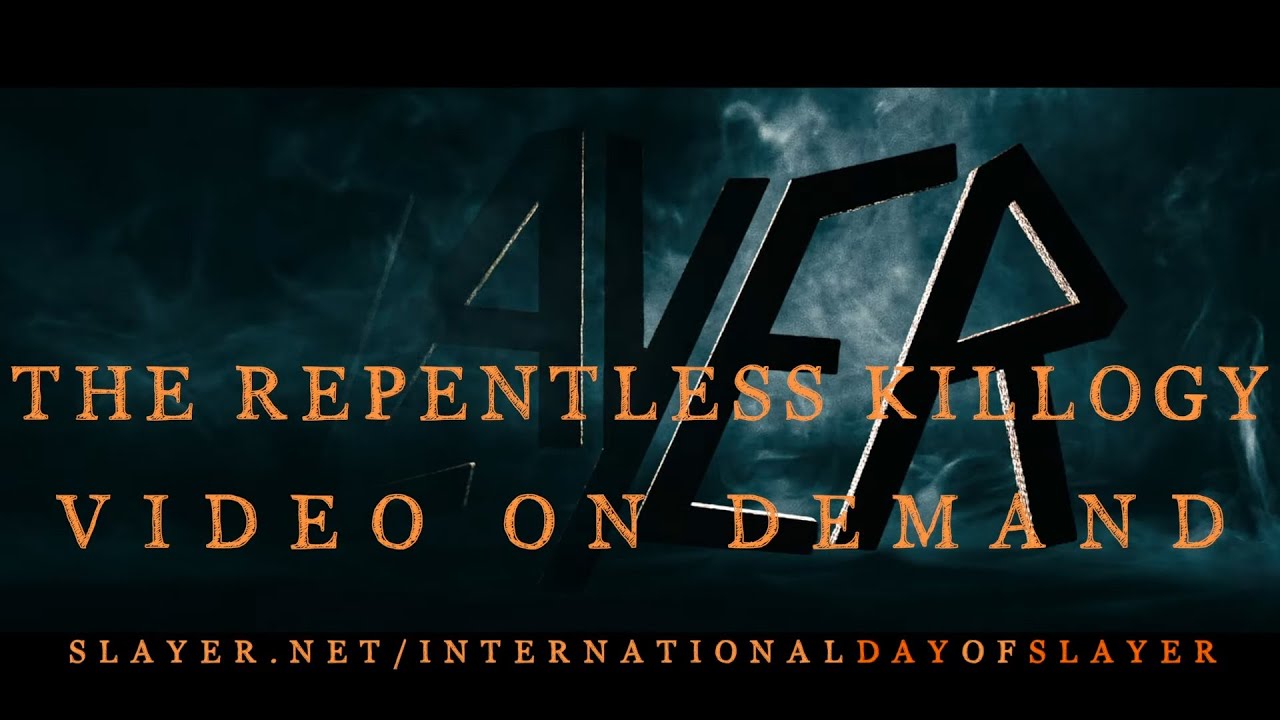