“What is the air-speed velocity of an unladen swallow?” Not everyone knows the answer to that cult-favorite query, least of all news anchors. Fox News proved as much to be true when they fell for a similarly popular Monty Python and the Holy Grail joke while covering Seattle’s Capitol Hill Autonomous Zone, going so far as to mistakenly cite a quote from the film as fact. Now, John Cleese is mocking them for it, reports UPROXX.

It all began when Martha MacCallum, the host of Fox News’ segment The Story, was reporting on the CHAZ zone in Seattle, claiming that there were leadership problems within the group. As proof of such, MacCallum pointed to a screenshot of a Reddit post entitled “I didn’t vote for Raz”. (“Raz” refers to Raz Simone, the rapper and alleged unofficial leader of CHAZ.)

“I thought we had an autonomous collective,” Ms MacCallum said on air, reading the Reddit quote aloud. “An anarcho-syndicalist commune at the least, we should take it in turns to act as a sort of executive officer for the week.”

Fox News lifted the quote to illustrate the danger of CHAZ by highlighting its inner-workings, completely glossing over the part where the Reddit user wrote (ie: quoted) that the king can’t “simply expect to wield supreme executive power just because someone threw a sword at him.”

The post was a word-for-word riff on a popular scene from Holy Grail. In it, King Arthur tells two peasants that he’s their new overlord, only to learn that the peasants have already established their own government — the joke being that the lower class are more educated and organized than the upper class, with Monty Python turning the age-old poor-versus-rich dynamic into unexpected comedy.

Naturally, Cleese seized the opportunity to call out FOX News for their lack of fact-checking skills and general pop-culture knowledge. “BREAKING: No one @FoxNews has ever seen @montypython & The Holy Grail. #runit #goodjournalism #factchecking,” he tweeted on Monday. After he hit send, Cleese probably farted in their general direction, too.

BREAKING: No one @FoxNews has ever seen @montypython & The Holy Grail. 😂 #runit #goodjournalism #factchecking pic.twitter.com/46sKRh4qQi 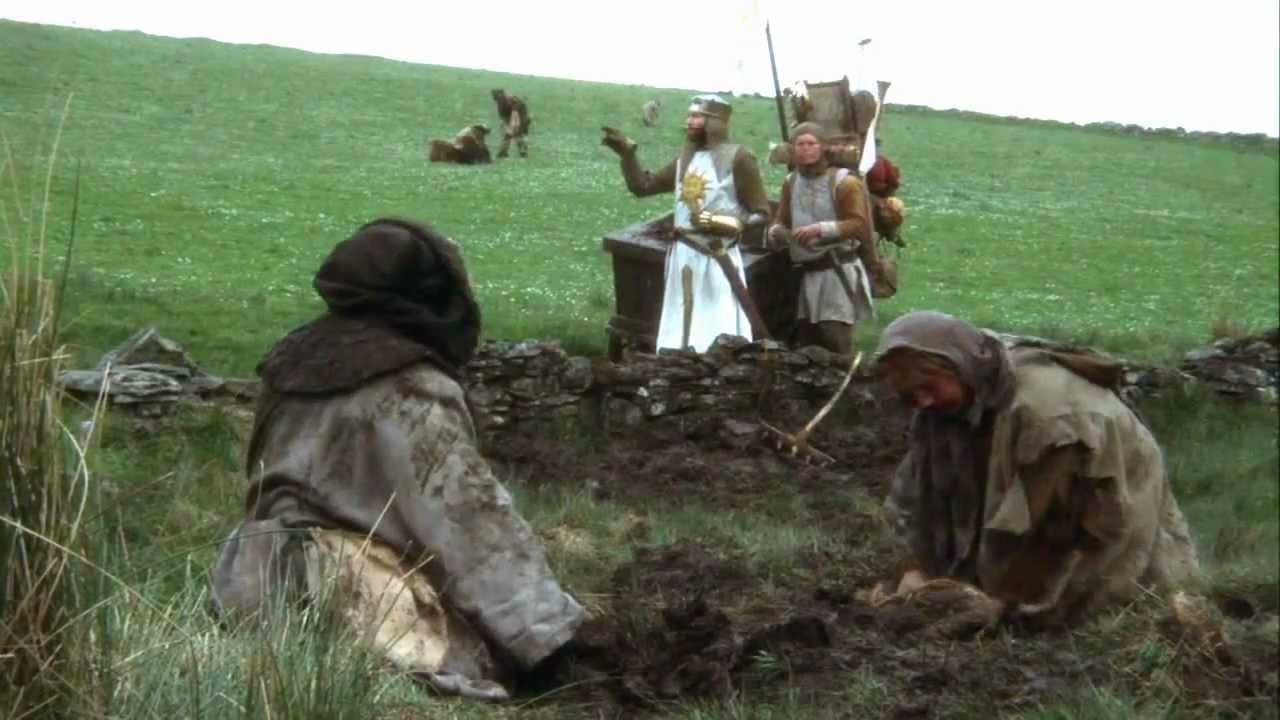