Machine Head just released a pair of new songs, each with lyrics influenced by the recent deaths of George Floyd and Ahmaud Arbery, respectively. The tracks — “Stop the Bleeding” and “Bulletproof” — have been packaged together as a two-song digital single release dubbed “Civil Unrest”.

“Stop the Bleeding” is the A-side, and features guest vocals by Killswitch Engage singer Jesse Leach. As Machine Head frontman Robb Flynn revealed, the music for the song was recorded back in December 2018, but the lyrics were penned last month as the killing of George Floyd in police custody made headlines.

“I wrote and sang the lyrics on Wednesday, May 27th, 2020, the day that the four officers who murdered George Floyd were (originally) not charged with anything,” explained Flynn. “This day was engulfed in protests and riots across America. I drove into Oakland, past large demonstrations already happening and, in a fury, wrote down everything I was feeling after watching the horrific footage. Within hours, what I wanted to say, what I needed to say had been recorded in the song.”

He continued, “I had been speaking with Jesse for maybe six months about singing on the song, as it always had a little bit of a Killswitch vibe to me … After what happened to George Floyd, I sent him the lyrics I’d written, and he replied saying he was ‘100% on board.’ Jesse is someone I consider to be a pioneer and, in many ways, one of the men who changed the face of metal.”

Leach added, “Being asked to be part of this song is an honor. Yes, because it’s Machine Head, but more importantly, this is a message that needs to be heard and spread. These issues concerning abuses of power and racism are timeless.”

The song features the very direct chorus, “Beating after beating/ Throat choked under knee/ Help me please/ Because I can’t breathe/ Just stop the bleeding.”

The music for the B-side, “Bulletproof”, also was also originally recorded in late 2018, but the lyrics were written in the wake of the slaying of Ahmaud Arbery, a young black man who was stopped by two white men while jogging in Georgia in February, and subsequently shot to death by one of them.

“The lyrics for ‘Bulletproof’ were finished in the aftermath of not only the Ahmaud Arbery murder at the hands of white supremacists, but everything twisting out of control in our world,” explained Flynn.

A portion of the proceeds from “Stop the Bleeding” will benefit Grassroots Law Project, an organization representing George Floyd, Ahmaud Arbery, and others. 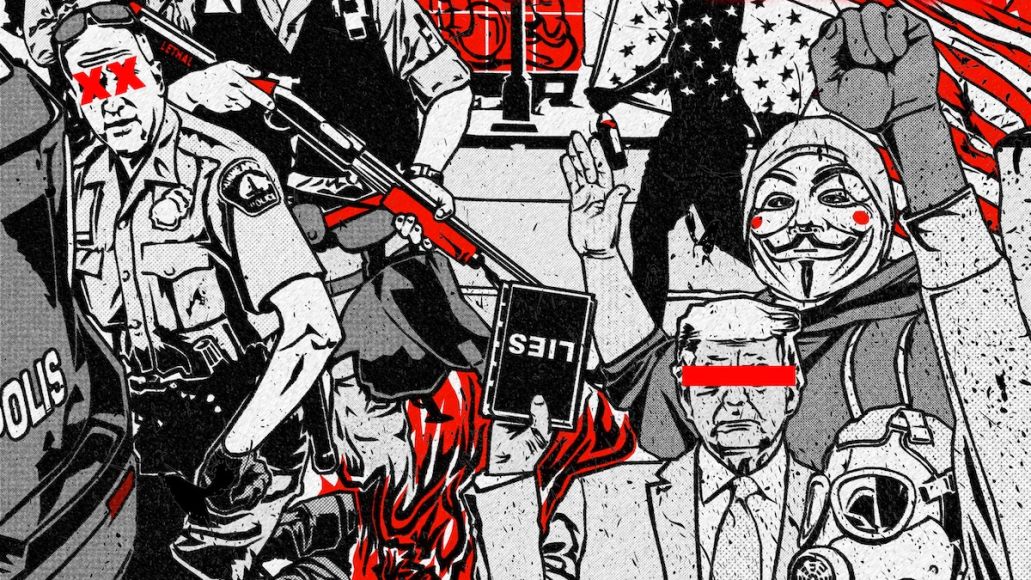