Meek Mill has shared a new single called “Otherside of America” about his childhood growing up black in the US. The political track opens with a sample of a negative Donald Trump speech over romantic orchestral strings, setting the rapper up for an emotional journey.

Don’t mistake “Otherside of America” for your usual protest song. While there’s a high intensity to the track, courtesy of producers Butter Beats and Shroom, the Grammy-nominated rapper spends his time talking about the effects of poverty, violence, and racism on black kids-turned-teenagers with nuance and vivid imagery. “Reporting live from the other side/ Same corner where my brothers died,” he raps. “Living like we ain’t got care/ Told my mama I ain’t dying here.” Stream it below.

Earlier this week, Mill — who was released from jail in 2018 after a prohibition violation — was interviewed on CNN as an advocate for criminal reform where he discussed his childhood a bit more. “I always dreamed of being on CNN and being able to express myself and speak for the voiceless young men of America,” he said. “I grew up in America in a roofless neighborhood where you were not protected by police. You’re not. We grew up with people selling drugs in our neighborhood on our front steps. We grow up around murder, you see murder, seven days a week. If you grow up in my neighborhood and you see seven people die a week, I think you would probably carry it upon yourself, wouldn’t you?”

Since getting out of prison, Meek Mill has been busy. The rapper performed in a Nipsey Hussle tribute at this year’s Grammys, penned him a song called “Letter to Nipsey”, collaborated with Justin Timberlake on “Believe”, and donated over 100,000 masks to prisons in the US to prevent the spread of COVID-19. From the look of it, Mill is doing his best to improve our country until it becomes the America he imagined it would be. 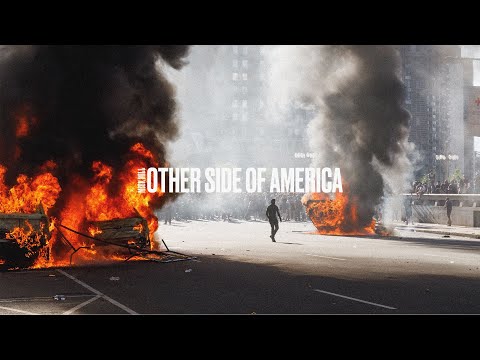 Meek Mill Breaks Down the "Otherside of America" on New Single: Stream