A Mars Volta reunion may be in the near future, but in the meantime, guitarist Omar Rodríguez-López is keeping himself preoccupied with a massive new release. This summer, he will put out a triple vinyl box set called The Clouds Hill Tapes.

The 3xLP collection consists of 20 past solo songs from Rodríguez-López, all newly rearranged and produced by Johann Scheerer at the famed Clouds Hill Recording Studio in Hamburg, Germany. These new versions were performed by Rodríguez-López with assistance from a variety of guest musicians.

Clouds Hill studio is considered to be Rodríguez-López’s “creative second home” and in the past has also hosted acts like The Killers, Nicolas Jaar, and Pete Doherty. The specific Clouds Hill Tapes sessions took place in late 2018 and early 2019, while the At The Drive-In guitarist was in town for a festival.

“We got the band together, rehearsed for two days – and then we ran the tapes”, Rodríguez-López recalled in a statement. On Scheerer’s studio expertise, he said, “Johann is great at was he does. What makes him truly special is his instinct. This helps him find most interesting sounds, make the right decision.”

Among the reworked tracks are 2016’s “Tell Me What I Did Wrong” and “Eastern Promises” off Umbrella Mistress, “To Kill a Chi Chi” taken from Sworn Virgins, and “Running Away” off Corazones. There are also a handful of 2017 songs, such as Killing Tingled Lifting Retreats selections “A Fool So Bleak” and “Paint Yourself a Saint” and Roman Lips inclusion “Bitter Tears”.

At the Drive-In’s Top 10 Songs

The Clouds Hill Tapes vinyl box set is officially out on July 24th, and according to SPIN, marks Rodríguez-López’s first physical music release since 2012. Each of the three “tapes” will also be individually released in digital formats on June 19th (Part 1), July 3rd (Part II), and July 24th (Part III). Pre-orders have already begun. 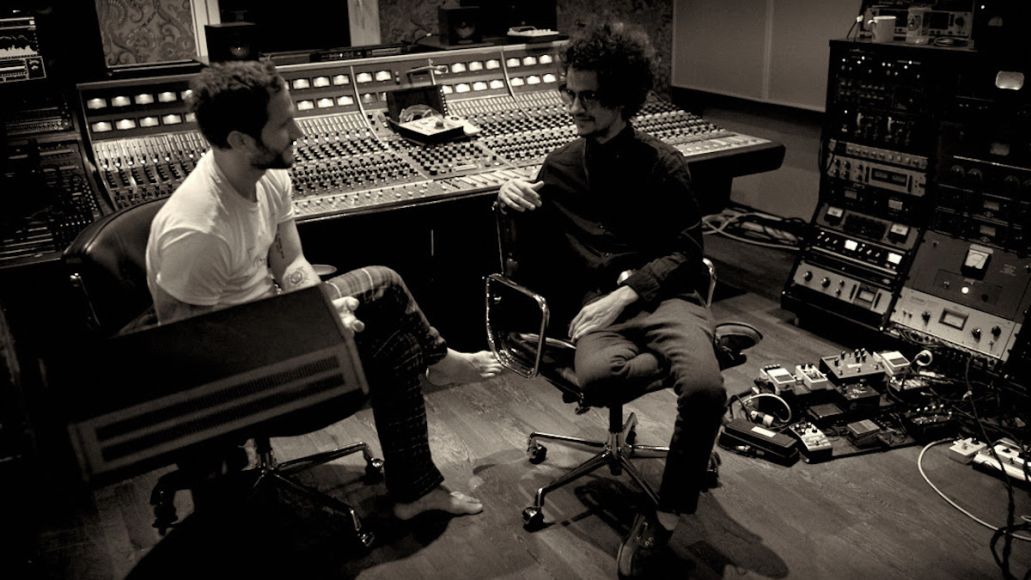