Gimme a Reason takes classic albums celebrating major anniversaries and breaks down song by song the reasons we still love them so many years later. This week, we celebrate 20 years of  Deftones’ White Pony.

In 2000, nu metal ruled the airwaves. It’s then-novel mixture of alternative rock choruses, heavy metal riffs tuned lower than ever before, and hip-hop verses and rhythms had been on a half-decade growth streak. It’s juggernaut acts, like Korn and Limp Bizkit, were ubiquitous. One of the genre’s most forward-thinking devotees, a cadre of Sacramento upstarts known as Deftones seemed hot on their tails, thanks to the success of the singles “My Own Summer (Shove It)” and “Be Quiet and Drive (Far Away)” from their 1997 album Around the Fur.

However, rather than be keep following the path of the genre of the moment, Deftones were about to execute a slingshot maneuver, using nu metal’s commercial gravity to propel them into deep space. Their mission into the void launched on June 20th, 2000, with the release of their groundbreaking third LP, White Pony.

Recorded at Larabee Sound in West Hollywood and The Plant in Sausalito with producer Terry Date between August and December 1999, White Pony cost more money and occupied more time than any Deftones record previously. It took an emotional toll as well—its writing and recording sessions were characterized by arguments between vocalist Chino Moreno and guitarist Stephen Carpenter, who quarreled while their bandmates, bassist Chi Cheng, drummer Abe Cunningham and now-permanent turntablist and synth player Frank Delgado, drowned out the fighting with long hours playing Tony Hawk’s Pro Skater 3.

The conflict and ennui, though, sharpened White Pony the way that hot hammering and cold water sharpen a fine knife. The finished record expanded the band’s sound by leaps and bounds, adding influences from goth rock, dream pop, new wave and post-punk without sacrificing the band’s core musical ideas. From the computerized wet dream of “Digital Bath” to the indelible punch of “Change (in the House of Flies),” each of White Pony’s explorations fit into a unified whole thanks to a pervasive morbid and dreamlike mood. Its blend of then-contemporary commercial songs, avant-garde flourishes and eclectic influences deserve as much credit as Radiohead’s Kid A, which four months later would do to alternative rock what White Pony did to heavy music.

Twenty years after its release, White Pony remains the most commanding artistic statement in Deftones’ career, and a testament to the innovative spirit that animates those artists brave enough to wander outside the bounds of convention. Deftones, like their fans, felt like more, and for that we celebrate 20 reasons we still love White Pony.

01. Every great story involves conflict, and White Pony is no exception. Stephen Carpenter and Chino Moreno notoriously clashed while writing the record—the former wrote much of the band’s earlier material, but the latter was coming into his own as a songwriter while making White Pony. Multiple Moreno compositions made the final cut, with Moreno on guitar, including “Digital Bath”, “Rx Queen”, and the indomitable “Change (In the House of Flies).” White Pony’s balance between Moreno’s delicate pop rock ballads and Carpenter’s slash-and-burn metal riffs became Deftones’ signature sound.

02. “Back to School (Mini Maggit)” wasn’t included on the original pressing of the record. Deftones’ label requested it be added to the album as a single. Even though singles added at label requests don’t have a great reception “Back to School” is pretty great – the band’s most concise and hard-hitting entry into the rap-rock genre they left behind during White Pony, with one of Chino’s most coherent verses. It has a different energy from the remainder of the record — the transition between its jocular and bratty attitude and the lewd brooding of “Fecetiera” is pretty jarring — but it’s an essential cut anyway. 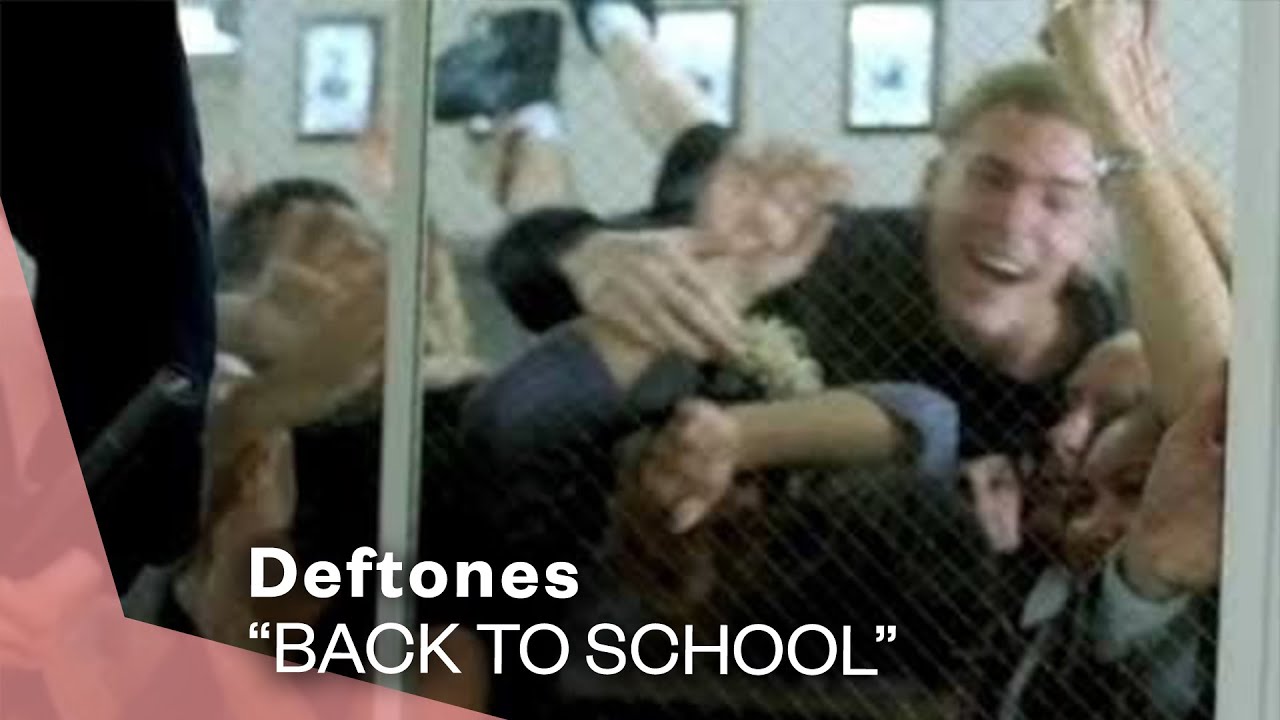 03. “Feceteira,” the original opener for the album, sets the tone with a mix of dreamy melodies and churning rhythms. Carpenter’s guitar chugs and soars in turn, and the rapid switching between these two approaches underscores White Pony’s audio aesthetic — juxtaposing nocturnal neon and gutter grime. Not to be outdone, Moreno shows off his vocal range, with moaning verses, a spoken word bridge, and an intimate, hissing chorus.

04. In Portuguese, “Feceteira” means “witch” or “female wizard.” It’s a suitable title for one of the band’s most narrative songs. Chino’s lyrics details a nightmarish fantasy about the main character being kidnapped by a woman, imprisoned in the trunk of her car, and forcibly photographed in sexually compromising positions. Its emotional mixture of lust and misanthropy encapsulates White Pony’s emotional breadth in one cohesive tune. It also lays the groundwork for a then-new lyrical mode for Moreno, one outlining dreams and fantasies rather than autobiographical stories.

05. “Digital Bath” highlights the new wave and post-punk elements that Chino brought to the table with its soaring devo (as in male diva, not the band) vocals and effects-drenched guitar parts and spacious arrangement. It’s the blueprint for Chino’s writing contributions to Deftones, and still one of his most iconic tracks. It remains one of the most commonly performed songs from White Pony.

06. While “Digital Bath” is Chino’s first big moment, It wouldn’t be the same without Frank Delgado’s samples shading in the edges of the song and giving it a slight industrial tinge. Delgado had only been a guest musician before but on White Pony achieved full member status, and he absolutely earned his stripes. Even though turntables in hard rock now have a somewhat passé reputation (and Delgado tends to use synthesizers more, now) it’s impossible to imagine White Pony working without his contributions. 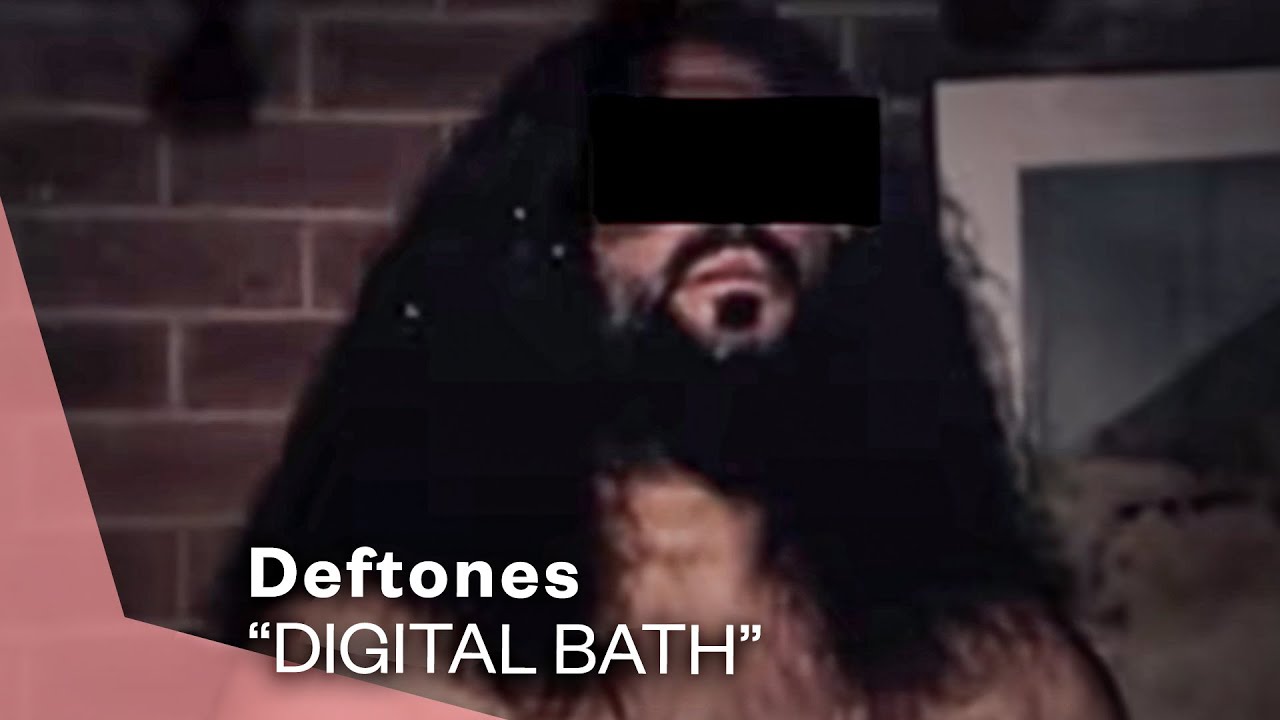 07. “Elite” feels like Carpenter’s direct response to “Digital Bath,” a burst of white-hot aggression and screaming vocals, laced with industrial noise to balance out the desirous euphoria that directly preceded it. Even Chino’s vocoder-drenched vocals sound brash and inhuman. Just as Deftones were on the verge of leaving hard rock behind, “Elite” tethers them back into the metallic universe. The song went on to net the band a Grammy for Best Metal Performance.

08. The drum intro that anchors “Rx Queen” has Abe Cunningham doing his best John Bonham impression. Cunningham’s drums are the band’s most lasting tether to their hip-hop influences, and “Rx Queen” is a prime example of how necessary his feel is to making their songs work. The song builds layer-by-layer on top of his figures in immaculate fashion. Once Chi Cheng’s bass riff enters, this becomes one of the band’s most indelible grooves, all the better to contrast with Chino’s crooning vocals.

09. Speaking of Chino’s vocals on “Rx Queen,” he had some help assembling its slithering chorus: Scott Weiland of Stone Temple Pilots co-wrote the melody with him. Though he’s not credited, Weiland also performs the ethereal backing vocals on the song. While his is the least well-known of the guest spots on the record, it’s also one of the most effective.

10. The vinyl hiss and numerous filters on “Teenager” perfectly capture the tragic nostalgia of the song. It feels like a degrading VHS tape full of childhood memories and yearns for a kind of innocence that can’t be reclaimed. Much modern hip-hop and pop has used these same audio accoutrement to similar effects recently, but Deftones did it in 1999. Fittingly, “Teenager” was originally written for Chino’s long-running side project, Team Sleep.

11. As earlier hinted, one of the more musicologically interesting facets of Deftones is the way they smoothly integrated Chino’s unabashed love for the intricate pop music of the ’80s. The picked guitar on “Knife Prty” brings that part of the band’s ingredient list to the fore, evoking the sophisticated pop arrangements of bands like The Fixx or Crowded House (can’t you just hear the echoes of “Don’t Dream It’s Over”?). Nothing could have been less hip at the time, but they add a rich counterpoint to Carpenter’s heavy chugging that’s essential.

12. Though she’s the least well-known guest vocalist on White Pony, Rodleen Gestic left a deep fingerprint with her contribution to “Knife Prty.” Gestic is most well known as an actress but hadn’t done much work at the time. Apocryphally, she happened to be recording in The Plant Studios at the same time as Deftones and they just asked her to cut some scratch tracks — it’s doubtful the band knew what kind of delivery she would give when they asked her to collaborate. Her shrieks and squeals may be the most abrasive audio element on the whole record.