Disclosure continue to edge closer to the release of their first new album in five years, ENERGY. Following up on last month’s title track, the electronic duo is now sharing a second single called “My High”.

For the Lawrence brothers, who are used to weaving together house-inflected club tracks, this latest offering incorporates a new fabric: hip-hop, courtesy of guest rappers slowthai and Aminé. Disclosure talked about the collaborative process in a statement:

“We always wanted to work with rappers, we just didn’t know any and we had no means of contacting them… There aren’t a lot of rappers in Reigate. Writing ‘My High’ with Aminé was a lot a fun, he’s hilarious and may as well be a comedian. He writes so quickly and it’s amazing to watch. He brought so much energy to this already very energetic tune that when we got home to London in January, there was only one guy capable of matching it… slowthai.”

Check out the new song via its official video below. The clip was directed by French filmmaker and Danny Brown-associate Simon Cahn and filmed pre-quarantine in both Mexico City and Los Angeles.

ENERGY, which follows February’s Ecstasy EP, is officially out August 28th, and promises additional collaborations with Common, Kelis, Mick Jenkins, and Syd of The Internet. 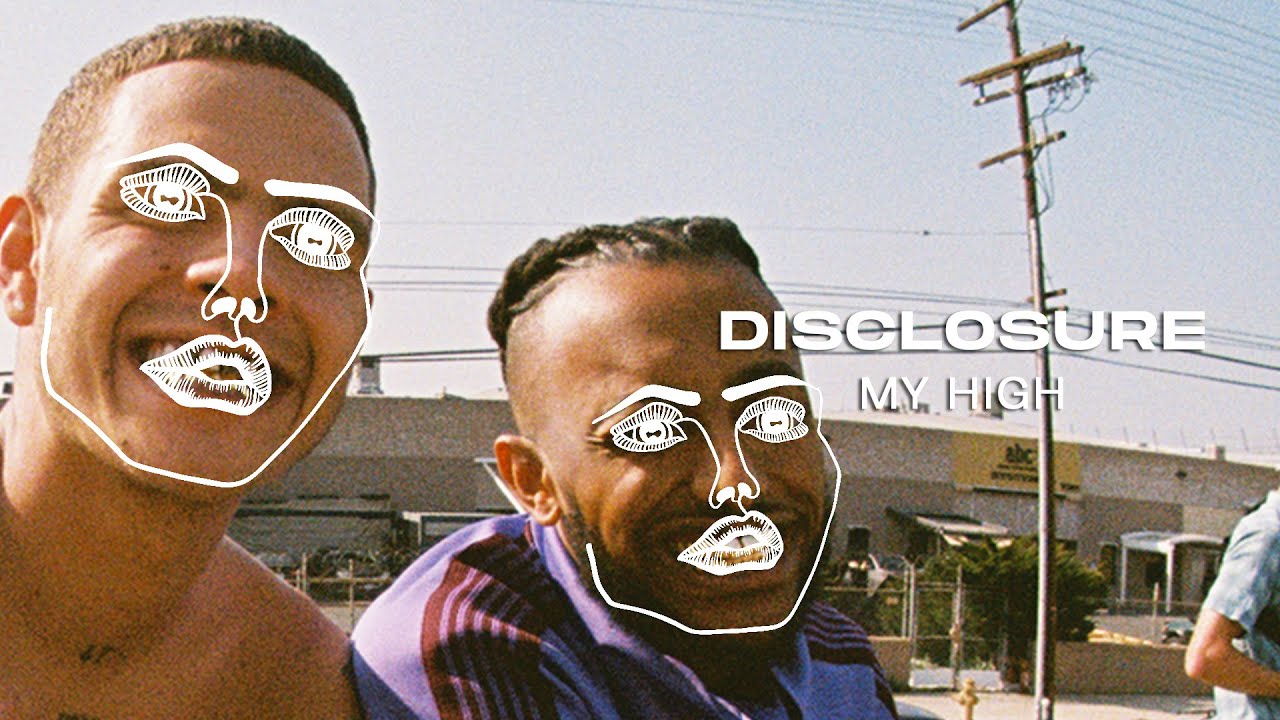