Boredom is at an all-time high thanks to the ongoing quarantine, so perhaps now is the best time for the world to finally experience Lee Carvallo’s Putting Challenge. The Simpsons joke game has been turned into an actual playable online simulation.

The original Lee Carvallo’s Putting Challenge game was referenced in “Marge Be Not Proud”, a season 7 Simpsons episode that aired in 1995. Its storyline focused on Bart, who was caught attempting to shoplift an expensive and violent Mortal Kombat-style game called Bonestorm. In lieu of Bonestorm, Comic Book Guy suggests Bart purchase a cheaper and extremely dull alternative: Lee Carvallo’s Putting Challenge. In the episode, Carvallo is voiced by Dan Castellaneta, the actor who also plays Homer. 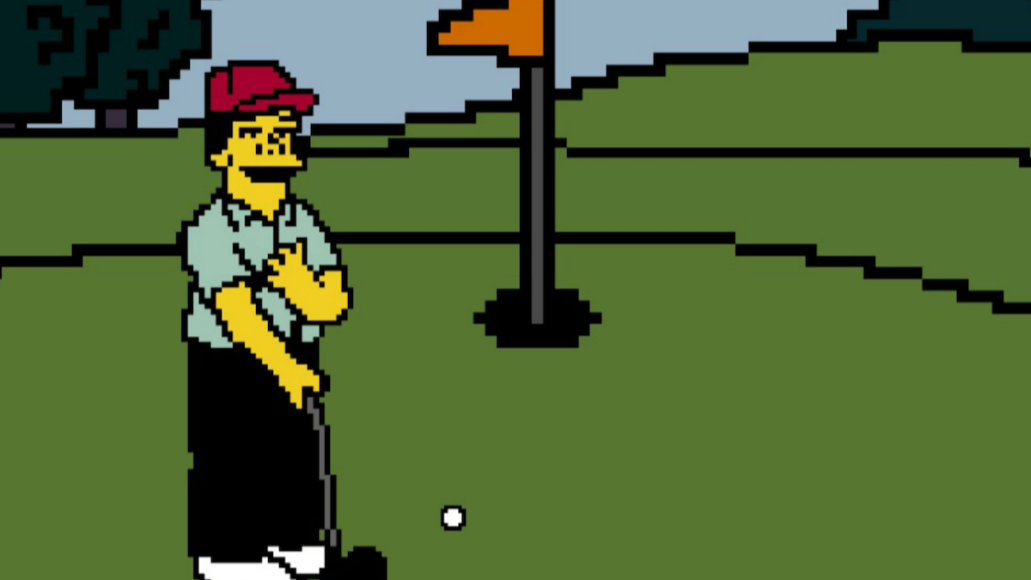 Designer Aaron Demeter is the mastermind behind the new online version of the Putting Challenge. The playable game stays true to the original Simpsons iteration — it’s simple, basic, and quite frankly, amusingly boring. Just like golf. It’s safe to say Bart would probably still not approve and tell Demeter to eat his shorts.

That doesn’t mean other Simpsons folks haven’t found it enjoyable, however. Bill Oakley, one of the beloved series’ Emmy-winning showrunners and writers, lauded the game on Twitter. “All Simpsons fans must check out this fantastic PLAYABLE VERSION of Lee Carvallo’s Putting Challenge,” he wrote on Saturday.

Rock and Metal Album Covers Get Reimagined With Simpsons Characters

Watch a Simpsons clip of Lee Carvallo’s Putting Challenge below, then head here to attempt an actual hole-in-one.

Editor’s note: You can watch The Simpsons episode in question, along with all of the other show’s episodes, on Disney Plus. Right now, you can secure a 7-day free trial for a bundle of Disney Plus, Hulu, and ESPN+.