Welcome to our Mid-Year Report, in which we are sharing the music, movies, and television shows that have helped us survive the tumultuous first six months of 2020. Here, we celebrate the Top 20 Metal Albums of 2020 (So Far).

In a year that has taken a heavy toll on us emotionally, physically, and economically, the heaviest genre of music has come through in a big way. Metal has never avoided dark themes in its subject matter, and this year it is providing a cathartic experience for headbangers all over the world.

While the concert industry is at a standstill, a steady stream of albums continue to be released, and we’ve seen a number of stellar LPs in the first half of 2020. Veterans like Lamb of God, Testament, and Sepultura have delivered albums that rank among their finest, while the unbreakable Ozzy Osbourne soldiered through a series of physical setbacks to release his best solo LP in years.

Code Orange took the next step in their evolution with a genre-defying album, while Body Count came through once again with an LP filled with provocative lyrics and outstanding instrumentation.

Longtime European metal institutions like Katatonia, Paradise Lost, and My Dying Bride showed no signs of rust, offering up efforts that would rank high in each of their discographies.

In a turbulent world, heavy metal remains a steady force. So sit back, take a deep breath, and soak in the Top 20 Metal Albums of 2020 (So Far). 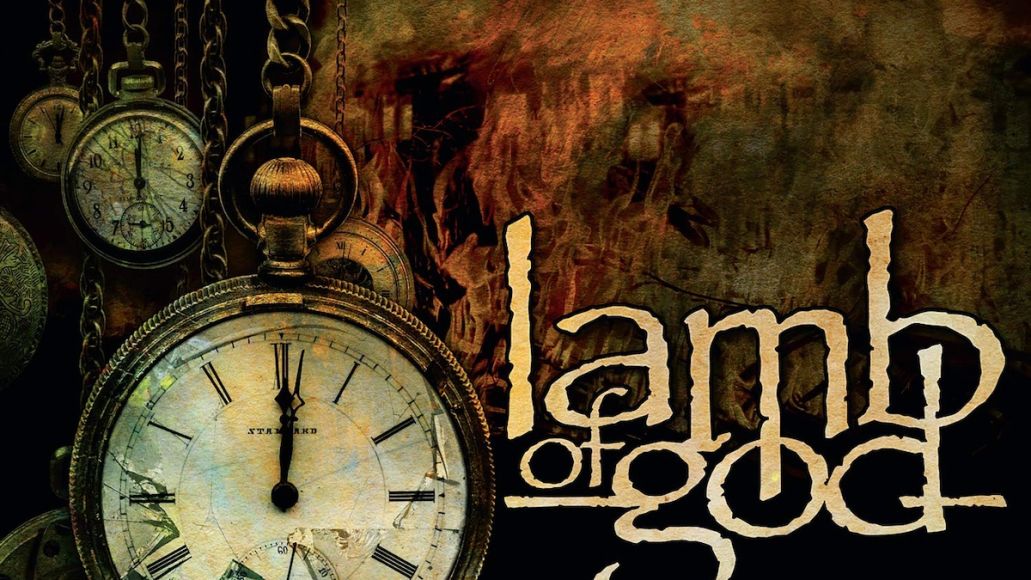 The Gist: Lamb of God possess a knack for churning out the grooviest of heavy metal, coupled with Randy Blythe’s weighty and poetic lyrics, focusing on political and social issues. Getting a new Lamb of God album in the midst of a global pandemic somehow seems appropriate, and the band delivers, with a hard-charging set featuring poignant lyrics and topnotch instrumentation.

Why It Rules: The self-titled LP is aggressive, brainy, fist-pumping heavy metal at its best. Now, more than 20 years into their career, Lamb of God’s consistency is impressive. From addressing school shootings in “Reality Bath” to condemning the treatment of immigrants in “New Colossal Hate”, Blythe delivers a scathing yet important examination of the state of the nation, and the world, for that matter. With its strong songwriting and presentation, Lamb of God stands out as one of the finest metal releases of the first half of 2020, and one of the band’s best albums ever. —Anne Erickson 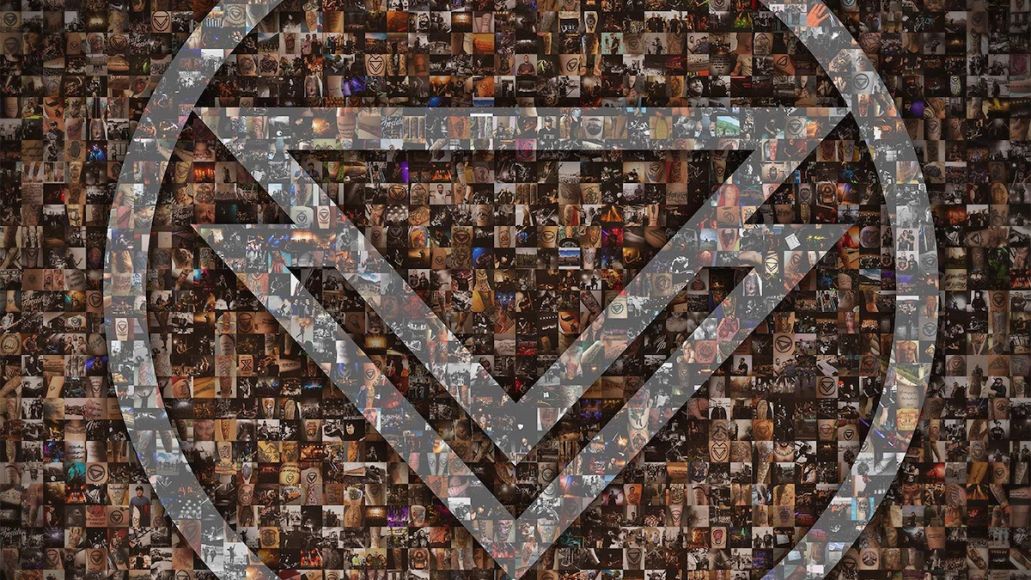 The Gist: The Ghost Inside have truly triumphed over tragedy with their fifth studio album. The band had to overcome a bus accident that occurred back in of November 2015,  which left vocalist Jonathan Vigil, guitarist Zach Johnson, and drummer Andrew Tkaczyk in critical condition. Tkaczyk lost his right leg in the crash but returned with “The Hammer,” a custom-made drum kit provided by his father. On July 13th, 2019, the band played a “one time only” concert at The Shrine Outdoors in Los Angeles where they hinted about the possibility of new material. This promise has finally come to fruition.

Why It Rules: With their fast paced, aggressive riffage and shouted vocals, it is sometimes easy to miss the band’s uplifting message. On this album, The Ghost Inside don’t dwell on the tragedy but rather bask in positivity on what is musically a logical follow up to 2014’s Dear Youth. This is not to say the band avoids the topic completely on blasting songs like “Still Alive” and “Aftermath”, they simply approach the subject with the same upbeat message for which the band is known. This self-titled album certainly signals the bands rebirth. —Colette Claire 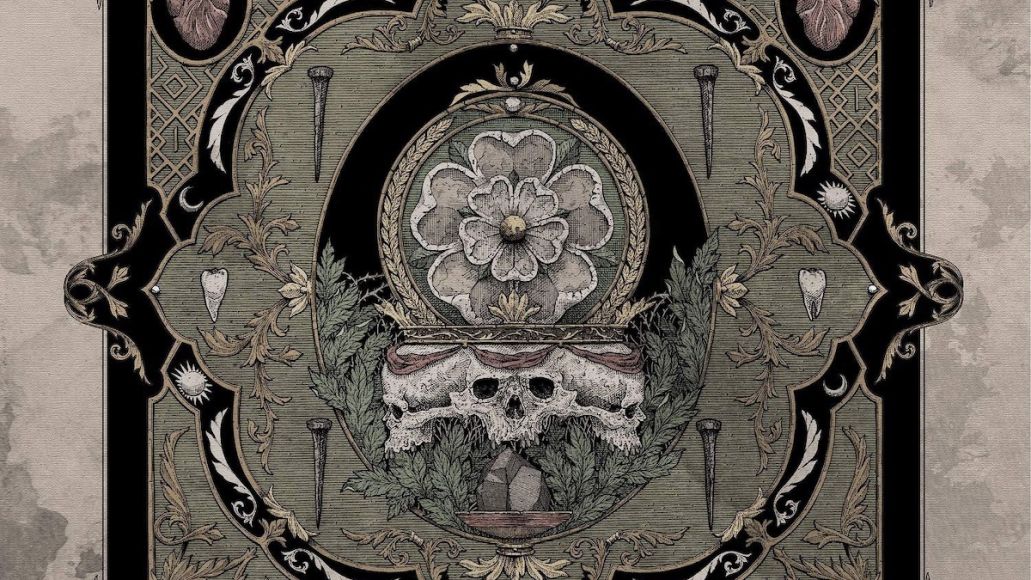 The Gist: The United Kingdom’s Paradise Lost have mastered a multitude of styles since their inception 30 years ago. From the doomed death metal of their earlier years to the gothic rock experimentations of the late ’90s, Paradise Lost have proven themselves as songwriting adepts over and over. Their latest, Obisidian, touches on every stylistic choice the band’s made while maintaining a core identity all its own.

Why It Rules: Obsidian feels like a victory lap after a decade of powerful records representing one of metal’s most remarkable late-career rebounds.Paradise Lost don’t reinvent the wheel, but after experimenting so long, why bother? Each song on Obsidian is a pop-metal confection with pitch-black icing and a little razor hidden inside. —Joseph Schafer 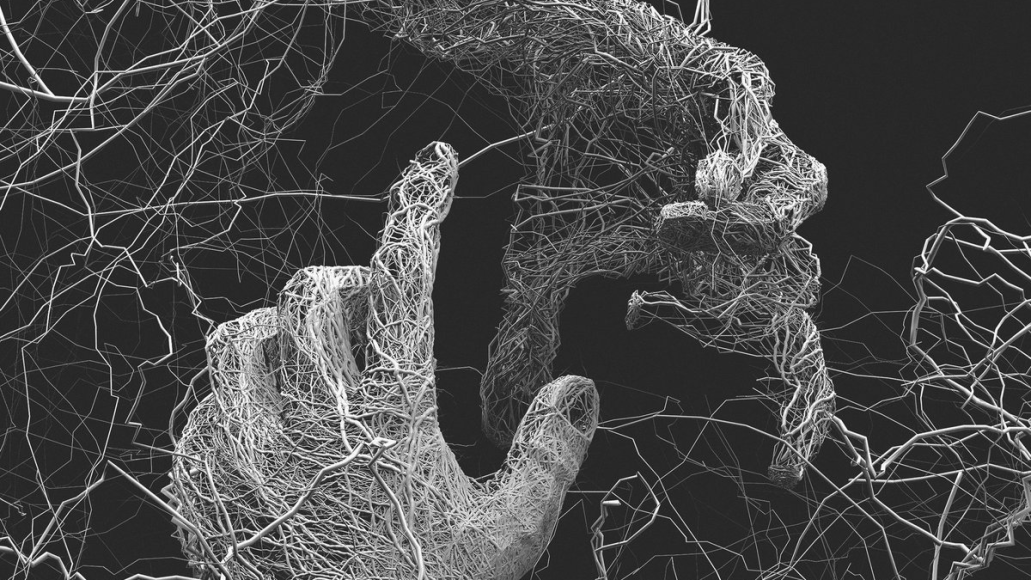 The Gist: Umbra Vitae are a new supergroup from vocalist Jacob Bannon (Converge, Wear Your Wounds). The band also features members of Uncle Acid and the Deadbeats, Job for a Cowboy, Hatebreed, and others. The group’s debut album, Shadow of Life, promised death metal riffage and a frenetic metalcore atmosphere. The LP was recorded by Bannon’s Converge bandmate Kurt Ballou, so one thing was for certain: the guitars were going to sound massive and remarkably polished.

Why It Rules: If you’re looking for a classic sounding metalcore, Umbra Vitae undoubtedly deliver. This album is bursting with heavy riffs and chugging breakdowns played at a breakneck speed. Shadow of Life is as cathartic and uncompromising as scraping your knee on pavement or sitting down and listening to Converge’s Axe to Fall. “Fear is a Fossil” runs through three different guitar passages in its opening minute alone, and all of them are absurdly catchy for how crushingly heavy they are. —TJ Kliebhan 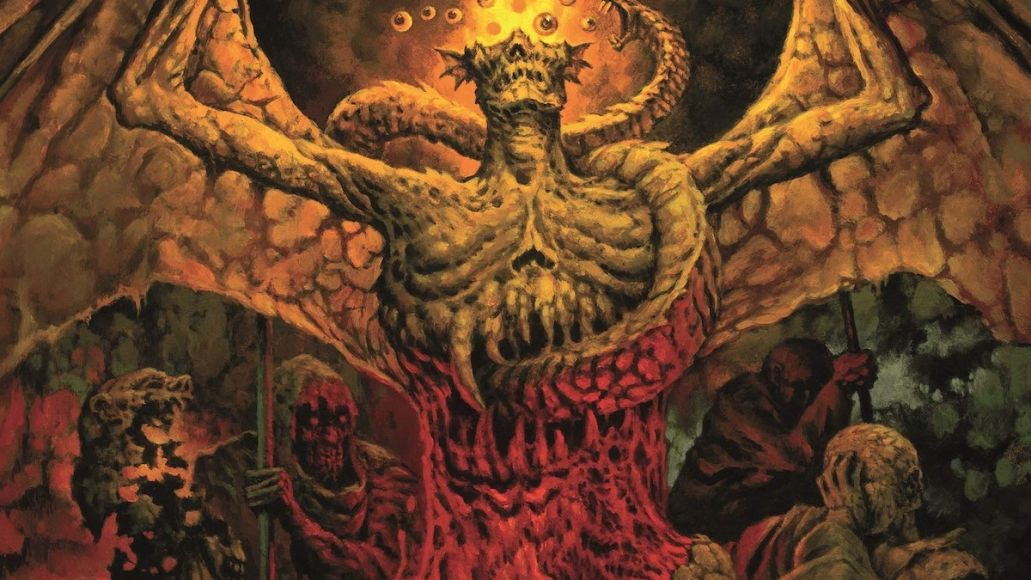 The Gist: The godfathers of Polish death metal never disappoint, and Vader’s Solitude in Madness is as consistent and satisfying as any of their records, albeit with maybe their fiercest production job yet. If you find comrades Behemoth too heavy on the arty aesthetics and too light on good ol’ fashioned brutality, Vader will scratch that itch. For those never tried Vader before, Solitude in Madness is a great place to start.

Why It Rules: Metal bands are often like military campaigns, requiring sophisticated interlocking maneuvers across multiple fronts to confuse, surprise, and elicit surrender from their listeners. Vader don’t do that. They just send in the bombers and arc-lite their listeners until everything’s blown to smithereens. Solitude in Madness strikes without mercy from go and doesn’t relent until it’s done just about a half hour later. It’s pure mosh fuel with hooks for days and no distractions. I hope you like the smell of napalm in the morning. —Joseph Schafer 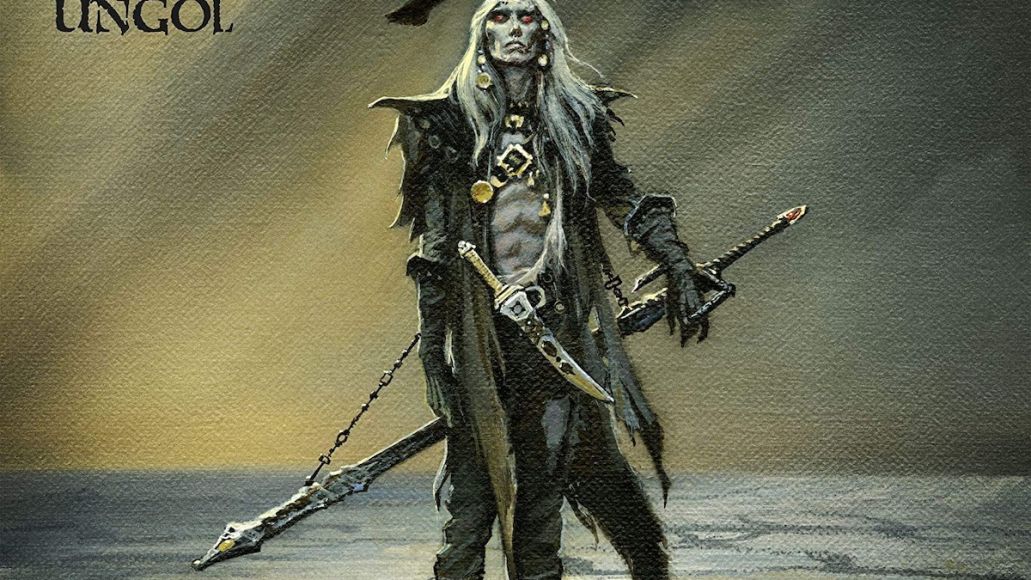 The Gist: Twenty-nine long years had passed since veteran metallers Cirith Ungol issued a new full-length studio set. And patient headbangers were most certainly rewarded with the arrival of their fifth offering overall. The band has been back in business since 2016, but live shows were their first focus – resulting in last year’s concert album, I’m Alive. And all the live work seems to have successfully reinvigorated the band, as Forever Black sounds like a metallic time machine set back directly to 1986.

Why It Rules: Because this is a 100-percent pure, good old fashioned metal album! In other words, old school, old school, old school. And props need to be given to the album’s producers – the band and Armand John Anthony – for offering up an organic and decidedly vintage sound… in other words, the perfect antidote to today’s popular Protools and studio-spliced approach by most rock bands. From the get-go (and never relenting), Cirith Ungol offer the perfect soundtrack to a fierce Viking battle – particularly such delightful toe-tapping ditties as “The Call,” “Legions Arise,” and the slow-building epic, “Stormbringer” (not to be confused with the Deep Purple classic of the same name).  —Greg Prato 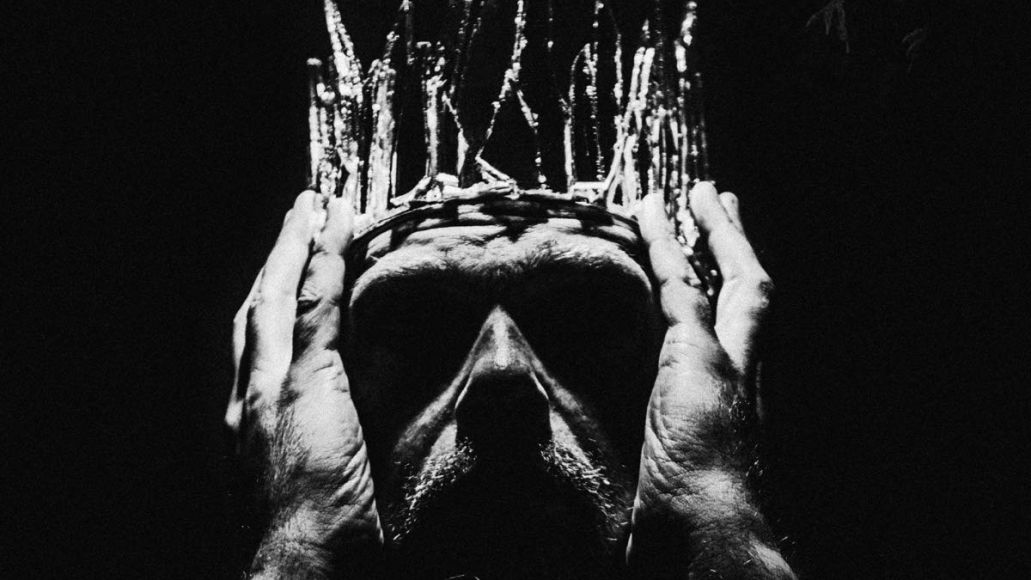 The Gist: Sweden’s most sophisticated goth metallers, Katatonia, have been on hiatus for four years, focusing on their death metal revival side project Bloodbath with such intensity that their 11th album, City Burials, came as almost a surprise. The long pause seems to have done the band some good — after a string of somewhat repetitive records, their latest hits with uncommon energy and personality.

Why It Rules: Katatonia always excelled at mid-paced, crooning sing-alongs and there’s plenty of those to be had here, but they also turn up the heat a few times to great effect. Lead single “Lacquer” finds them incorporating trip-hop elements with aplomb, while on the arena-ready “Winter of our Passing”, singer Jonas Renske delivers maybe his most expressive performance in a decade. Don’t skip their climate dysphoria-inspired tour-de-force, “Flicker’, either. —Joseph Schafer

Ulcerate – Stare Into Death and Be Still 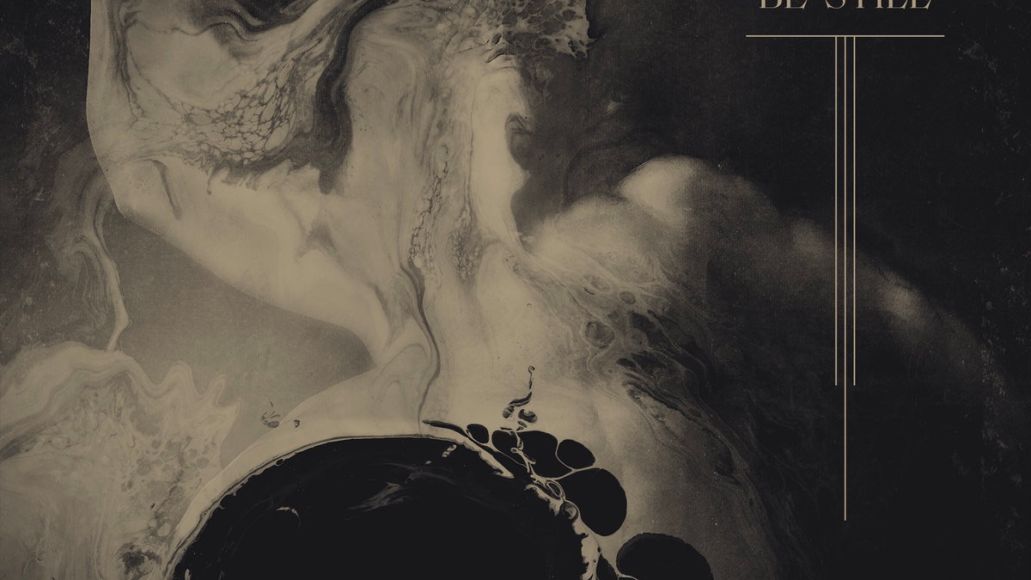 The Gist: In the realm of technical death metal, New Zealand’s Ulcerate have become an institution. The band can always be relied on for odd time signatures, mathematically intense rhythms, and bewildering instrumental virtuosity. Ulcerate can open worlds with their compositions, which are almost abstract in their complexity. In this way, Stare Into Death and Be Still is Ulcerate’s definitive statement.

Why It Rules: Sometimes an artist spends so much time in their own universe, their own talents, already idiosyncratic, begin to evolve and taken on even more grotesque forms of creation. Stare Into Death and Be Still is that evolutionary moment for Ulcerate. Their sixth and greatest LP is their most exploratory and uncompromising, eight tracks that each run nearly six minutes or more, carving hallucinatory patterns of dark, cosmic atmosphere. The album’s title track is perhaps its most bewitching, its eponymous phrase offering an ominous suggestion that lingers, suspended in the unsettling unknown, much like Ulcerate’s metaphysical music. —Jon Hadusek

Pick up Ulcerate’s Stare Into Death and Be Still here. 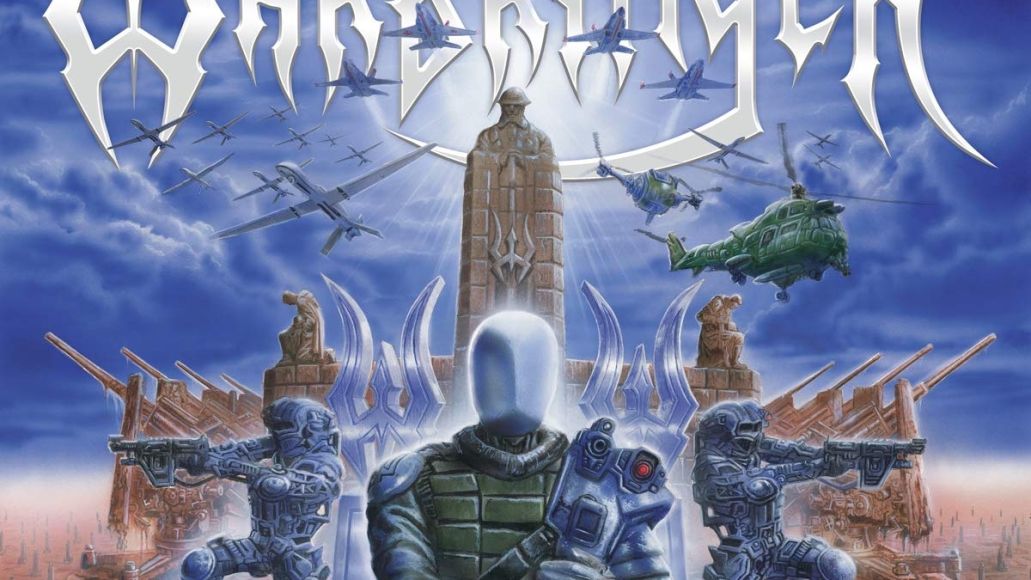 The Gist: One of modern thrash metal’s most consistent and prolific acts, Warbringer are good for a new LP every few years, and they rarely disappoint. The techno-militaristic cover art for their 2020 LP, Weapons of Tomorrow, evokes German thrash legends Sodom — perhaps purposefully, given the Sodom-esque speed assault of tracks like “Firepower Kills” and “Power Unsurpassed”.

Why It Rules: Subtle black metal influences make these songs a triple-threat: blackened thrash that’s carnal, triumphant, and slightly evil. Warbringer stray just enough from the sound of past albums as to keep things fresh without obscuring their particular brand of aggression. Always a difficult balance, Weapons of Tomorrow offers just enough variation to keep it from feeling an extension of past works. Yet, it remains thoroughly Warbringer, in all their destructive glory. –-Jon Hadusek 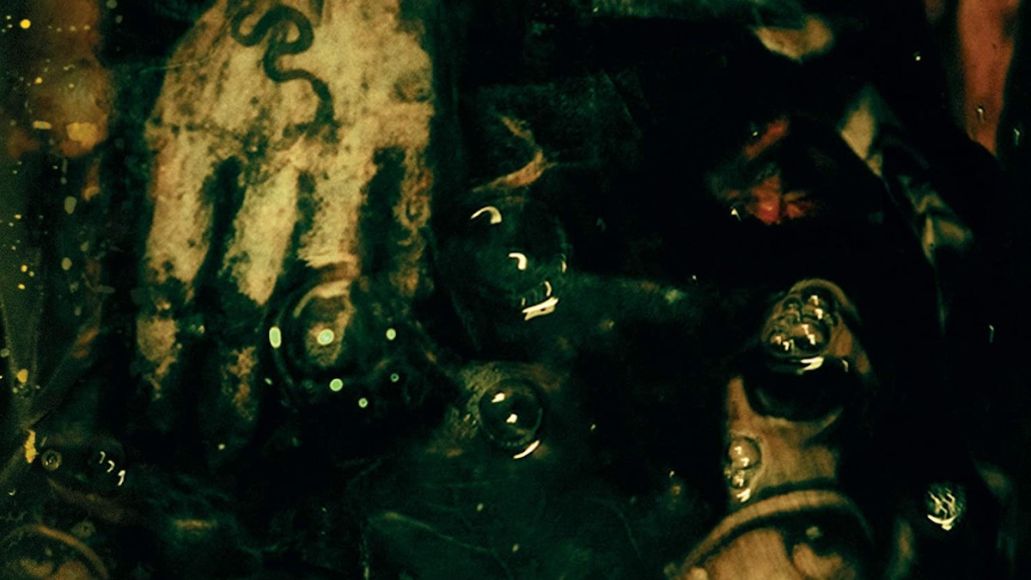 The Gist: Oranssi Pazuzu exploded into the metal spotlight in 2016 with their album Värähtelijä. The band seamlessly blended black metal, adventurous psychedelic rock, and shoegaze, proving they can create a unique masterclass atmosphere that can best be described as haunting. Oranssi Pazuzu seem to effortlessly possess some of metal’s most coveted traits: adventurous, sinister, eerie, and heavy while still being calculated and germane. After spending four years on their follow-up, Mestarin Kynsi, it’s safe to say this was one of underground metal’s most anticipated releases of the year.

Why it Rules: Värähtelijä always sounded like a black metal album with psychedelic elements. Mestarin Kynsi flipped that formula and became the most adventurous and winding album of the band’s career by honing in on expansive psych-rock song structures. The sprawling ambition and scope of these tracks is evident of a mature band with no fear of taking risks. Every track is a monumental psychedelic trip through dark progressive buildups with pummeling post-rock climaxes. Mestarin Kynsi is controlled chaos executed at the highest level. This release is going to divide the band’s fans when litigating Oranssi Pazuzu’s best album-thankfully when picking between Värähtelijä and Mestarin Kynsi there is no wrong choice. —TJ Kliebhan