Welcome (Back) Travelers: Last year, Jordan Peele, Simon Kinberg, and Marco Ramirez tried their darnedest to bring back the magic of Rod Serling’s The Twilight Zone for CBS All Access. They hid Easter eggs in every episode (clearly, they loved “Nick of Time”), they remade a fan favorite (see: “Nightmare at 30,000 Feet”), and they even digitally resurrected the man himself (see: “Blurryman”). Some of it worked, some of it flopped, but mostly, it went from arriving with a big bang to shuffling away with a soft shrug.

Even so, it was an intriguing enough run for a second season, and naturally, CBS kept the series’ trademark door open for 10 more episodes. Looking at the slate ahead, there’s a lot to be excited about: Peele went solo at the typewriter for “Downtime”; award-winning genre writers Steven Barnes and Tananarive Due joined in to pen “A Small Town”; and filmmakers Justin Benson and Aaron Moorhead (The Endless); J.D. Dillard (Sleight); and Osgood Perkins (Gretel and Hansel) climbed aboard to lend their eyes.

Despite all 10 episodes being dropped at once, CBS All Access allotted only three to press, specifically director Mathias Herndl and writers Emily C. Chang and Sarah Amini‘s “Meet Me in the Middle”; director Peter Atencio and writer Win Rosenfeld‘s “The Who of You”; and, finally, director and writer Osgood Perkins’ “You Might Also Like”. It’s a shame, too, given that much of the excitement around this season deals with episodes still unseen. So, keep that in mind as you read on, and know these thoughts are solely of the eye of this beholder — thoughts that could only be dreamed up … in The Twilight Zone. 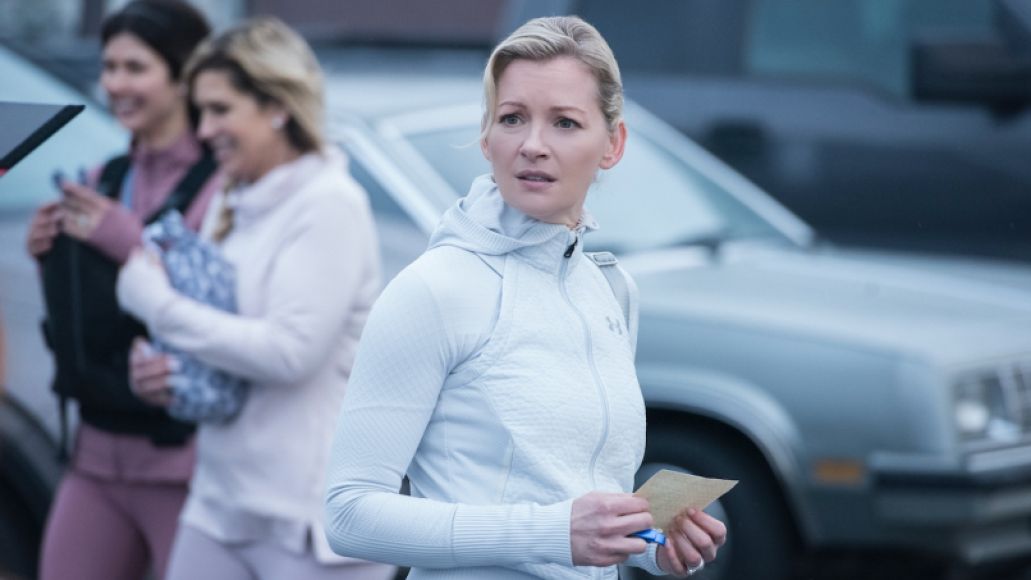 Time Enough At Last? Too much time, in fact! One of the major issues of Peele’s debut season was the runtime for episodes. Whereas the majority of Serling’s original run averaged 30 minutes per episode — save for its soggy fourth season — Peele’s episodes spanned 45 to 50 minutes. It’s just unnecessary. What’s worse, the added time not only provided more room for error, but added some extra fat to the episodes. This season is no exception, and of the three episodes screened, only one (“Meet Me in the Middle”) truly earns the extra half-hour — and even then, it could easily be chiseled down.

More often than not, the added time forces the writers’ hands to overcomplicate their narratives, which seemingly goes against the very tenets of what makes The Twilight Zone so timeless. From the get-go, they’ve always been chewy parables, a spoonful of story to let the cultural commentary go down. It’s as simple as that. These gluttonous runtimes dilute that formula by requiring more characters and more threads, all of which either over-exaggerate the point or embellish the themes to the point of absurdity.

“The Who of You” is a good example of this: a breezy body-swapping story that meanders into a maudlin mess. By the time it’s over, we know too much, we’ve met too many characters, and we’ve stopped at too many places. More to the point, whatever message Rosenfeld wanted to get across is lost in a melange of pretzeled narratives that become too perfunctory and too matter-of-factly for the size of its story. Where it all lands is one of the more ludicrous punchlines in Twilight Zone history, wielding an unnecessary twist that will likely elicit a Paul Rudd double-take for all the wrong reasons. 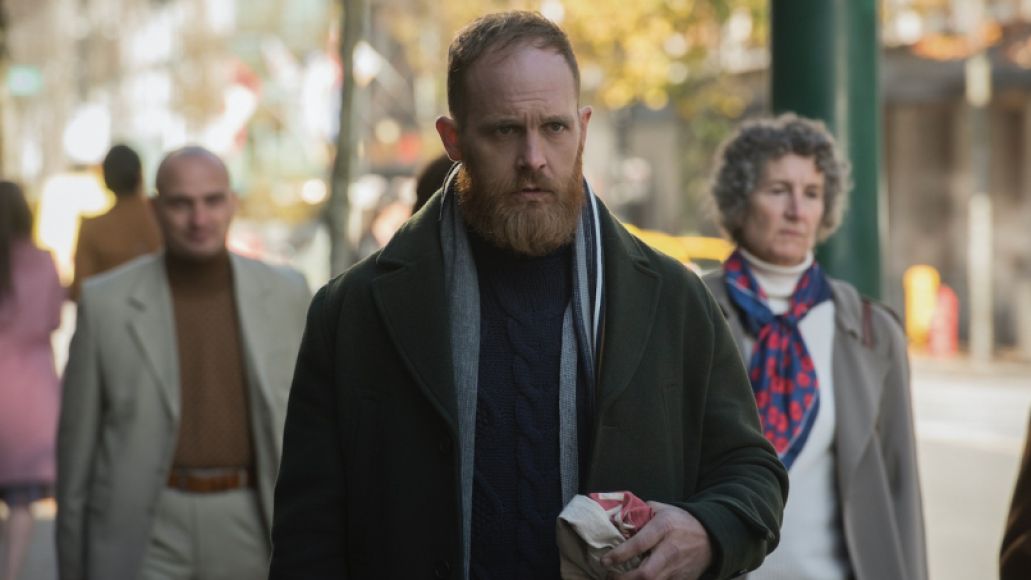 Mirror Image: Like the very best of The Twilight Zone, all three episodes in question revolve around tangible and topical anxieties. Jimmi Simpson is a lonely soul, living alone, and behind on rent in “Meet Me in the Middle”. Ethan Embry can’t pay an electric bill to save his life and wants an easy out in “The Who of You”. And Gretchen Mol is literally being consumed by unchecked consumerism. To myriad effect, there’s a palpable tension in these episodes that feels in line with Serling’s original run, and that much can be appreciated. The problem is that it’s perhaps too heightened at times.

Without getting into the whole chicken and the egg thing, this incarnation of The Twilight Zone has an ensuing Black Mirror problem. It’s a problem in the sense that the British-turned-Netflix import has set the bar for modern anthological parables, and anything of that medium will now be seen as (or at least considered) an imitation. Granted, The Twilight Zone will always be its own thing, and has an entire history to lean upon, but it’s hard to shake the parallels it now shares with Black Mirror — especially when the more dystopian episodes of this Zone achingly borrow the aesthetics of that series.

Looking back on Peele’s run insofar — and that includes these three episodes — the series is at its strongest when it stays grounded. Post-modern designs aside, “Meet Me in the Middle” still looks like our own neighborhoods. So does “The Who of You”, even if it does goes off the rails. And the same goes for last year’s “The Comedian” and “Replay”. These are all stories set in a world that actually looks like our world, only things are slightly off upon closer inspection. That’s forever been the sweet spot of The Twilight Zone; for Christ’s sake, it’s the conceit of nearly every one of Serling’s sign offs. 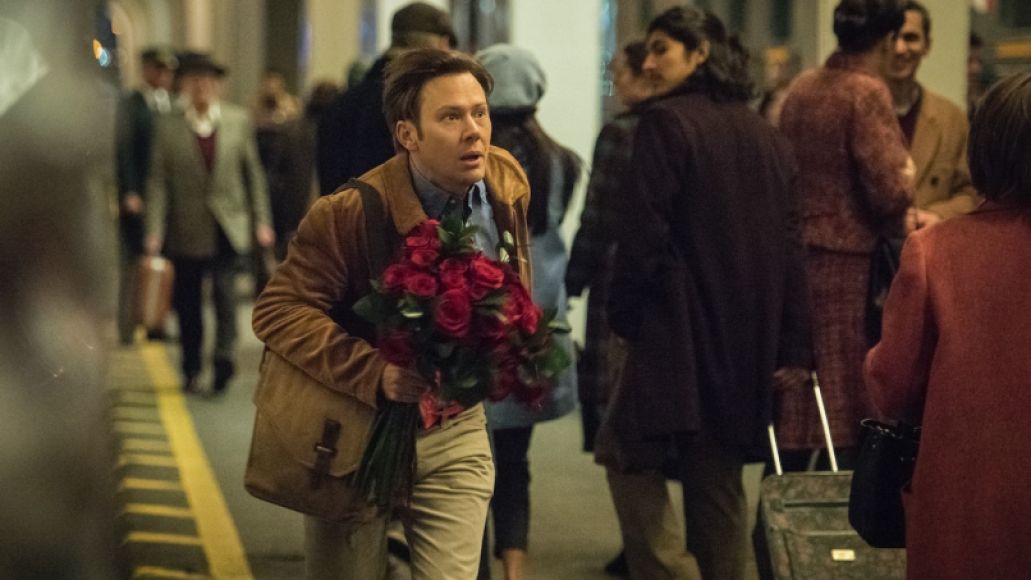 One for the Angels: Again, it can’t be stressed enough that we’ve only seen three episodes. Having said that, out of the three, the only one we’d take with us is “Meet Me in the Middle”. Chang and Amini make every minute count in this story about a man (Simpson) who connects with another woman (Gillian Jacobs) subconsciously. As always, Simpson is a tour de force, carrying the entire episode on his shoulders as he descends into a downward spiral. Without spoiling much, it all leads to an unnerving final act and lands with an emotional punch, which has sadly been a rarity for Peele’s series.

Elsewhere, Perkins gives a messy sequel to “To Serve Man” (and a modern twist on “The Monsters Are Due on Maple Street”) with “You Might Also Like”, while Rosenfeld tries on too many faces in the aforementioned “The Who of You”. Like Simpson, though, every performer gives it his all. Mol attempts to find steadier footing in Perkins’ perpetually muddled screenplay, while Embry proves he’s the underrated gem he’s always been as he wears those dozen faces. The great Billy Porter also joins him, but he’s sadly wasted in a role that’s both underwritten and far too tangential amidst all the tangents.

Closing Thoughts: All roads lead to a destination, but not all roads are necessary. The shortest distance between two points for any traveler is the truth, and the truth is the center of any story. With less time and more focus, there is reason to believe that such truths will find clarity here. From where we stand now, though, such truths are only glimmers of light — and they’re fading. But there is reason to believe. In uncertain times amidst uncertain fates, society could benefit from that light. It’s an opportunity to nurture, to teach, and to even lead. Whether or not that light begins to shine depends solely on the roads taken, and until then, those journeys remain murky … in this Twilight Zone.

Where’s It Playing? All 10 episodes are now available via CBS All Access. 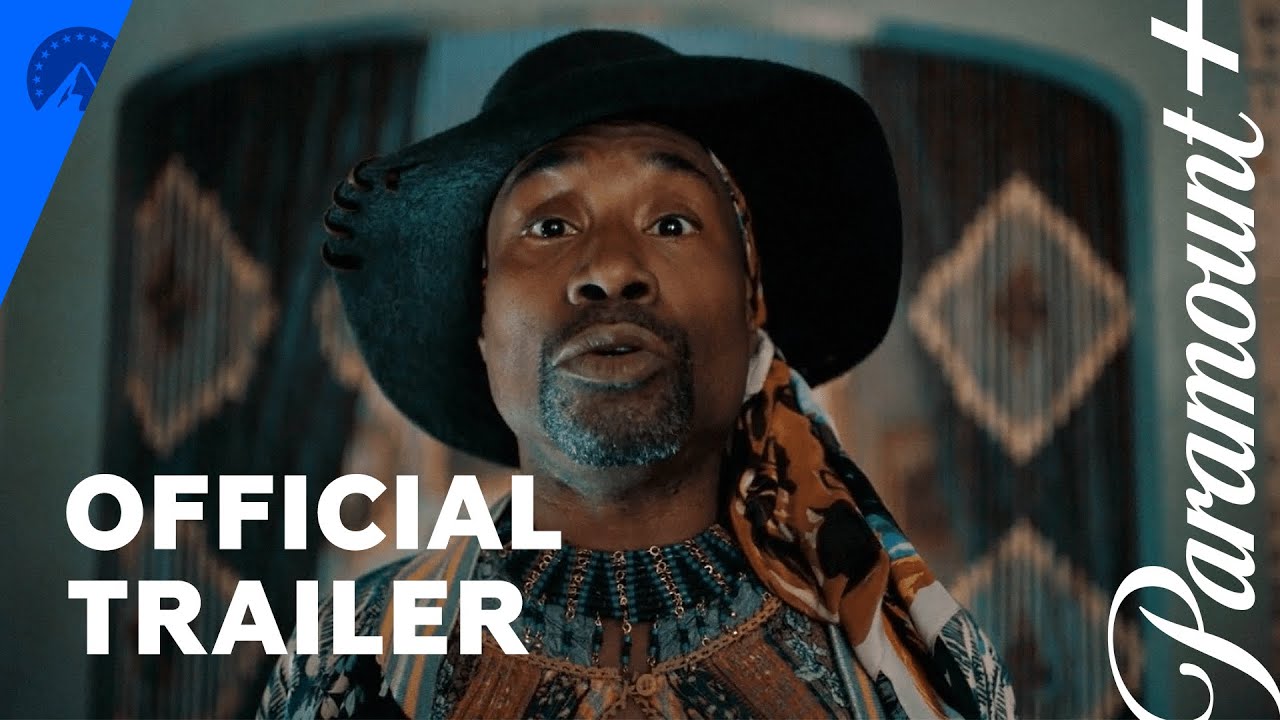 Jordan Peele's The Twilight Zone Returns with All the Same Issues of Its First Season: Review