Blockbuster Month is celebrating the true titans of the genre. In the weeks ahead, you’ll read through a variety of features digging deep into the greatest hits of Hollywood, from popcorn classics to underrated gems. Today, Josh Spiegel discusses the art of counterprogramming and whether studios can still pivot around major tentpoles and blockbusters.

All movies are not created equal. For decades, the summer was the domain of the blockbuster: big-budget films with loads of action, special effects, and anchored by some kind of intellectual property. Sometimes, those films were able to boast A-List stars; other times, those films created A-List stars. (Will Smith was well-known for his music career and starring role on The Fresh Prince of Bel-Air, but Independence Day made him a star. The following summer, Men in Black cemented his A-List status.) But every summer, for a long time, it was a guarantee that all audiences would still need options outside of the blockbuster.

Enter the concept of counterprogramming.

The basic idea is simple: When a major blockbuster opens, pit it against something that’s both totally different, likely smaller in scope, and hopefully able to lure in an audience that would otherwise skip out of the big-event film. Sometimes, counterprogramming works. In July of 2008, the same weekend that Warner Bros. released the mammoth hit The Dark Knight, Universal Pictures released their adaptation of Mamma Mia!. Quality aside, it’s safe to presume that these two films — epic superhero film and splashy Broadway adaptation — weren’t sharing a lot of audience members. Mamma Mia! made nearly $150 million domestically; it was less than the box office for The Dark Knight, to be sure, but Universal eventually greenlit a sequel, likely inspired by the film’s decent success. 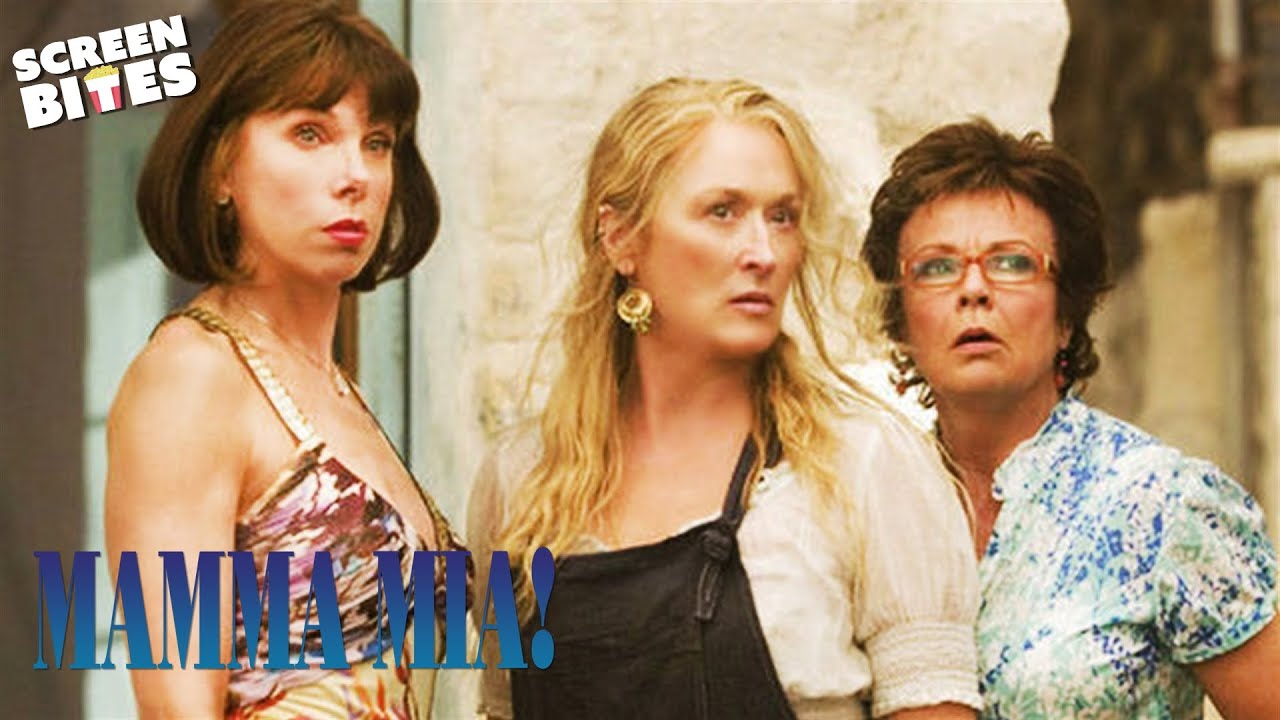 Sometimes, counterprogramming falters dramatically. Three years later, on the exact same weekend in the middle of July, Warner Bros. released the final entry in the Harry Potter series, The Deathly Hallows — Part 2. It was the culmination of a decade-long franchise that had proven to be one of the most successful in all of cinema history. The last Harry Potter was all but assured to be the big winner of the weekend, but it couldn’t possibly be for everyone … which is why Walt Disney Pictures released what remains their final hand-drawn animated feature that same weekend. Winnie the Pooh was everything The Deathly Hallows was not: it was short (clocking in at barely more than an hour), it was lighthearted, it had no real antagonist, and … it was a big flop at the box office, grossing $26 million, a number that Harry and his wizard and witch friends passed roughly one-third through its first day of release.

Don’t have Disney Plus? You can sign up now for a free 7-day trial!

That same summer began with a perfect example of modern counterprogramming: the sleeper comedy Bridesmaids. Comedies from the Judd Apatow stable weren’t always a guaranteed hit — some did better than others at the box office whether or not they lived on in people’s memories — but Bridesmaids was a true smash. Arriving a week after the first Thor and a few weeks after Fast Five, Bridesmaids existed as a novelty of counterprogramming in and of itself. It’s an original film anchored to no existing intellectual property, starring and written by women. The high-concept comedy was a massive hit, netting star and co-writer Kristen Wiig an Oscar nomination, and ranking as one of the highest-grossing films of 2011. (The Hangover Part II, which opened a couple weeks later, was the only bigger comedy hit that year.) 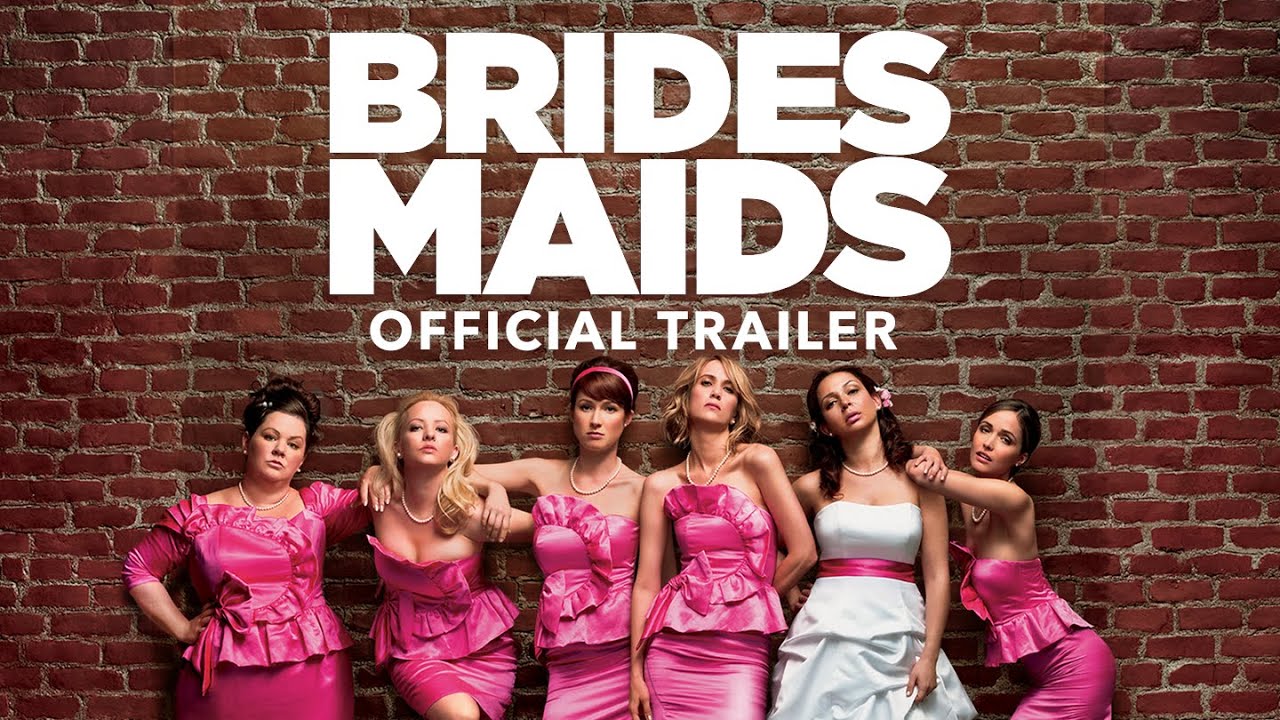 2011 also ended with another counterprogramming hit: The Help. Leaving aside the film’s recency in the news — one of its stars, Bryce Dallas Howard, politely noted that now is perhaps the worst possible time for such a whitewashed depiction of America’s bad history with racial politics to be rising up the rankings on Netflix — it was as big a hit as Bridesmaids. (The R-rated comedy grossed $169.1 million at the box office while The Help grossed $169.4 million.) The Help, based on a fairly popular novel, performed much like Bridesmaids: a modest start followed by weeks of staying power at the box office.

Where counterprogramming used to be a fairly common part of the summer movie season, it’s dwindled since 2011. Part of the shift can be attributed, quite simply, to the way that studios greenlight films. Now, Marvel is the dominant superpower of American cinema, both through its own films and by inspiring other studios to attempt their own cinematic universes. A couple decades ago, that wasn’t the case. Take the summer of 1998, for instance. Marvel was involved with just one movie that year, the original Blade, starring Wesley Snipes. Blade was a moderate box-office success, arriving just a couple weeks before Labor Day and leading to two sequels in the early 2000s. But the very existence of the Marvel Cinematic Universe was impossible to imagine in 1998; hell, Kevin Feige didn’t even work for Marvel yet. 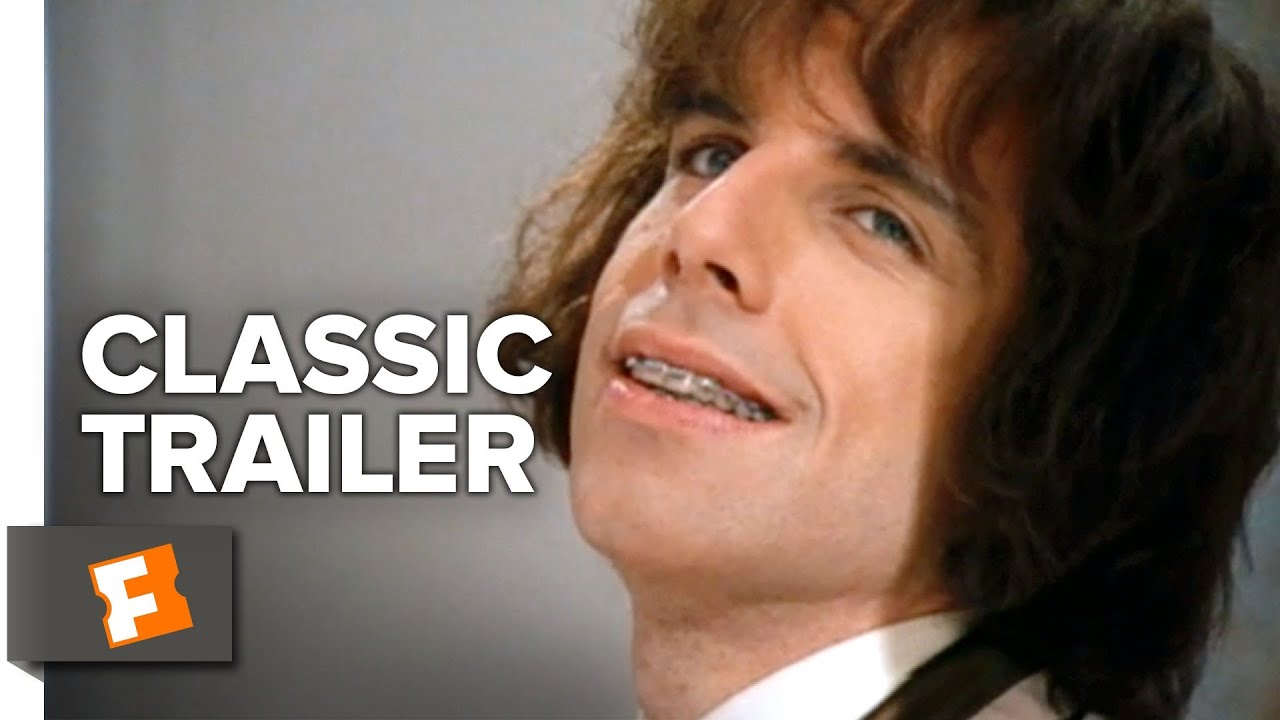 Instead, the summer of 1998 had a more traditional spread of major motion pictures, such that almost every title felt like counterprogramming against itself. The biggest film of the summer was the biggest film of the whole year: Steven Spielberg’s Saving Private Ryan, quickly followed at the box office by Armageddon. Quality aside, these massive hits were both technically original stories, not based on prior source material. They weren’t counterprogramming, but their presence wasn’t so influential that counterprogramming examples couldn’t co-exist. Even looking beyond how different the summer of 1998 was compared to the summer of, say, 2018, there are counterprogramming examples, films that buck the trend of big budgets, big stars, and big action. In fact, you only have to look at the third-highest-grossing film of 1998: There’s Something About Mary.

This raunchy romantic comedy arguably helped cement Ben Stiller’s status as an A-List nebbish and did so while serving as the kind of slow-moving destructive force rarely seen at the box office anymore. The film hit No. 1 at the box office just once, during its eighth weekend of release. It opened in the middle of July, in fourth place, as a perfect example of counterprogramming — the other major release of the weekend was The Mask of Zorro, an action-packed film derived from intellectual property. (And, fair is fair, a very fun movie by itself.) Mary, like the title implied, had something about it that just made it unstoppable throughout the back half of the summer. Though its opening weekend only netted $13 million, by Labor Day, the movie had grossed 10 times that amount. 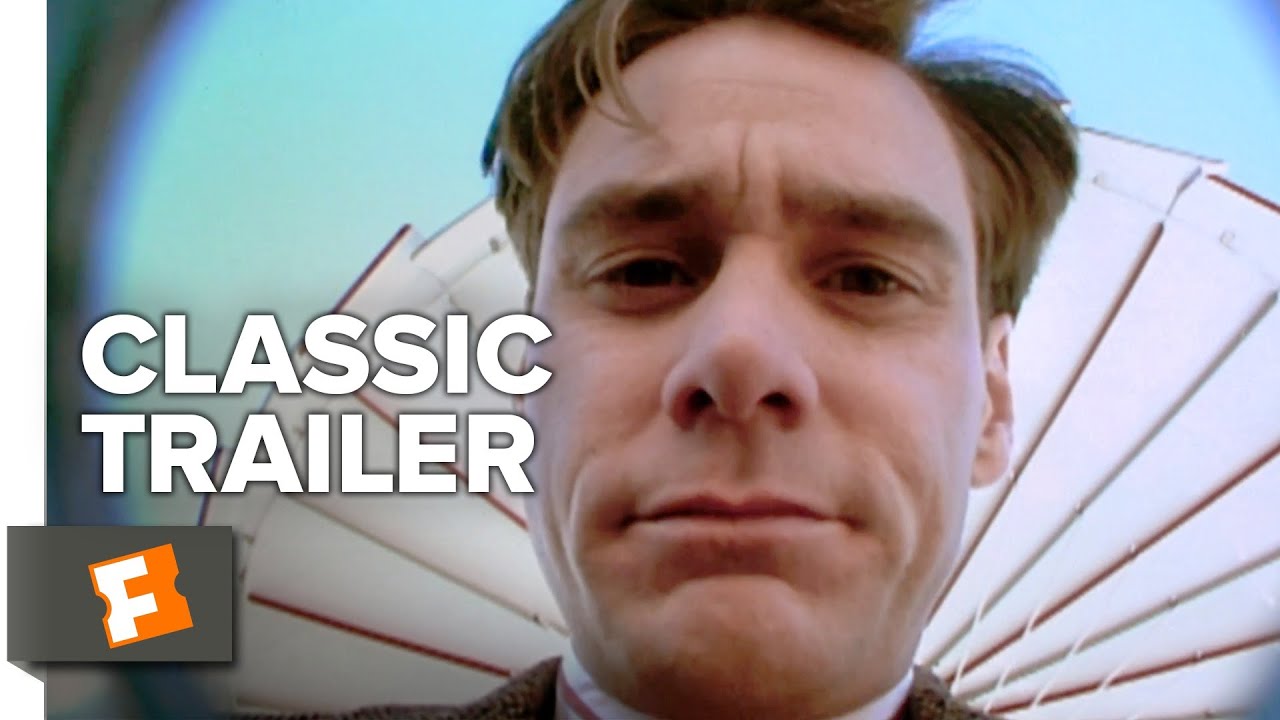 This is what makes some counterprogramming titles stand out. It’s not just that they represent an alternative from the norm of summer movies. It’s that they stick around, or stuck around, at the box office for weeks at a time. That same summer, another excellent example of counterprogramming arrived with an A-List star breaking out of his mold on purpose: Jim Carrey in Peter Weir’s The Truman Show. The film did have a high concept — what if an average man living in a picturesque town was actually the lead character on a reality show, and he didn’t even know it? — but was a low-budget film whose very success was initially predicated on Carrey’s presence as opposed to action or effects. Other summer of ’98 entries, like Godzilla or Deep Impact, were designed to appeal to audiences with loud noises, where The Truman Show appealed with its intelligence and an expectation that people wanted more than just FX.

The era of summer counterprogramming is over, though. It’s not just that the summer 2020 movie season is literally nonexistent. If you look at last year’s summertime releases, you’ll be blinded by the IP. The highest-grossing summer release that was not directly tied to intellectual property such as comic books was Quentin Tarantino’s Once Upon a Time…in Hollywood. And even there, an exception must be made: Tarantino derived his story from well-known American history and had two of the biggest movie stars of the last 30 years as his leads. (Tarantino, too, is one of the few American filmmakers known by name.) In fact, of the 31 films from 2019 that grossed at least $100 million domestically, just two of them weren’t inspired by or based on pre-existing material or history of any kind: Jordan Peele’s Us and Rian Johnson’s Knives Out. Both of those exist as a form of counterprogramming (though in the case of Us, you could argue that Peele’s presence, after the massive success of Get Out, is a form of intellectual property). 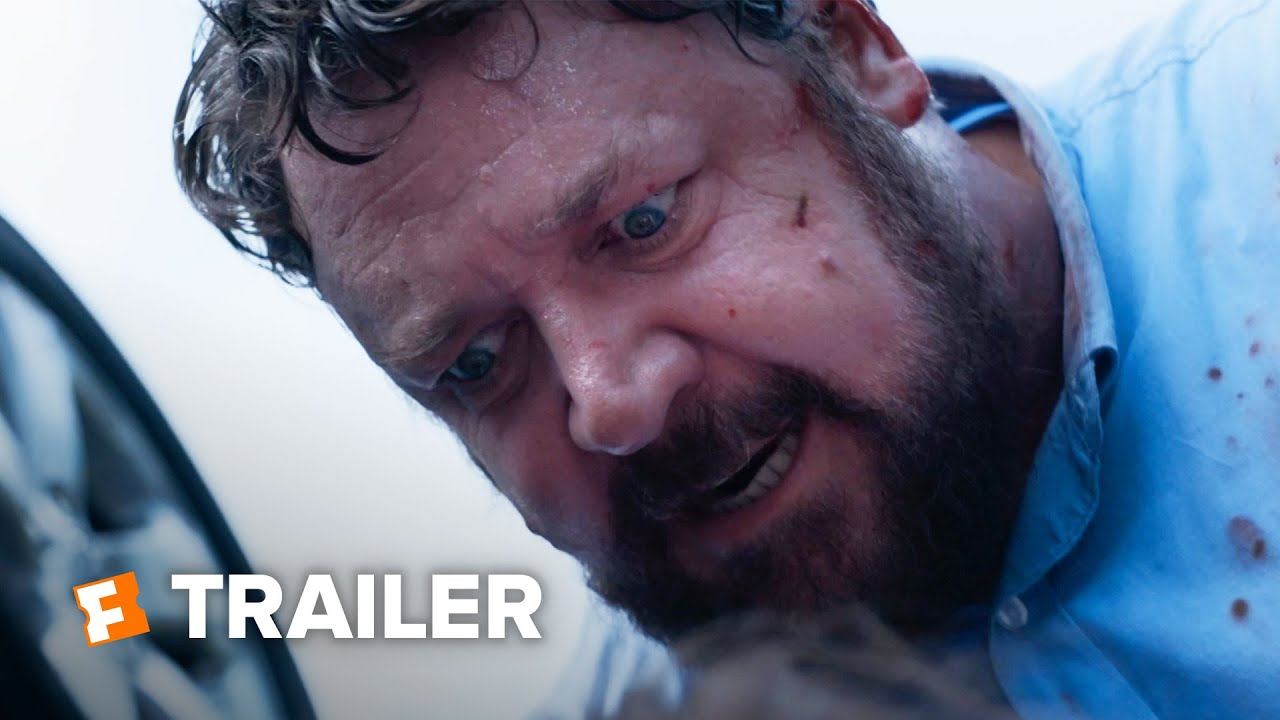 But they’re exceptions to the rule. For a time, counterprogramming running counter to the summer movies of old was more than just an exception. These films co-existed with standard-issue summertime fare. Now, though, summertime fare is the rule. And after the 2020 movie season has been fully rent asunder, it’s hard to imagine a scenario where counterprogramming at the theater ever really comes back. Do you want to go back to the movie theater right now? The answer may be yes, but are you willing to potentially endanger yourself to see Christopher Nolan’s latest? That’s a hard enough question to answer, let alone whether or not people will see a movie where Russell Crowe plays a guy with serious road rage. (What, you’re not counting down the days until Unhinged opens, apparently on July 31st?)

Counterprogramming only works as an option at the movie theaters if audiences are there. It’s nice to look back wistfully on the days — not that long ago — when studios took chances on more than just intellectual property extravaganzas. Not every counterprogramming option worked, but they always represented a way for studios to fill the summer with more than big-budget noisefests (even if many of them could be quite good). Now, as we wonder when movie theaters will reopen and when any of us will even visit them again, counterprogramming seems like a fantasy straight out of a Marvel movie.