Fender is catering to the ukulele player’s inner rock star with their new Fullerton series. The new hybrid electric-acoustic ukuleles are modeled to look like classic Fender guitars, and they can be played plugged or unplugged.

The Fullerton series, which Fender calls one of its “most stage-ready instruments,” features classic body shapes of the Telecaster, Stratocaster, and Jazzmaster, merging the world of electric guitar with the soft plucks of the ukulele.

However, when amplified through the built-in Fender-designed preamp system, the Fullerton ukes take on a new life. Plug into a distortion pedal and they allow ukulele players to create fuzzed out garage rock or even heavy metal.

The preamp features separate volume and tone controls, as well as a built-in chromatic tuner interface. Another perk is the instrument’s convenient no-tie bridge, which makes string changes seamless compared to traditional ukulele bridges that require special knotting. Fender has dabbled in electric concert ukes in the past, but the Fullerton series marks the first time they’ve brought classic guitar designs to the instrument.

The Fullerton ukuleles retail for $199.99 and can be purchased here. Check out Fender’s video introduction to the Fullerton series below. 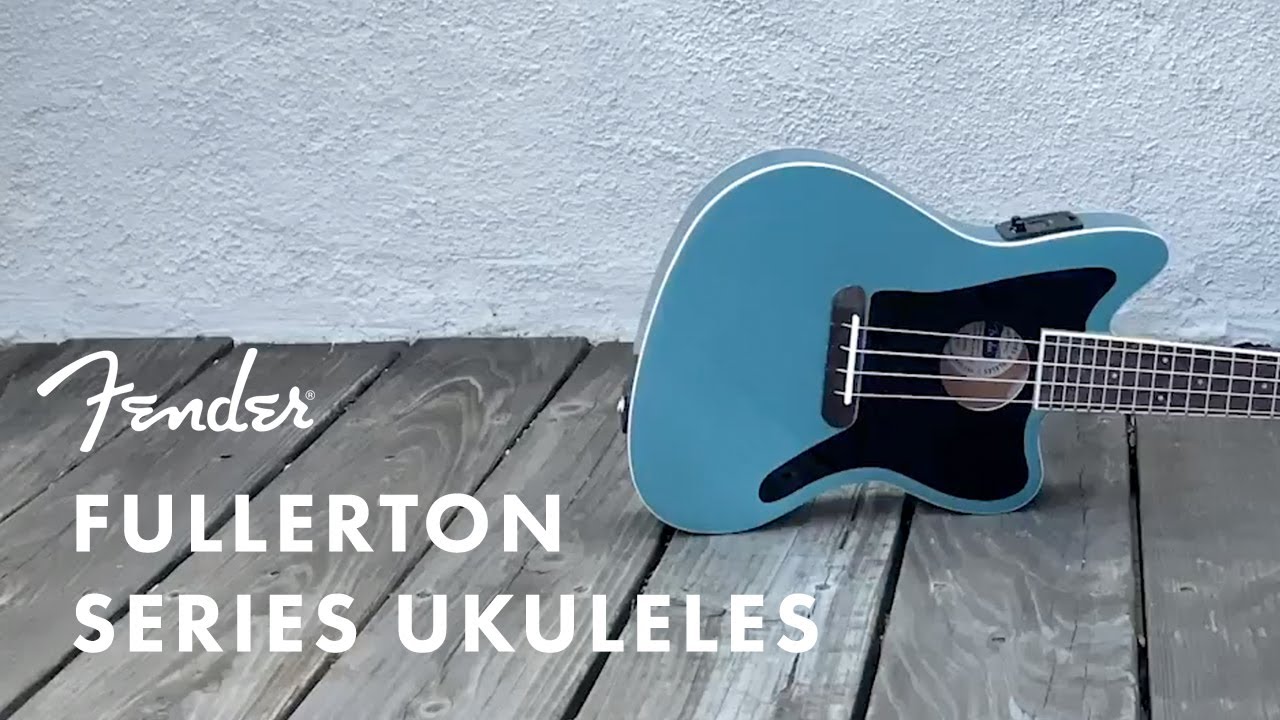