The Pitch: Three generations of women deal with the inevitability of death in the face of a global pandemic largely affecting the elderly. Kay (Emily Mortimer) and her daughter Sam (Bella Heathcote) travel to grandmother Edna’s (Robyn Nevin) remote Australian home after receiving news that she has disappeared. When Edna returns days later with no memory of where she’s been, the house begins to change, complicating an emotional story of aging with sinister undertones. Directed by Natalie Erika James, who also wrote the script along with Christian White, Relic effectively weaves in elements from Hereditary and The Visit to deliver a terrifying tale that tugs at the heartstrings.

The Ties That Bind: Relic struck a nerve with me. The story of a woman dealing with her ailing mother at the end of her life is one I’ve had a hard time finding words to process — and I’m likely not alone. It’s nearly impossible to watch Relic without thinking about our own relationships with our parents, and James masterfully presents a full spectrum of family dynamics. Many will find solace in a compassionate, but honest depiction of caregiving, while others will connect with the horror of losing control of your mind and body.

Resonating most with me is the story of a daughter asked to care for her mother with whom she has a strained relationship. My mom is currently sick with Covid-19, and the guilt of both not being able to care for her (due to quarantining) and not wanting to (due to issues from my childhood) has been challenging to admit.

Through Kay’s relationship with Edna and Sam’s attempt to help, James asks: “What do we owe to our parents?” Is it really as simple as “She changed my diapers so now I change hers” or can we allow it to be more nuanced? 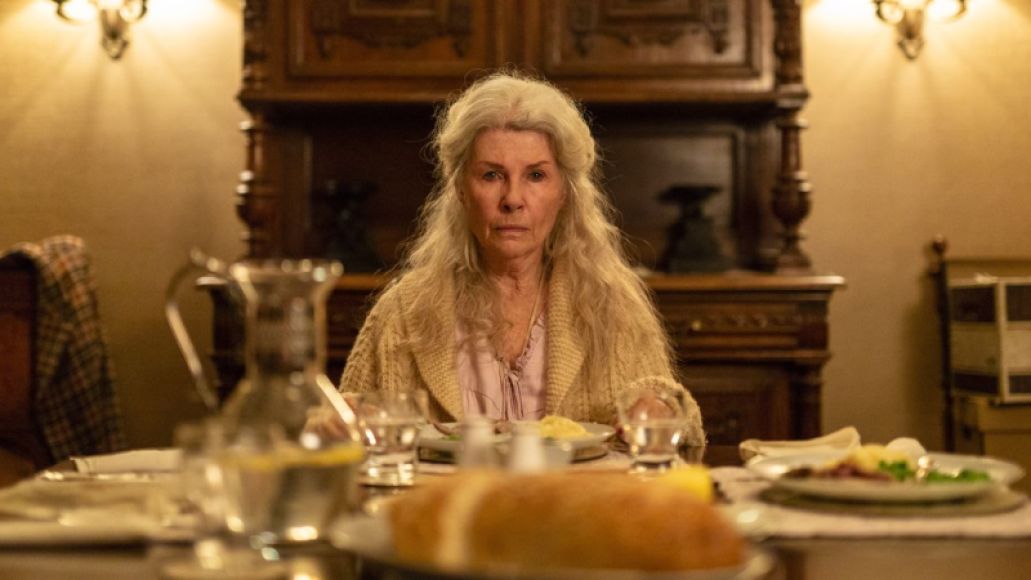 Women’s Work: These relationships are beautifully brought to life by Relic’s three leads. Each gives a nuanced performance guiding viewers into a complicated headspace. But this film belongs to Nevin, whose stellar performance allows James to play on our fears of aging and death complicated by emotional attachments to those we love. Seamlessly shifting between sympathetic and terrifying, Nevin eerily portrays a woman whose mind is unraveling. We feel protective of her while simultaneously repulsed and fearful. It’s both a touching and unnerving portrait of a woman suffering from dementia that does not feel patronizing or reductive.

The Gingerbread House: Pulling in elements of Hansel and Gretel, Edna is both the victim and the witch, at times hating the house she lives in and yet also gaining strength from it. Throughout the house, rot and mold on the walls appear to move on their own, often taking the form of human-shaped shadows. This rot begins to appear on Edna’s body, giving her dementia the implication of sinister intent and leaving us to decide for ourselves if it’s real or a manifestation of her fear. We begin to realize the house is an allegory for Edna’s crumbling mind. It’s what she has always known, and where she used to feel safe, but she can’t trust it anymore, a concept likely familiar to those with a neurodegenerative disease. 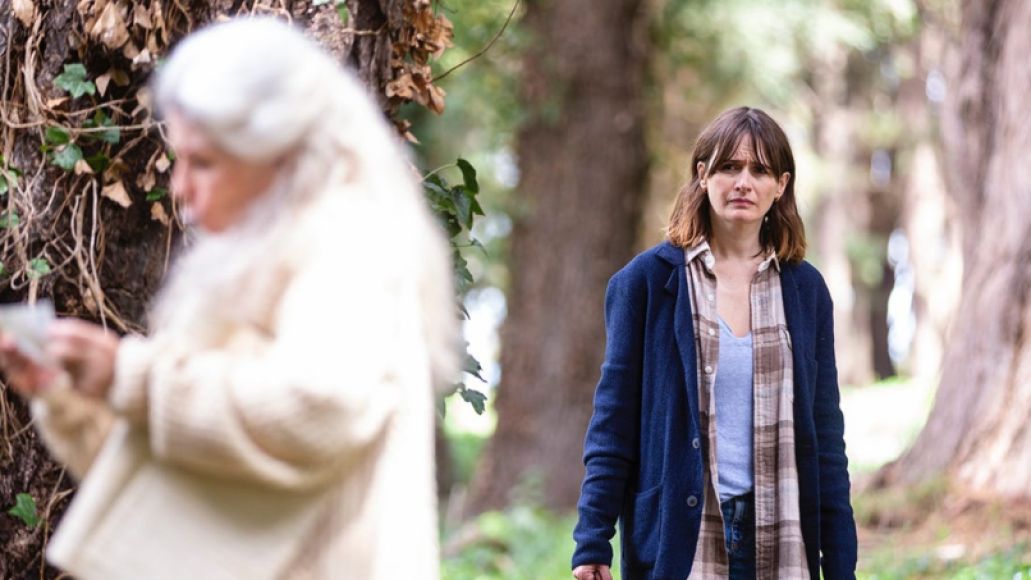 Breadcrumbs to Nowhere: Relic’s one flaw is essentially pulling a bait-and-switch on what begins as a haunted house story possessed by sinister beings and ends somewhere else entirely. Effectively creepy sequences like monsters hiding under the bed, recurring nightmares, and images of an old cabin on the property set up questions that are never answered. While the resolution we do get is powerful, one can’t help but long for answers to the intriguing plot details set up in the first half.

Maze of the Mind: More successful breadcrumbs are the notes Edna has been leaving to herself to remind her of the basic actions of living. While some are innocent and practical like “turn off the faucet”, others are more sinister such as “don’t follow it” and “get rid of them.” We see them written in different and increasingly sprawled handwriting, leaving us with the feeling of an unraveling mind. The final note leads to a shocking and heart wrenching conclusion likely to bring anyone who has dealt with the slow loss of a loved one to tears. 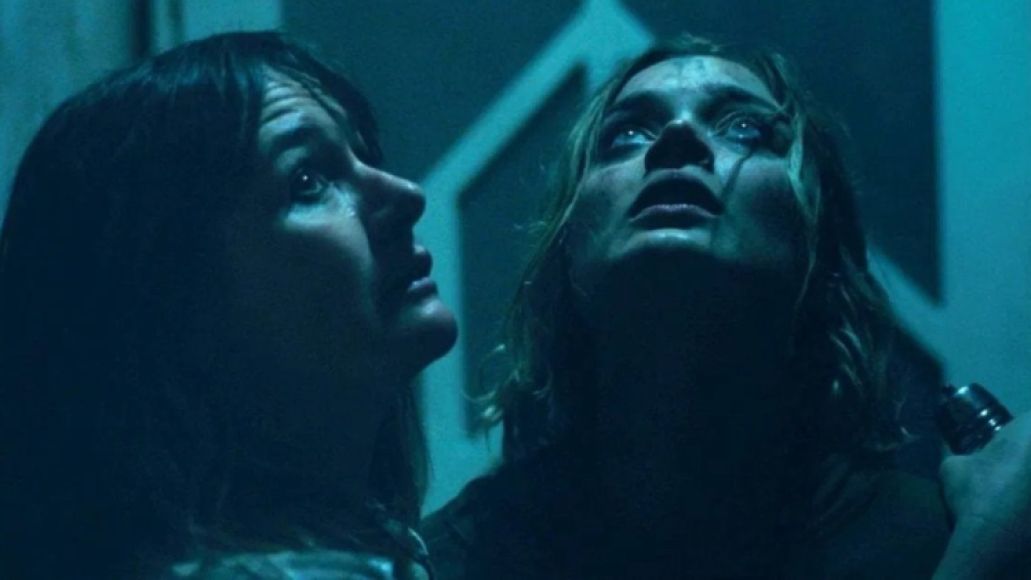 The most effectively scary sequence in the film is one in which Sam loses track of her place in the house, walking down long, dark, ever-changing hallways that shift and shrink with her every move. Punctuated with brutal body horror and practical effects, it’s an unsettling journey meant to evoke the experience of losing the thread of reality. This sequence effectively puts Sam and Kay in the mind of Edna, allowing the audience to empathize with her and insinuate the insidious ways mental turmoil can turn contagious.

What’s Coming to Shudder in July 2020

The Beach House Brings Body Horror to a Pandemic: Review

The Verdict: The conclusion of Relic is haunting, beautiful, and cathartic. What will be left of us when everything is stripped away?Who will be there to accept us in our most basic form? These are scary and frustrating questions to consider — and may prove divisive to some viewers — but Relic contends with these fears in such a relatable way. Because of this, James’ story is likely one that won’t be forgotten for those caught in its emotional web.

Relic Is a Terrifying and Touching Allegory for Dementia: Review