The three-day rock festival previously referred to as “Herd Immunity Fest” is scheduled to kick off tomorrow (July 16th) outside the Q&Z Expo Center in Ringle, Wisconsin. With one day to go, organizers are seeking fans to help set up the festival’s site following some rough weather in the area.

The Mini Fest, as it is now called, was met with backlash when it was first announced in the midst of the COVID-19 pandemic as the “Herd Immunity Fest” last month. The festival’s announcement came as health experts and promoters have predicted concerts and festivals wouldn’t return in earnest until 2021.

Nonpoint, one of the headliners, immediately dropped off the bill upon hearing the festival’s name. And there have been numerous lineup changes since the initial announcement.

Of the initial 12 bands announced, Royal Bliss, Blacktop Mojo, Kaleido, and Saul also dropped off the festival. Static-X, Dope, Bobaflex, and more still remain on the bill, which has since added Adelitas Way, Saving Abel, Sponge, and more to the lineup — now featuring 15 bands across three days.

Early Wednesday morning, organizers reached out to fans via Facebook, asking for help to set up the event. “So with that weather we had Tuesday, cut off a day of getting things set up for the Mini Fest,” began the message. “So if you have time and would like to help us get everything set up, TODAY Wednesday about 9am if you can come out to the expo to help that would be great. GOOD NEWS …… Looks like the rest of the week is going to be very nice.”

A follow-up this afternoon reported, “Today weather has been on our side. Thank you to everyone that showed up to help us set up our fencing. Work in progress.” However, the photos don’t show much thus far in the way of a stage or setup.

An official T-shirt has also been revealed, although it wasn’t printed in time to be sold at the festival. Fans will have to order it online, with the design showing a skeletal hand flipping COVID the bird.

As of now, single-day and three-day passes are still available via EventBrite. See the aforementioned Facebook posts and T-shirt design below. 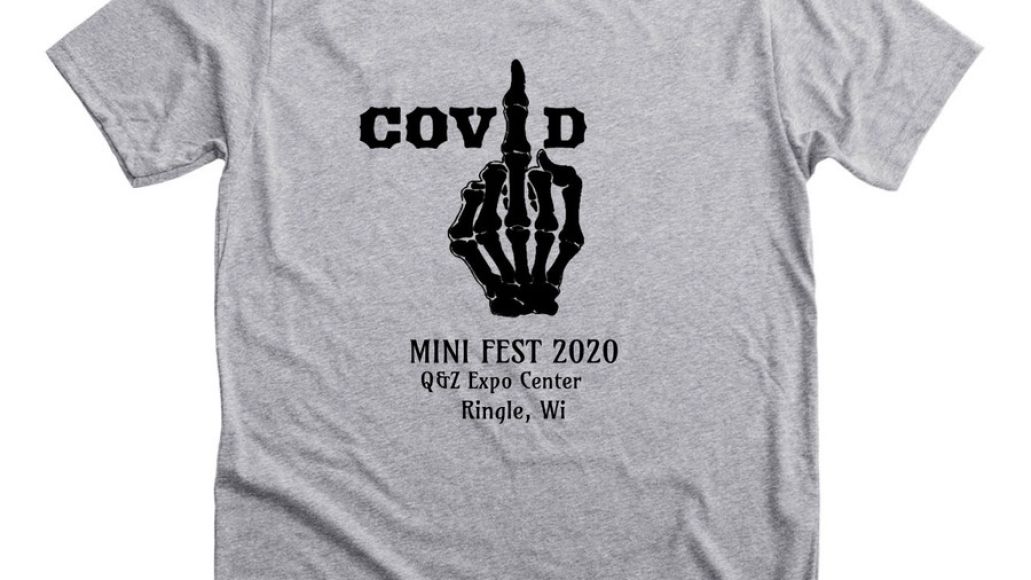 Editor’s Note: If you’re a fan of our content, consider supporting Consequence of Sound and Heavy Consequence by visiting our newly launched web store and picking up one of our custom face masks. A portion of the proceeds will benefit MusiCares’ COVID-19 Artist Relief Fund.