Kanye West held his first presidential campaign rally at the Exquis Event Center in North Charleston, South Carolina on Sunday. The hour-long event saw Kanye deliver a series of rambling, often times, incoherent remarks in which he sought to explain his policy positions.

Beginning around 5:00 p.m. local time, Kanye took a makeshift stage wearing a bulletproof vest and with his head shaved to say, “2020”. From the onset, it became clear that the event was not well planned. There was no microphone or podium in place for him to speak into, and his shouted comments were often drowned out by the jeers of the audience.

Throughout the event, Kanye welcomed various rally-goers to the stage to share issues that were important to them. He would use their comments as a jumping off point to share his own stances. For example, after a young woman accused social media of brainwashing children, Kanye launched into a diatribe about how prescription drugs were also altering societal’s perception of reality. He also proudly boasted about his own 132-point IQ and how he went “to the hospital because my brain was too big for my skull.”

At another point, Kanye railed against Black iconography used by white organizations, specifically citing Harriet Tubman as an example. “She didn’t free the slaves, she had them go work for other white people,” he remarked.

During one of the most surreal moments of the rally, Kanye began crying after revealing that he initially wanted his wife Kim Kardashian to get an abortion prior to the birth of their first child. Between tears, Kanye said that if it had not been for a “vision of God,” he would have allowed his first child to be “murdered.”

When a young woman took the stage to challenge Kanye on his views of abortion, Kanye maintained that he was not against abortion. Instead, he said America needs to do a better job supporting pregnant women and proposed giving every pregnant woman $1 million in order to see their pregnancy through, prompting laughters from the audience.

The atmosphere turned contentious towards the end of the event when a rally-goer challenged Kanye’s interpretation of the Bible. After allowing a few more people to speak, Kanye exited the stage to a mixture of cheers and boos.

The event took place ahead of tomorrow’s filing deadline in South Carolina. In order to get on the state’s ballot, Kanye needs to get 10,000 signatures.

As of now, Kanye is only on the ballot in one state: Oklahoma. The filing deadline for several other states has already passed, meaning if Americans would like to vote for him, they’d have to do so as a write-in candidate. One advisor previously hired by Kanye expressed doubt that he was serious about running after he missed a deadline to get on the ballot in Florida, one of the country’s most important swing stages. Meanwhile, some friends and family members close to the rapper fear he is currently going through a bipolar episode.

Amid all this, Kanye is also seemingly set to release a new album. In a since-deleted tweet posted last night, he announced he’ll be releasing an album called Donda next Friday. 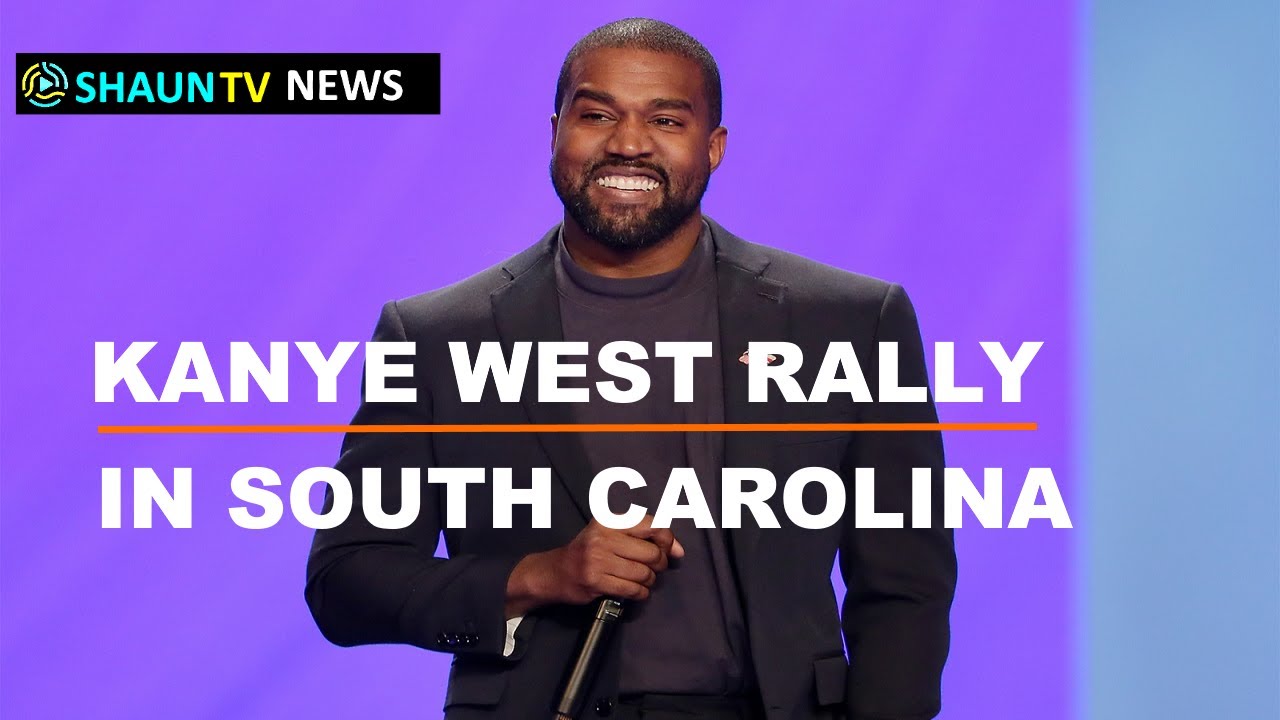 Kanye West Held His First Campaign Presidential Rally in South Carolina, And It Went As Well As You'd Expect