Linkin Park’s Mike Shinoda has unveiled a second album that he created with input from fans on Twitch. Dropped Frames Vol. 2 comes just three weeks after the release of Vol. 1.

As previously reported, Dropped Frames Vol. 1 featured Shinoda collaborating with his fans on Twitch. In fact, one of the songs, “Open Door”, incorporated vocals from seven of his Twitch followers.

Dropped Frames Vol. 2, released today (July 31st), is a mostly instrumental effort. As a press release states, “The 12-song set has an emphasis on digital samples and classic game themes, featuring everything from Nintendo Game Boy sounds to ’80s synth, and even a toy drum loop pulled from Money Mark’s Instagram page.”

During the pandemic, Shinoda held regular livestreams on Twitch during weekdays, committing to creating music four days per week and visual art one day per week.

“The fans have been a part of every track in the Dropped Frames series —watching, commenting, and suggesting the whole way through,” explained Shinoda. “Some days, that’s like being the driver of a car with a couple thousand navigators… other days, it’s like piloting a spaceship with a community of eager passengers.”

Meanwhile, Linkin Park bassist Dave “Phoenix” Pharrell recently said the band has been “working up ideas” for new music. However, the future of the group still remains uncertain following the 2017 death of singer Chester Bennington.

Listen to Dropped Frames, Vol. 2 via TIDAL (click for a free 60-day HiFi trial subscription) or Spotify below, where you’ll also find the album art and tracklist. The album is also available for download here. 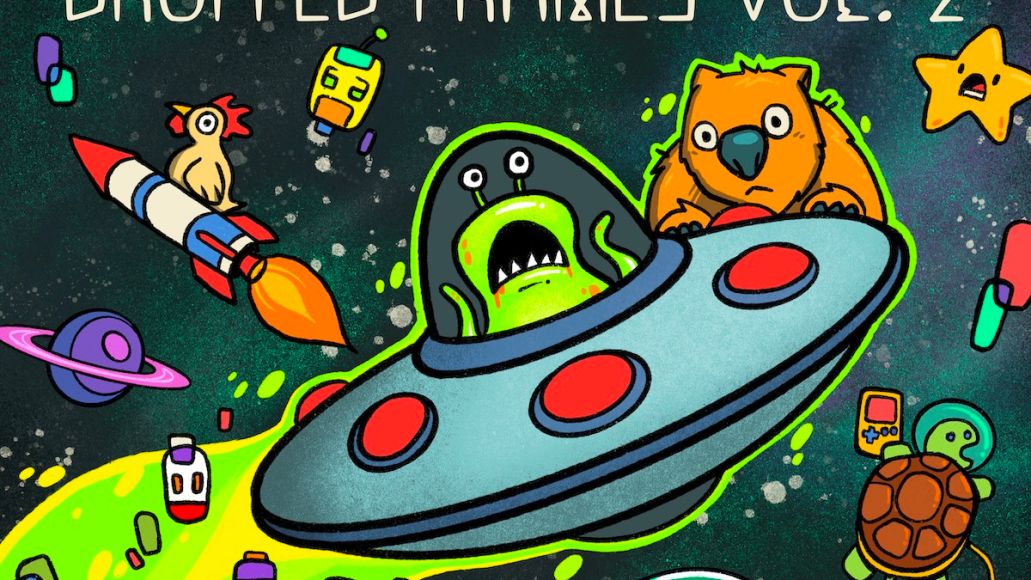