The body of Glee actress Naya Rivera was recovered in Lake Piru in Ventura Country, California on Monday, five days after she first went missing.

Search and rescue members of the Ventura County Sheriff’s Department found Rivera’s body in the early morning hours of Monday. Ventura County Sheriff Bill Ayub believes Rivera’s death was the result of an accidental drowning, as there was no indication of foul play or suicide. Autopsy results are forthcoming.

Ventura County Sheriff’s Department began a search for Rivera after her four-year-old son was found floating alone in a rented boat in Lake Piru on Wednesday, July 8th.

Police says Rivera rented a boat with her son around 1:00 p.m. local time on Wednesday. Three hours later, her son was spotted floating by himself in the boat.

Rivera’s son told police that he and his mother went swimming, but that his mother never made it back to the boat. Rivera’s son was wearing a life vest, but it’s believed Rivera herself was not.

Based on the preliminary results of their investigation, Sheriff Ayub said it appears Rivera was swept away by the lake’s current after propping her son back into the boat. He noted that the current was strong that day and Rivera’s boat was not anchored when she and her son went for a swim.

Rivera starred in all six seasons of Glee playing the role of Santana Lopez. The 33-year-old actress also had reoccurring roles in The Royal Family, Family Matters, and The Bernie Mac Show. She most recently appeared in the YouTube web series Step Up.

As if the story couldn’t be any more tragic, Rivera’s body was found on the seventh anniversary of Glee co-star Cory Monteith’s death in 2013. 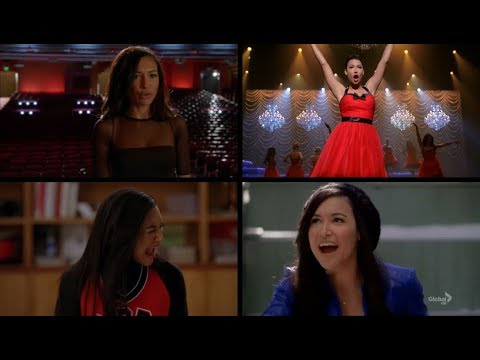