Blockbuster Month is celebrating the true titans of the genre. In the weeks ahead, you’ll read through a variety of features digging deep into the greatest hits of Hollywood, from popcorn classics to underrated gems. Today, Andrew Bloom celebrates the magic behind blockbusters the whole family could enjoy.

The modern blockbuster is built on combat. No matter what emotional depths our heroes may uncover — no matter the melodrama, deconstruction, or social commentary that emerges in their wake — there had damn well better be enough eye-popping fisticuffs to justify tugging on the producers’ purse strings.

But there’s a model, in movies like Back to the Future, Mary Poppins, and E.T., for exciting, special effects-heavy films that don’t rely on high-powered scuffles to create their spectacle and awe. Big problems that must be solved, eye-catching showcases, and great escapes can all provide a means for cinema’s auteurs to wow audiences along a different dimension. In the process, these types of movies provide an alternative to the monotony of the standard third-act action sequence and call for more imagination than the usual collision of fists and firepower.

Back to the Future offers a thrilling, combat-free climax, with a perilous goal that must be achieved at all costs. Marty McFly and Doc Brown’s famed scorched pavement return to 1985 is one of the film’s most iconic sequences. And yet, it boils down to a series of dramatic, but largely technical, hurdles for our heroes to leap over. The film’s final set piece is, at base, a thrilling exercise in quick-twitch problem-solving. 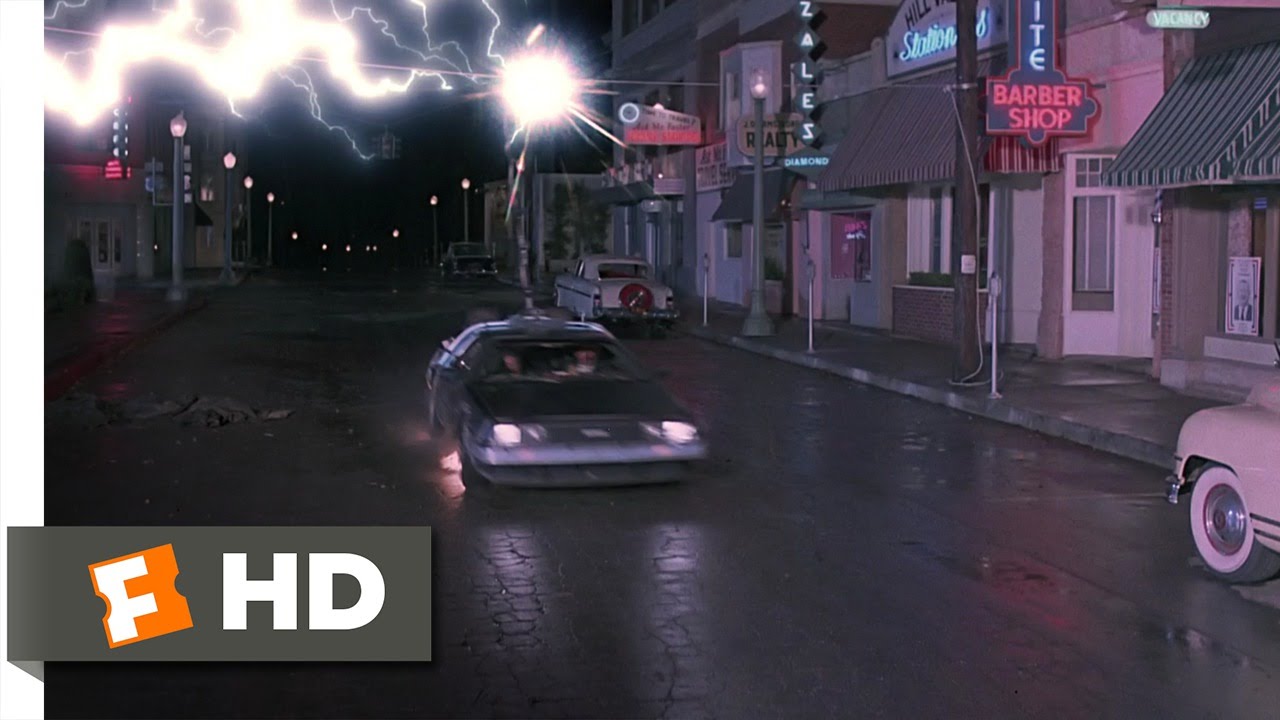 That tack allows the things we love about blockbuster movies — the excitement, tension, and catharsis — to thrive without the characters needing to come to blows (give or take a little Biff-bashing). When everything’s at stake, watching our heroes figure out how to solve the problem of the moment can offer all the action and intensity in the world, regardless of whether anyone ever throws hands.

Blockbusters are also about spectacle, though, and long before action movies ruled the day, musicals were once the place to find it on the big screen. Mary Poppins, one of the most successful movie musicals ever, serves as a transition from one era to the next with its combination of memorable songs and gaudy special effects.

The movie includes flashy dance numbers that wouldn’t feel out of place in the movie musicals of yore (most notably, “Step in Time”). But it also features a now-iconic blend of animation and live action and a surprising amount of wirework throughout. These effects hold up today and still elicit plenty of amazement and wonder, with only the occasional bit of neighborhood cannon fire to disturb the peace.

The same approach explains why animation tends to be one of the best places to look for blockbusters that offer exhilaration apart from altercation in the modern era. The astonishing imagery made possible by artists working in their native medium, rather than adapting it to live action, encourages a different brand of thrills. Animated movies also trend toward all-ages audiences, which forces studios to find alternatives to the usual bombastic brawls.

The need for kid-friendly appeal also helps explain the example set by movies like E.T., whose astounding third act set piece is so iconic, it became the logo for Steven Spielberg’s production company. The film’s climax takes advantage of another venerable blockbuster trope — the daring escape.

It’s a choice that makes sense for E.T. because the movie isn’t built around physical conflict, but rather on the danger of discovery and the universal desire to return home safely. With those themes in mind, the dramatic images of Elliott and E.T. flying away from their pursuers create a sense of magic all their own, that can captivate us in a distinct, but no less potent, way than their more pugnacious brethren. 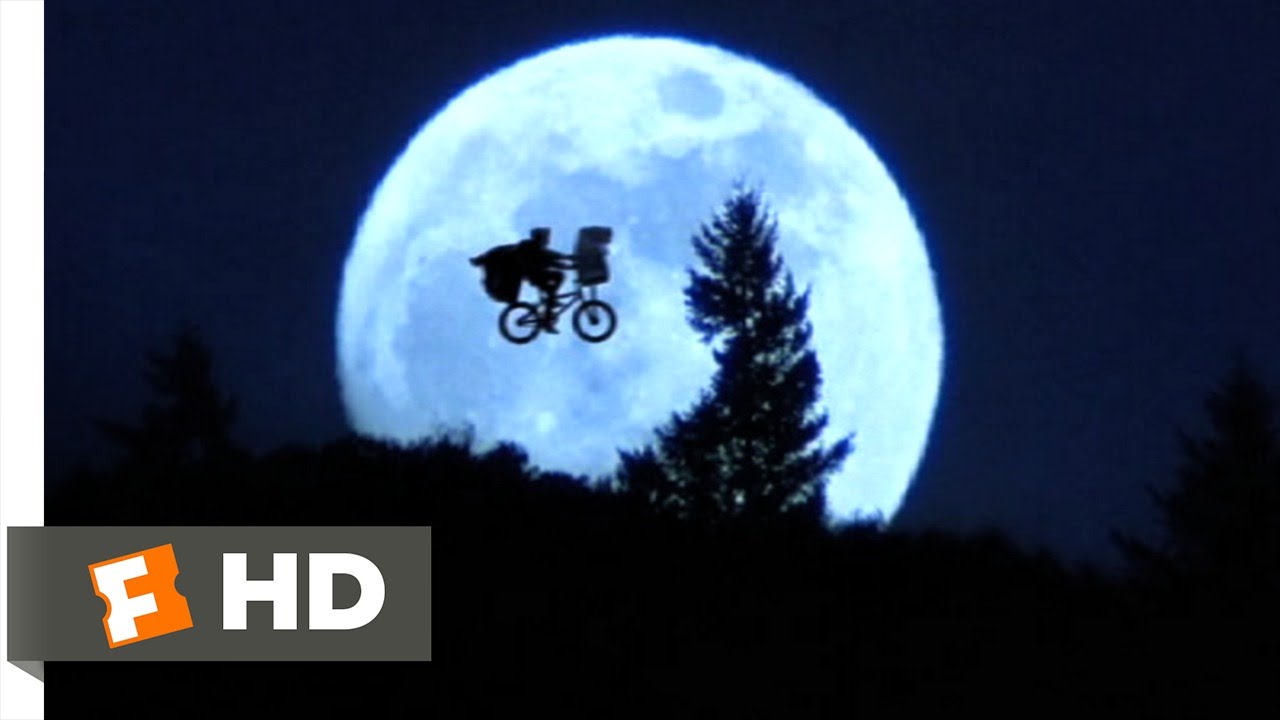 That’s not to say there’s anything inherently wrong with showdowns and throwdowns in modern-day blockbusters. There’s a natural thrill to seeing superpowered heroes and villains battle one another amid all the CGI glitz and gloss Hollywood can muster. Plenty of great popcorn flicks still inject real feeling and character into all sorts of cinematic skirmishes while still leaving audiences wondering which gladiator will emerge victorious from each supercharged contest of champions.

But there should also be room for alternatives. You don’t have to be a pearl-clutcher to worry about the consequences of our culture’s biggest films consistently culminating in violence, especially when that violence is often sugarcoated and bloodless. The answer isn’t to blame violent films for every societal malady, let alone ban them entirely. It is, nevertheless, worth considering the likely effects of so many tentpole films increasingly fitting the same, battle-heavy mold.

Besides, variety is the spice of life. Apart from any moral reasons to be reticent about the abundance and ubiquity of violence in Tinseltown’s biggest films, there are plenty of creative reasons to yearn for less-pugilistic blockbusters. The big-screen battles du jour can be both glorious and gripping. But aiming toward a different type of popcorn flick requires directors to come up with more creative visions for their fantastical fanfare than the standard punch-kick-explosion routine.

Blockbusters as a whole are a reminder that the bombastic and incredible can be made possible. That type of wonder is not limited to the realm of firefights and fisticuffs. It also runs through the breathless getaway, the brilliant solution, and the fanciful places where ink and paint meet flesh and bone.

More to the point, these different types of movies keep their focus on the emotions that run through such impressive sequences. Back to the Future, Mary Poppins, and E.T. are each, in their own way, about repairing broken families. That may take the form of righting the past, remembering the zeal of youth, or processing a sense of abandonment. But in each case, the films are buoyed by the sort of mutual understanding and heart that have a tough time coexisting with the recurring need to blow up the bad guys.

To reserve the most colorful tools in the cinematic toolbox for nothing but battles among the stars and brawls in the streets is to limit the transcendent possibilities of the blockbuster form, rather than unleashing them. Following in the footsteps of these unique and memorable films would once again expand the depth and breadth of popcorn cinema. Otherwise filmmakers risk evincing the one thing great blockbusters should never be accused of — a lack of imagination.

Back to the Future, E.T., and the Wonder of a Non-Violent Blockbuster