Opeth have become one of the most revered bands in modern metal due to an unceasing artistic drive. Chief songwriter and frontman Mikael Åkerfeldt has steered the band through many styles and iterations over a highly successful career, rarely content to settle on any one genre or blanket sound.

The death metal of Opeth’s early work gave way to more acoustic, expansive arrangements in latter years. Åkerfeldt would trade his death growls for the beautiful tenor that his new songs demanded. Whether metal or prog, there is always a sense of grandiosity to their performances and albums, a massive theatrical sound encompassing the music, artwork, and universe of Opeth.

Opeth are foremost practitioners of sound design, a concept that takes a macro view of the musical whole, each instrument and sound building into one cohesive whole. That’s why albums like Blackwater Park and Damnation have such a cinematic, otherworldly quality. Instruments and sounds are chosen and mixed with upmost care and discretion. The many twists and turns of an Opeth album constitute hours of technical studio work and musical skill. But when it comes to recreating these moments in the live setting, the band must adjust on the fly and have a multitude of effects at the ready.

If you’re looking to summon the guitar sounds of Akerfeldt and his Opeth bandmate Fredrik Åkesson, you’ll need to a rig that is equally a streamlined and flexible. Take a look at some of their key pieces of gear below.

Editor’s Note: We’ve included links for the products mentioned in the article. Most are available through Reverb, and your purchase will support Consequence of Sound, an independently owned media company. 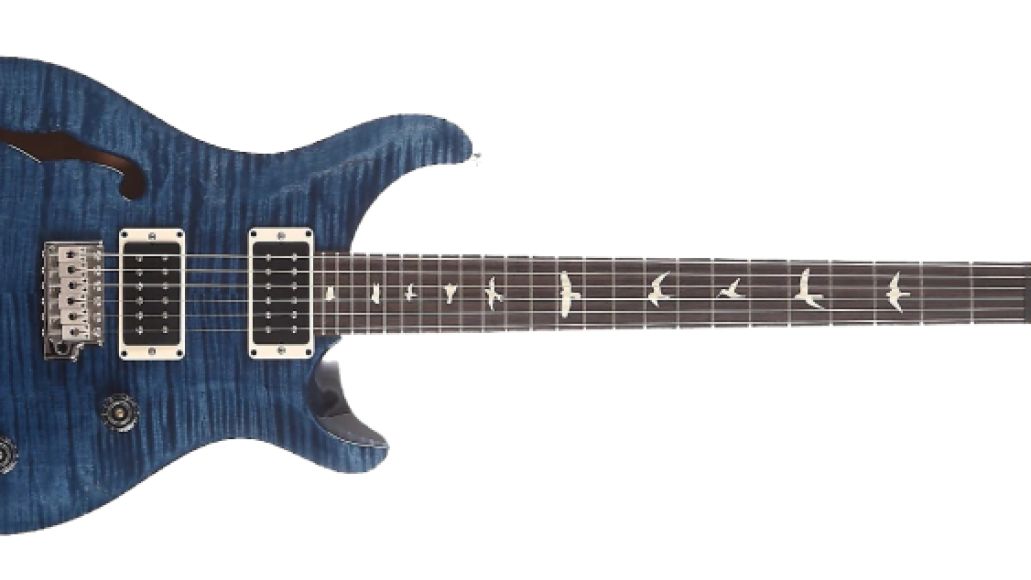 As we observed during an Opeth show we caught in February at the Apollo in New York City, Åkerfeldt loves Paul Reed Smith guitars. For years, the PRS CE 24 seemed like his axe of choice. As it turns out, Åkerfeldt became acquainted with the guitar in a moment of serendipity.

When a friend asked him for a guitar recommendation, Åkerfeldt suggested the standard PRS CE 24. After two weeks, his friend would end up selling the guitar to Åkerfeldt, who then upgraded to a PRS CE 24 Custom, known as the “swimming pool” guitar for its blue-aquatic finish.

“He calls me up two weeks later saying like, ‘The guitar is beautiful, but it’s too good for me. Do you want to buy it?’ and I bought it,” Åkerfeldt recalled in an interview with Reverb.

The PRS 2019 Custom 24 is also outfitted with a Piezo bridge — a vital on-stage tool for Åkerfeldt, “which makes, for the layman, the electric guitar sound like an acoustic guitar.” He uses this to play tracks like “Windowpane” without having to switch guitars mid-set.

Added Åkesson, “Plus, the changes are too quick for us to jump between an [electric guitar and acoustic guitar]. It would be too complicated.” Åkesson himself uses a short scale piezo-equipped PRS P245, a PRS Mark Tremonti signature, and a PRS 594 semi-hollow. 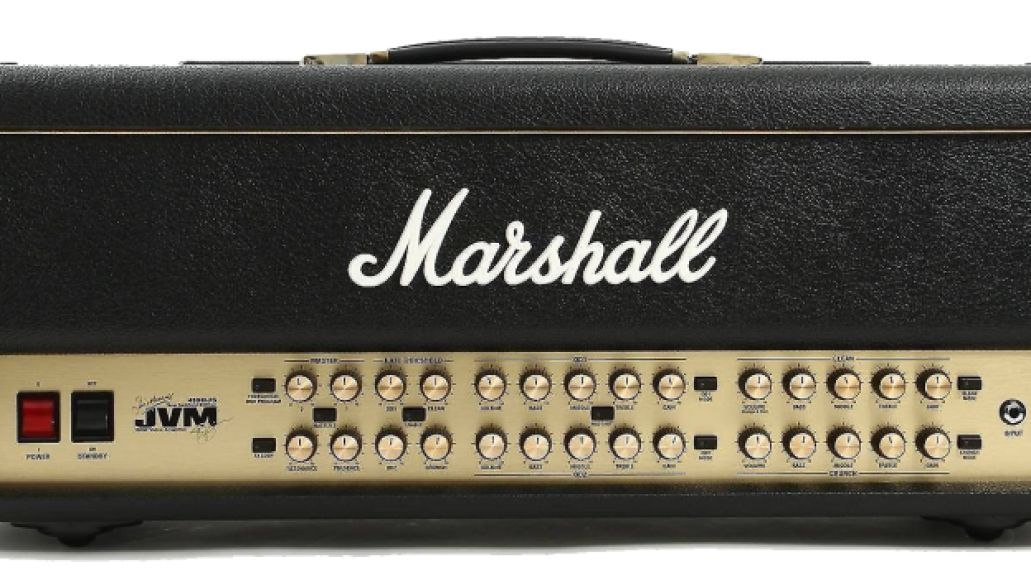 In a 2017 interview with Music Radar, Åkesson said he uses a Marshall JVM410HJS Joe Satriani signature head and eventually got Åkerfeldt hooked on the amp, as well. “You can roll the volume down on your guitar a lot,” Åkesson said, “plus it has MIDI and a noise gate. The second channel has that classic twin-channel JCM800 crunch sound, while the two OD channels are almost identical. I appreciate that, because it doesn’t change the characteristic of the amp’s tone — I dial the last one in with a bit more volume and slightly more treble and gain. And bass, while we’re at it.”

Again, the complex amp is a testament to Opeth’s versatility and ability to play quiet or loud, depending on the song. If the Satriani signature is out of budget or unavailable, the standard Marshall JVM410H comes close. 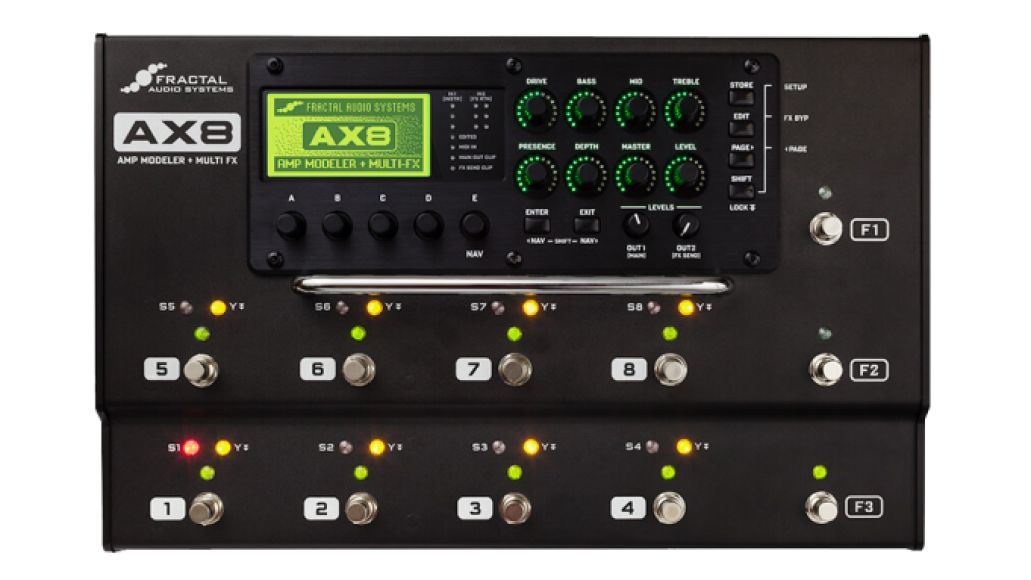 Among the bevy of effects at Opeth’s disposable, there’s a few key pedals and stomp boxes that are frequently used and most evidently heard. Never ones to shy from the amenities of modern digital, the Fractal Audio AX8 is an amp modeler and multi-fx unit. This is how Opeth create so many different tones on the fly, allowing them to essentially carry a multitude of amplifier sounds in one unit.

Of a more classic strand, the Electro-Harmonix Small Stone is a timeless phase shifter pedal that’s been used since the dawn of modern electric guitar. The effect immediately recalls the ’70s prog and psych albums that Opeth invoke on their latest LP, In Cauda Benenum. It’s a key ingredient in conjuring that vintage vibe. Throw in another classic stomp box, the MXR Carbon Copy analog delay, to fill out the tone.

Check out the full interviews with Åkerfeldt and Åkesson in Reverb’s video rundown on Opeth’s rig below. 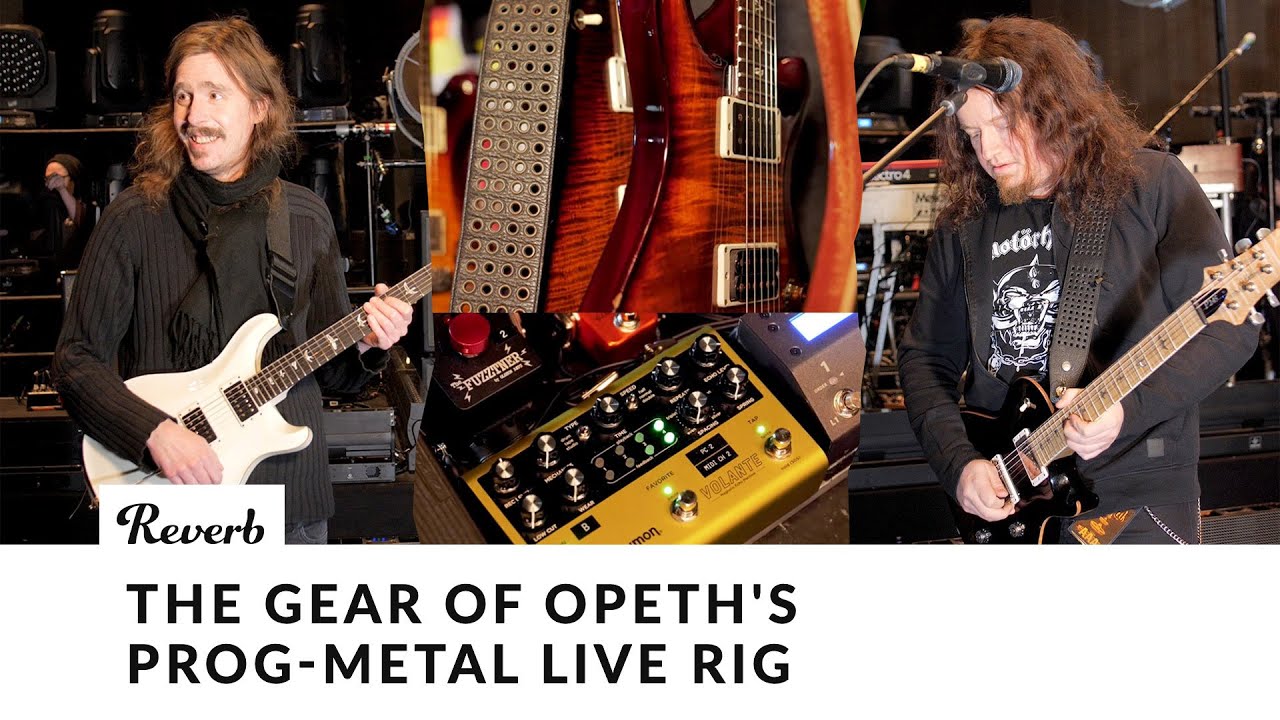 How to Capture Opeth's Guitar Sound