Quarantine might make a traditional beachy summer impossible, but ASAP Ferg and Nicki Minaj are here to remind us that fun can still be had indoors. The two rappers have linked up for “Move Ya Hips”, a new single that’s guaranteed to get you off the couch.

Featuring additional contributions from Atlanta’s MadeinTYO, the track is a bubbling number with just the right amount of bounce for breaking a sweat. Lyrically, the ASAP Mob member uses his mic time to talk sex, jewelry, and his hometown (“Got a new loft in Harlem, you know/ Fergie ain’t move to LA/ Burberry on my collar, diamonds, they still in my face”), but it’s Minaj who steals the show with her signature cadence, stuffing in references to her favorite high fashion brands and her past (and somewhat problematically named) haircut styles.

“Saint Laurent all on my shades, then I pull up in a cherry Mercedes, yay/ Strawberry shortcake hair, Chinese bangs with my two braids,” raps Minaj, while also dropping in a shout-out to Queens, the New York City neighborhood where she was raised.

Check out “Move Ya Hips” below via its workout-themed video and get movin’.

Minaj recently announced she is expecting her first child with husband Kenneth Petty. She also released a solo single, “Yikes”, and collaborations with DaBaby and Rich the Kid. Her highly anticipated joint track with Tekashi 6ix9ine dropped last month, but also resulted in quite a bit of backlash.

As for Ferg, he and IDK combined talents on this past May’s “Mazel Tov”. According to a press statement, fans can soon expect a follow-up to his 2019 Floor Seats EP. 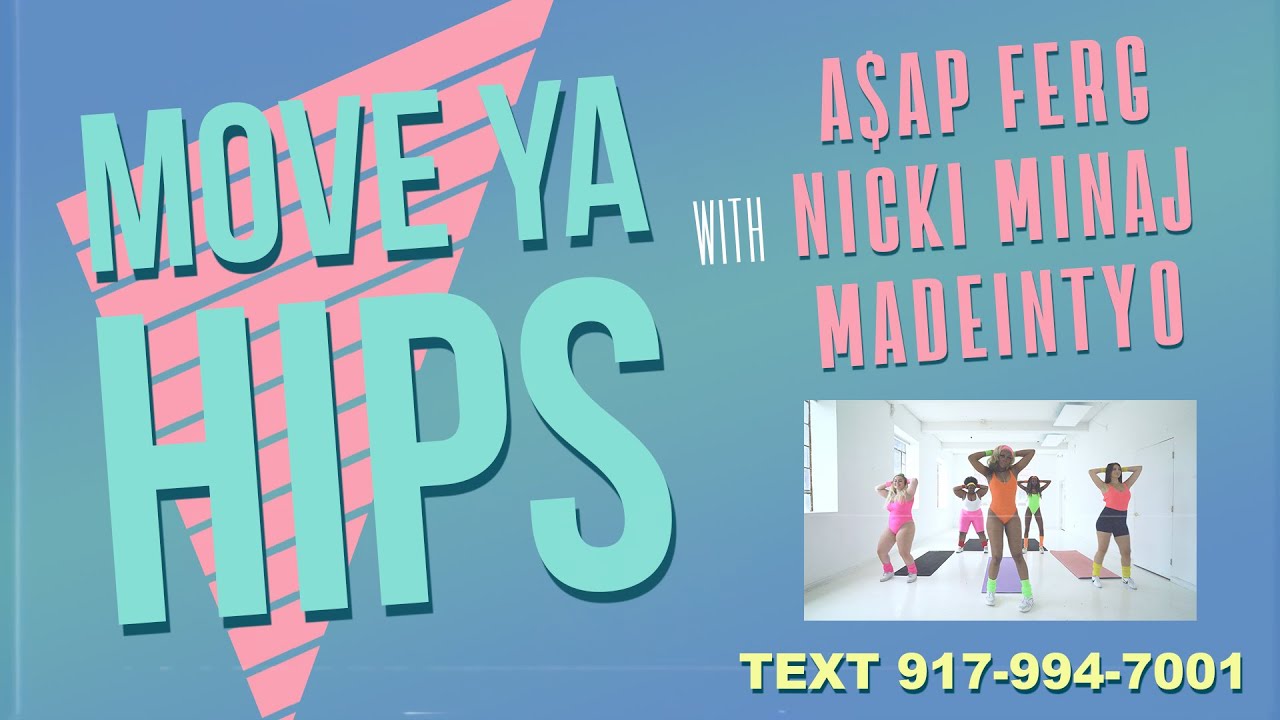 ASAP Ferg And Nick Minaj Want You To "Move Ya Hips" On New Single: Stream